Since the 2016 presidential election, great attention has been paid to how rural America votes, writes Assistant Professor of Education Mara Tieken in an op-ed published in The Washington Post.

Yet the resulting “narrative emerging about rural America has been woefully incomplete because so much of the media coverage has focused on only one slice of it: rural white America.” 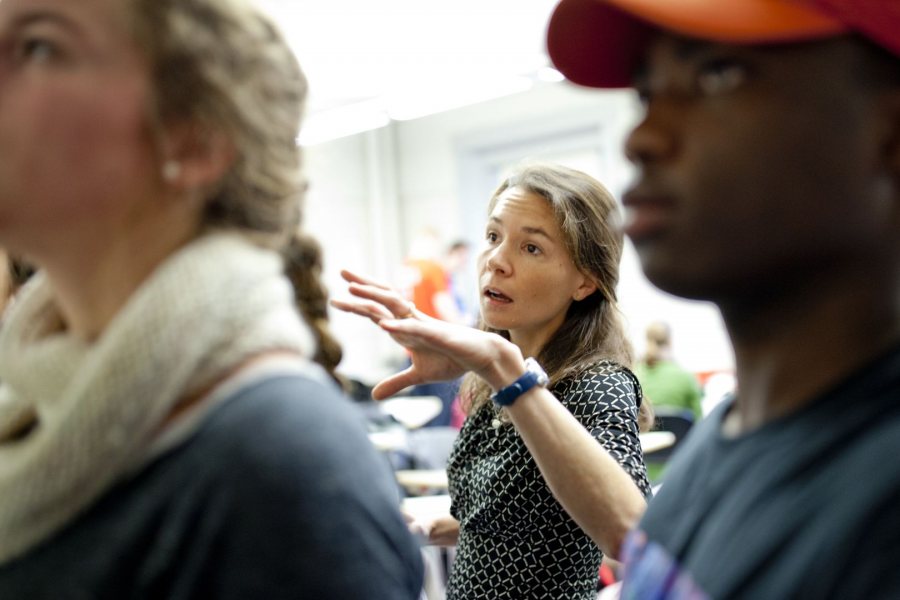 A focus on rural America is long overdue, Tieken writes, “and much of it is useful, as this increasingly urban-centric country tries to understand and reconnect with those living far from cities.”

Still, about one-fifth of all rural residents are people of color, and this rural America “has a different history from rural white America.” It is also paid less and receives “fewer protections for its labor than does rural white America,” she writes.

“And, as my own research shows, this rural America attends very different schools than rural white America, schools that receive far less funding and other resources.”

Speaking on April 5 to the Maine Public Broadcasting radio show Maine Calling, Associate Professor of Politics Stephen Engel talked about the Senate’s potential use of the so-called nuclear option to confirm Neil Gorsuch to the U.S. Supreme Court.

Using the option (which the Senate did the next day) means abandoning one of the few remaining “tools that forces conversation” amid gridlock: the filibuster.

“The logic of the filibuster is to try to meet a threshold of some level of super-majority, which would require some crossing over,” Engel said. As such, the filibuster “compels consensus.” 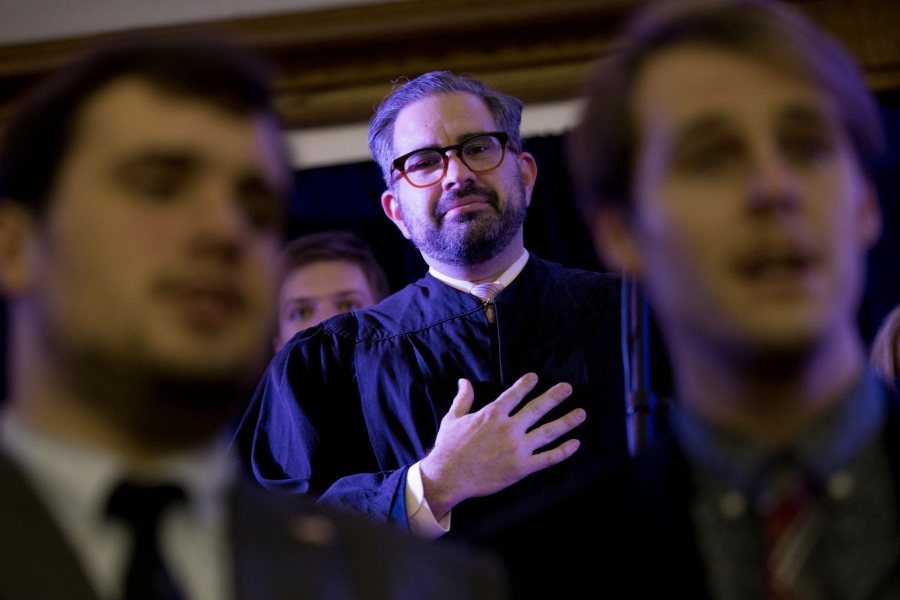 True, doing away with the filibuster “might make it easier for legislation or appointments to go through,” he said. But it also “tips the balance of the country away from a kind of consensus-driven democratic republic to a majoritarian-driven democracy.” In fact, “we may be already be there.”

Seven out of 10 prisoners at a local jail have a mental illness, according to research by Katie Stevenson ’17 reported in the Lewiston Sun Journal.

In reviewing the medical records of those patients, she found that 70 percent of inmates have a substance abuse disorder and/or a co-occurring mental illness.

Stevenson’s major is self-designed, in peace and conflict studies.

Investment News has named two alumni from the same class — Dynasty Financial Partners President and CEO Shirl Penney ’99 and financial-planning thought leader Michael Kitces ’99 — to its select list of 18 “Icons & Innovators who have shaped and transformed the financial-advice profession.”

Back in 2010, Penney “observed an accelerated trend of wirehouse advisers with ultrahigh-net-worth clients outgrowing their platforms and going independent. He saw an opportunity,” writes Deborah Nason. Those advisers, she says, were “asking for simplicity and integration. His answer to that need was Dynasty.” 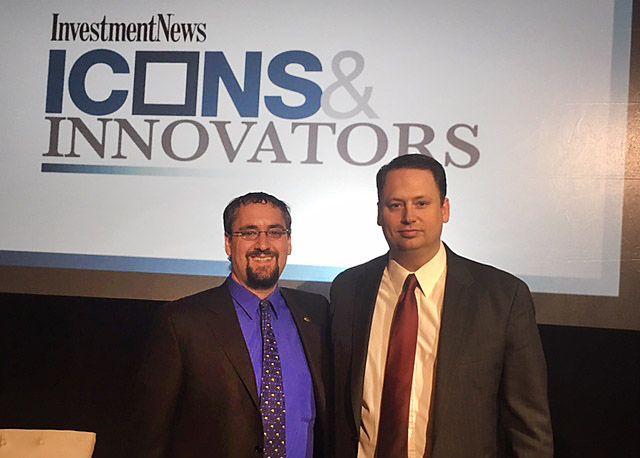 A partner and director of research at Pinnacle Advisory Group, Kitces is a financial-planning guru.  Well-known for writing and commenting on all things related to financial planning, his Nerd’s Eye View blog goes to 150,000 readers each month. Media outlets such as The Wall Street Journal, The New York Times, and Money routinely turn to him for comment on financial-planning trends and best practices.

Kitces’ work also supports financial advisers. “I have a lot of passion for seeing the adviser community succeed,” he said. “It’s such a young profession and it’s constantly changing.”

Luck trumps statistics in the randomness of bracketology — WRGB-TV

On the eve of March Madness, Mike Lopez ’04, assistant professor of statistics at Skidmore College, spoke with WRGB-TV in Albany, N.Y., about bracketology, the strategy of finding surprise teams that keep your bracket alive while busting everyone else’s.

Let’s cut to the chase: Lopez touted Gonzaga as an undervalued bracket pick in the men’s tourney. Gonzaga, which ultimately lost the title game to the University of North Carolina, “is worth looking at,” he told the CBS affiliate.

Various power rankings had the Bulldogs going far in the tourney, yet they weren’t popular in the brackets, he said. “You could buy high in terms of valuing their chances.”

Lopez also correctly predicted upsets in the East Region, which “is stacked,” he said, so “be careful” about going all in on No. 1 seed Villanova or No. 2 Duke. Each exited the East Region after one win.

The ultimate outcome of a sporting event, whether March Madness or the Kentucky Derby, often comes down to luck, he said. In sports as in life, “many things that you plan to go right can go wrong.”

“You can listen to whatever statistician you want, but at the end of the day I’m pretty sure that if I fill out a bracket with 100 other people, I’m not going to win much more than maybe two out of every 100 times.”

That’s “really humbling,” Lopez admitted, but it’s also “one of the things that I like about sports. It introduces people to randomness and luck, and March Madness involves a lot of luck.”

Bates honorary degree recipient William T. Coleman Jr., the second African-American to hold a White House cabinet position, as secretary of transportation, “found success on the heels of a brilliant academic career, but he did so in the face of bigotry — what he called ‘the more subtle brand of Yankee racism,'” The New York Times noted in its obituary for Coleman, who died March 31. 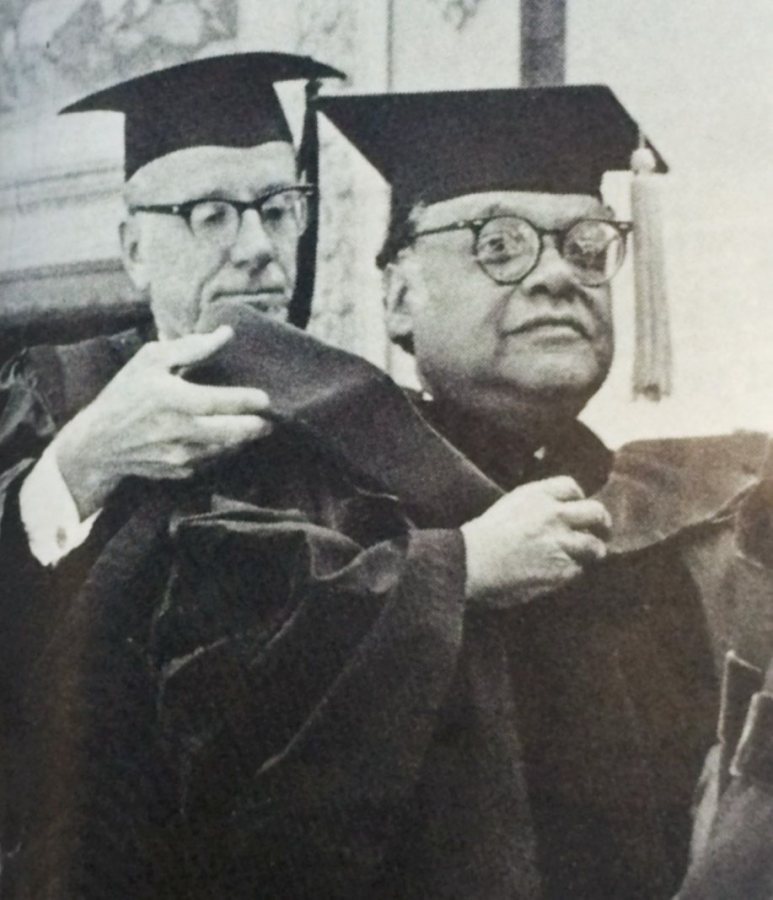 A civil rights lawyer starting in the 1950s, Coleman was a key figure in three major cases that went before the U.S. Supreme Court. Recruited by Thurgood Marshall, Coleman authored “the legal briefs that successfully pressed the court to outlaw segregation in public schools in Brown v. Board of Education in 1954.”

In presenting Coleman’s honorary degree in 1975, then-President Hedley Reynolds praised Coleman for “the plenitude of his gifts to our common life; and especially for the quiet example that intelligence and civility are companions to the pursuit of justice.”

In recalling conversations with Coleman during that year’s Commencement,  then-Dean of the Faculty Carl Benton Straub, the college’s Clark A. Griffith Professor Emeritus of Environmental Studies, said that “Coleman was especially appreciative of the college’s historical record regarding civil liberties. As I read his obit, his words back then were compliments indeed.”