Funded by a $3 million gift, a new Bates College professorship dedicated to STEM equity and inclusion will be held by Professor of Biology April Hill, announced President Clayton Spencer.

Hill, the college’s inaugural Wagener Family Professor of Equity and Inclusion in STEM, is an evolutionary developmental geneticist with a distinguished record of scholarship.

She brings to Bates a national reputation for leading significant programs to dismantle barriers that prevent underrepresented groups from thriving in science, technology, engineering, and mathematics (STEM). 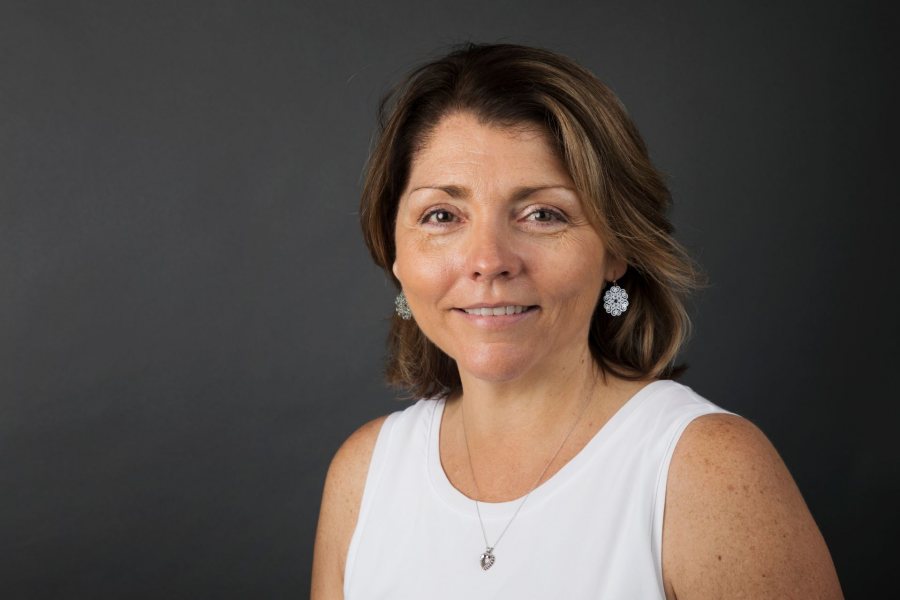 Professor of Biology April Hill is the inaugural Wagener Family Professor of Equity and Inclusion in STEM. (Theophil Syslo/Bates College)

“We are thrilled with the appointment of April Hill,” Spencer said. “April is a distinguished scientist, outstanding teacher, and successful academic leader who believes that creating diverse, inclusive, and equitable STEM communities is a prerequisite to redefining excellence in the sciences.”

A member of the faculty at the University of Richmond since 2004, Hill joined Bates in 2018.

“Helping to build communities of students who thrive in STEM is my vocational cornerstone, so it is a great honor to be the inaugural holder of the Wagener Professorship,” said Hill. “In words and actions, Bates cares deeply about finding answers to STEM inequities. I hope to learn from the Bates community how I can contribute to fostering inclusive excellence in the context of a Bates education.”

The Wagener Professorship has been endowed by a $3 million gift to The Bates Campaign from Deborah Heitz P’17 and Shaw Wagener P’17. “The idea for our gift came through our family’s experience at Bates,” said Shaw Wagener. “We are so pleased to see the convergence between our goals for this professorship and the college’s plans to create a more inspiring and effective experience for all students who wish to pursue studies in STEM fields.”

“She will be a worthy inaugural recipient of the Wagener Professorship — an exemplar of the important charge of this new endowed chair.”

Hill’s appointment follows a national search begun in fall 2017 by a seven-member Bates faculty search committee chaired by Professor of Politics and Associate Dean of the Faculty Áslaug Ásgeirsdóttir.

“The committee members are looking forward to April Hill’s leadership as we take on the questions of equity and inclusion in STEM fields,” said Ásgeirsdóttir. “All evidence of her ability to foster institutional change, in addition to being an excellent scientist and a teacher, tells us that she will be a worthy inaugural recipient of the Wagener Professorship — an exemplar of the important charge of this new endowed chair.”

The founding of the Wagener Professorship comes in the same year as Bates’ selection, in July, for a $1 million grant from the Howard Hughes Medical Institute as part of the national HHMI Inclusive Excellence initiative, which aims to catalyze national efforts to broaden participation of students from all backgrounds in the study of science.

As a researcher, teacher, and academic leader, Hill has led numerous efforts that yielded improvements in STEM education.

During her 14 years on the University of Richmond faculty, Hill was honored as the Clarence E. Denoon Jr. Professor of Science (2009–15) in recognition of her excellence in research and teaching. Promoted to full professor in 2013, she chaired the Department of Biology from 2016 to 2018.

As a researcher, teacher, and academic leader, Hill has led numerous efforts that yielded improvements in STEM education, making major contributions to the work of three consecutive HHMI grants of more than $3.7 million at UR, the last of which made significant advances in supporting underrepresented populations in STEM.

In 2012–13, Hill served as a Vision & Change Founding Leadership Fellow for the Partnership for Undergraduate Life Sciences Education. Known as PULSE, the program seeks to stimulate systemic changes within biology departments at all types of post-secondary educational institutions. She is a past recipient of the Award for Excellence in Undergraduate Teaching from the Virginia Foundation for Independent Colleges and the Outstanding Faculty Award from the State Council of Higher Education for Virginia.

Her research and leadership to improve STEM education has received significant grant support from the National Science Foundation and the Thomas F. and Kate Miller Jeffress Memorial Trust, as well as the Howard Hughes Medical Institute and other sources.

A major goal of her UR research laboratory was to create an inclusive community of support that would persist beyond her students’ college years.

She was a member of the university’s Terms of Racial Justice Faculty Knowledge Community, an effort to advance public understanding of racial justice. She served on the university’s Pathways Advising Program, which places first-generation students with faculty who have received training and support to serve as effective mentors.

As a researcher, Hill uses marine and freshwater sponges as model systems to look at the evolution of genetic regulatory pathways that govern the development of animal form and function. Conducted with undergraduates, Hill’s research has been presented and published widely at research conferences and gatherings worldwide and in leading peer-reviewed journals.

A major goal of her UR research laboratory was to create an inclusive community of support that would persist beyond her students’ college years. Forty-six percent of her research students were from backgrounds traditionally underrepresented in the sciences. Thirty-six of her students have been co-authors on 20 of her publications.

“I consider this form of pedagogical engagement to be my best teaching,” she said. 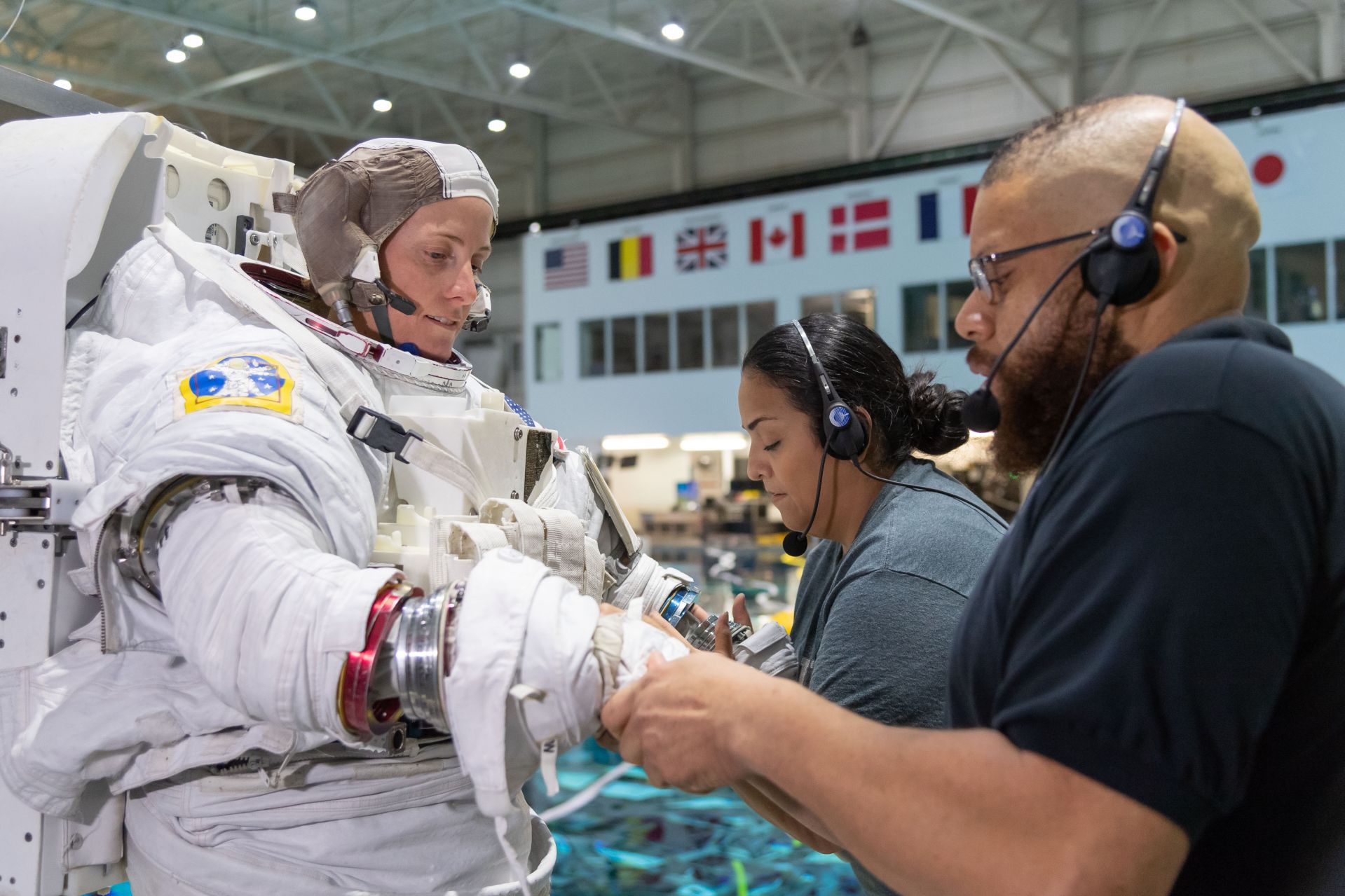