Among the graduating seniors, four sets of twins

Though they’re twins, Claire and Daly Naughton of Darien, Conn., didn’t consider themselves especially close growing up. They went to different high schools and independently made the decision to come to Bates.

On campus, in a new environment where they didn’t know many people, they got a lot closer.

“I remember freshman year in the Den, you were like, ‘You’re my best friend,’” Claire tells Daly on May 23 on the Historic Quad. “I was like, ‘We’ve never been that before.’”

“We were kind of each other’s anchors,” Daly adds. As time went on and they grew more comfortable on campus, “we just realized we make each other laugh, and we have a fun time together, and we have the exact same sense of humor.” 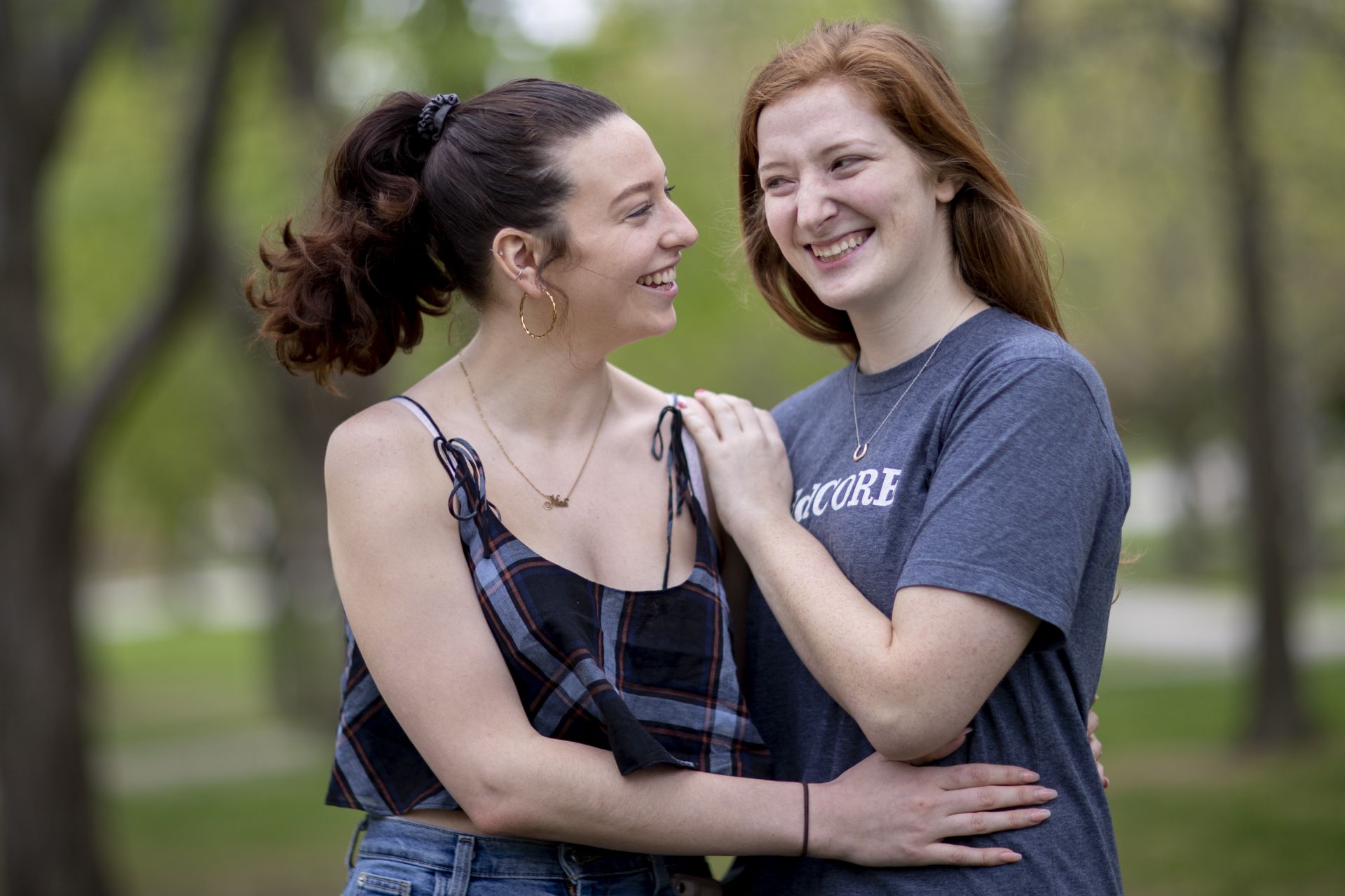 The Naughtons are one of four sets of twins graduating from Bates this weekend. We got them all on the Quad for a photograph on Thursday — a moment together for eight people who, of course, have forged their own paths.

Daly Naughton, an English major with a creative writing concentration, says her most valuable experience in college was studying abroad in Scotland — she’s returning there for a master’s in creative writing.

Claire Naughton, an environmental studies major and four-year volleyball player, will be the Senior Speaker at Commencement. She’s planning to move to Seattle after graduation. 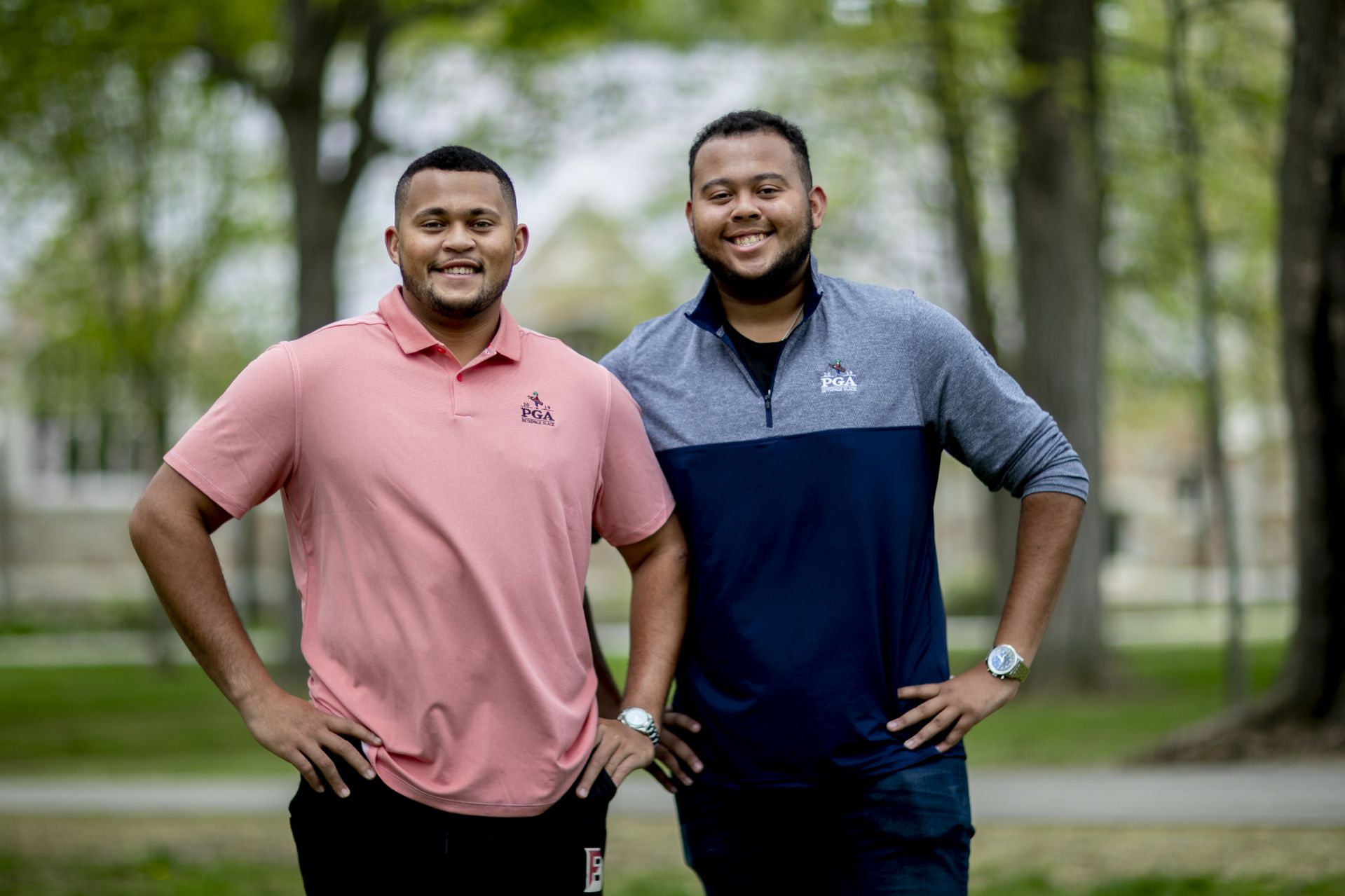 Duane and Dylan Davis are from Dix Hills, N.Y.  Duane majored in politics, Dylan majored in economics, and they both minored in Spanish. Both said their most valuable experience at Bates was playing on the tennis team, where they were captains.

John and Coley Cannon, of Greenwich, Conn., are both economics majors. Coley played squash for four years and is a team captain. John says his favorite activities on campus were intramural soccer and softball, and his favorite class was on the Great Recession, with Associate Professor of Economics Paul Shea. 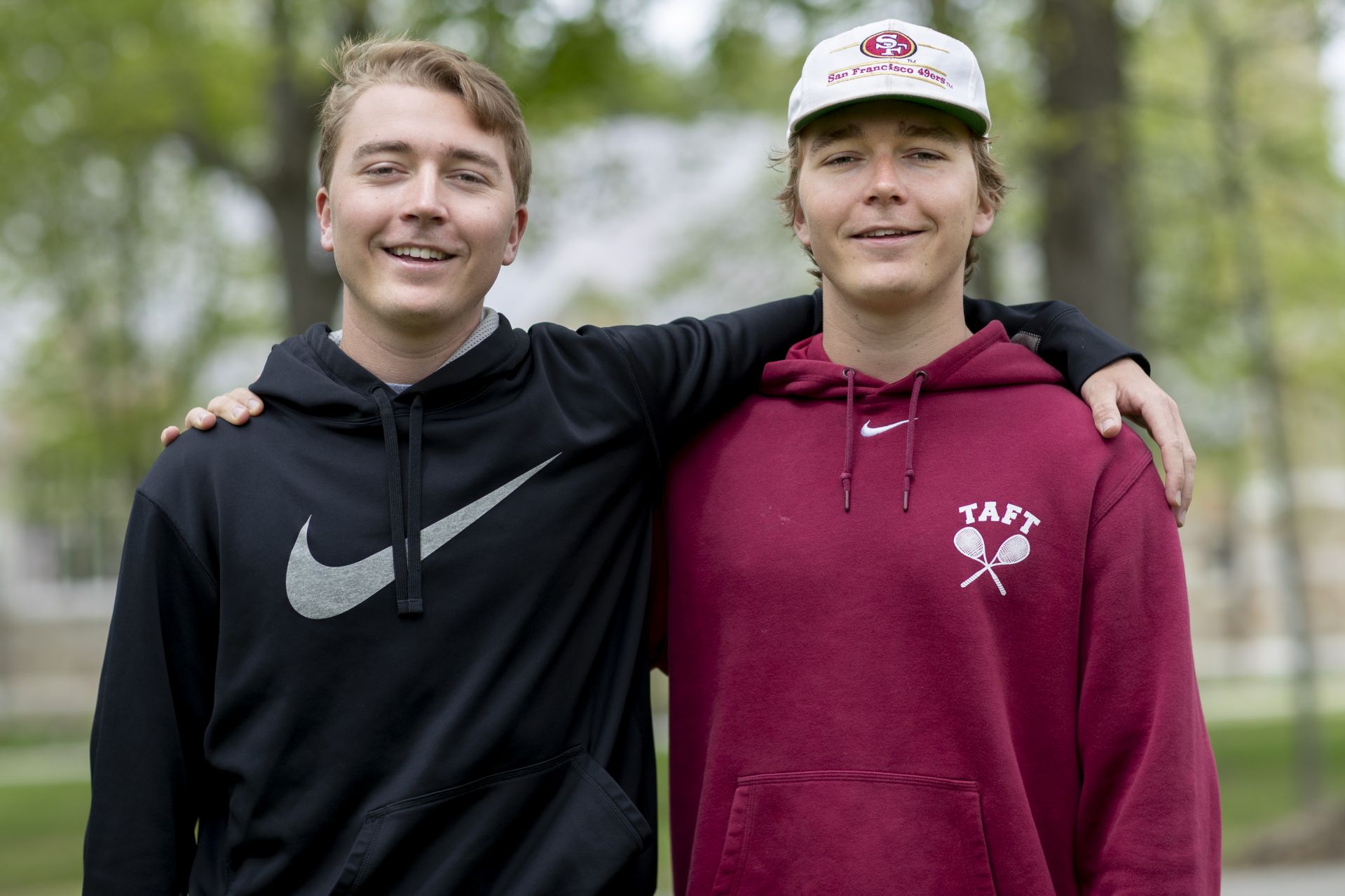 Having a twin on campus has been good for Mark and Frank Fusco, of Cheshire, Conn. The Fuscos also didn’t expect to go to college together — “We wanted to get away from each other,” says Mark — but they knew Bates through their sister, Floretta Fusco ’15. Once all the admissions chips fell, they decided Bates was the right fit for both of them.

Both brothers are runners, Mark focusing on cross country and Frank on track. Frank majored in politics and is co-president of the College Republicans; Mark majored in physics and is hoping to get into computer programming. 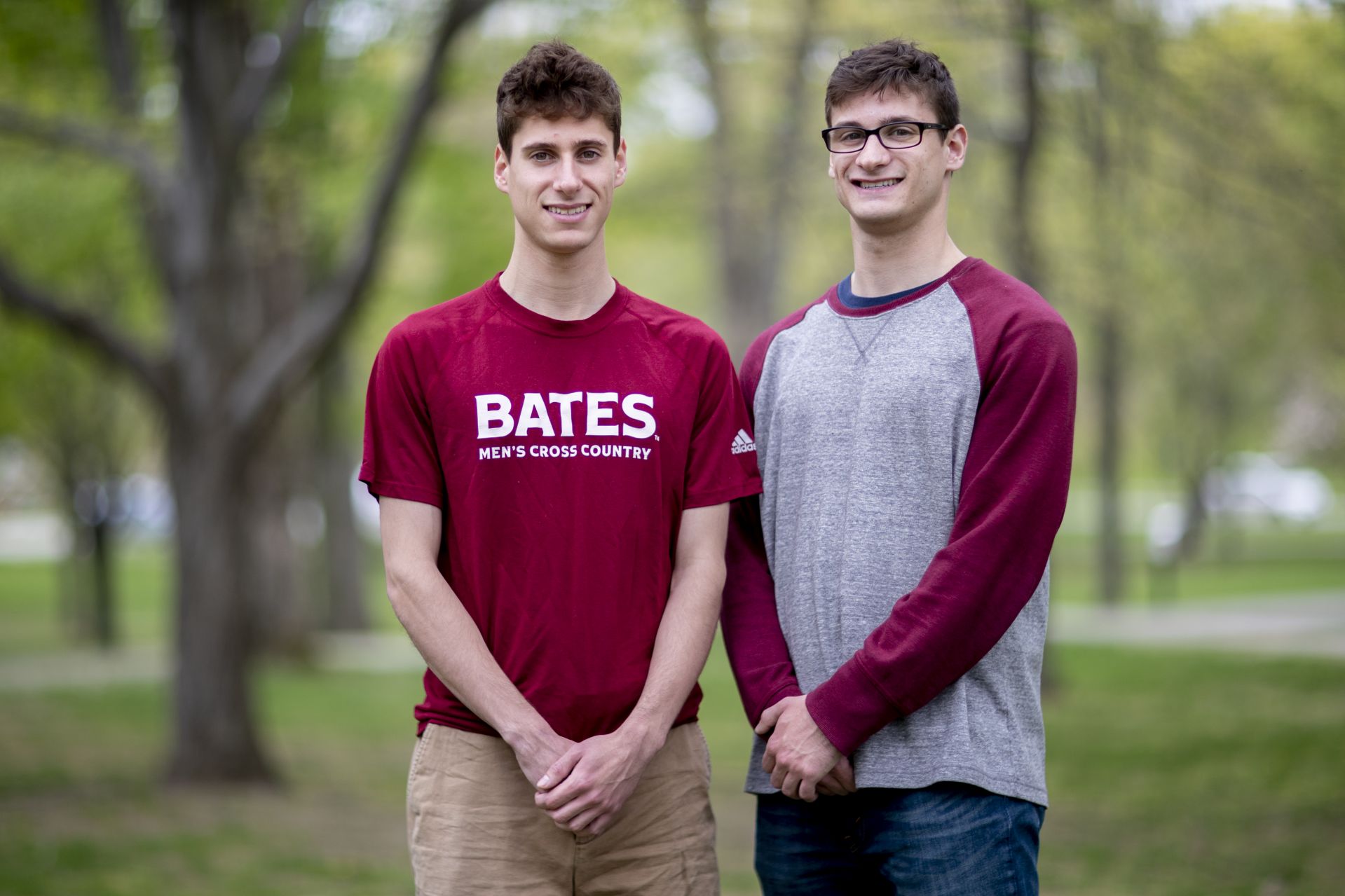 “Having a twin on campus, you always have a friend to go hang out with, and that’s one of the most valuable things about going to the same school,” Frank says. “You’re never lonely.”

“Immediately coming in, you have at least one other person,” adds Mark. “You split up, make friends, come back together, mingle and have a bigger group.”