Thanks to a major grant to Bates College from a foundation dedicated to the arts, creation has begun of the first-ever comprehensive, publicly accessible guide to all known artworks by Marsden Hartley, a pioneer of American Modernism.

The New York City-based Mr. and Mrs. Raymond J. Horowitz Foundation for the Arts recently conveyed to the Bates College Museum of Art the first installment of a $192,000 grant for the creation of the “Marsden Hartley Legacy Project: The Complete Paintings and Works on Paper.” 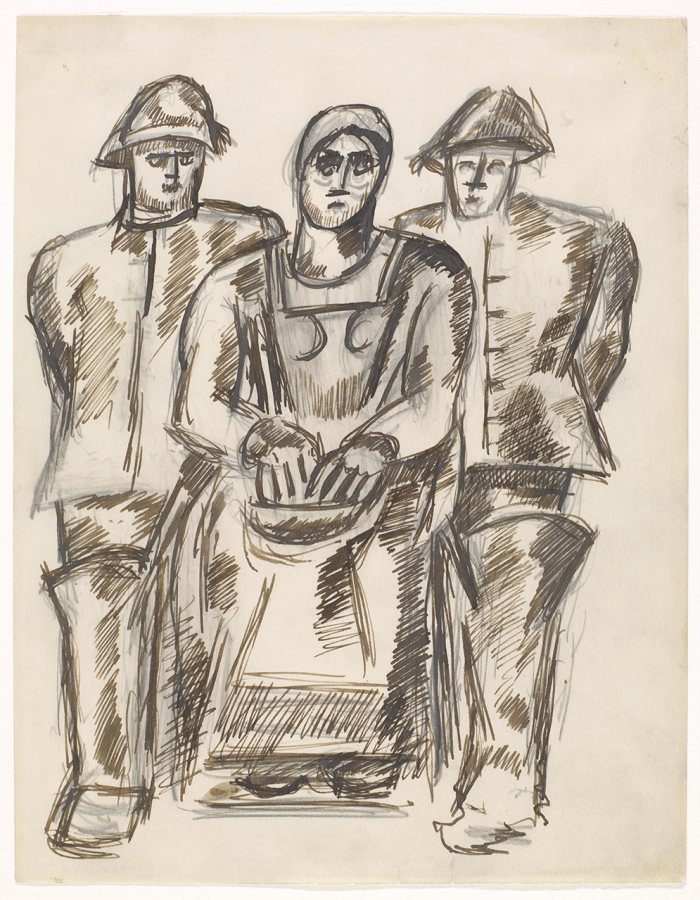 The initial phase of the Hartley Legacy Project will be an annotated online catalog of all known paintings and works on paper by the prolific artist, with publication as a book being a longer-term goal.

One of the biggest foundation gifts ever received by the museum, this year’s grant is the Bates museum’s second from the Horowitz foundation.

The first grant supported work on the Marsden Hartley Memorial Collection, which comprises art by Hartley and others and a treasure trove of personal possessions.

Hartley was born in Lewiston, Maine, in 1877, and died in the Down East city of Ellsworth in 1943. One of the celebrated circle of artists affiliated with New York photographer-art dealer Alfred Stieglitz, along with Georgia O’Keeffe and John Marin, Hartley today is celebrated as one of the most distinctive American Modernists — and one who defies easy analysis or characterization.

Gail R. Scott of Portland, Maine, an independent art historian and curator and an authority on Hartley, is partnering with Bates and will direct the project.

The Bates museum is widely recognized as an important Hartley resource thanks to the Hartley Memorial Collection, established at the college in the 1950s by a bequest from Hartley’s estate.

“As the home to the Hartley Memorial Collection and the museum in Hartley’s hometown, Bates thought it was important to be the institution to initiate this project and establish it here,” says Dan Mills, director of the Bates museum.

“In recent years, the museum has focused on stewardship, cataloguing, researching and making available information about this important collection. The museum and the Memorial Collection have increasingly been a research destination for scholars from around the world.” 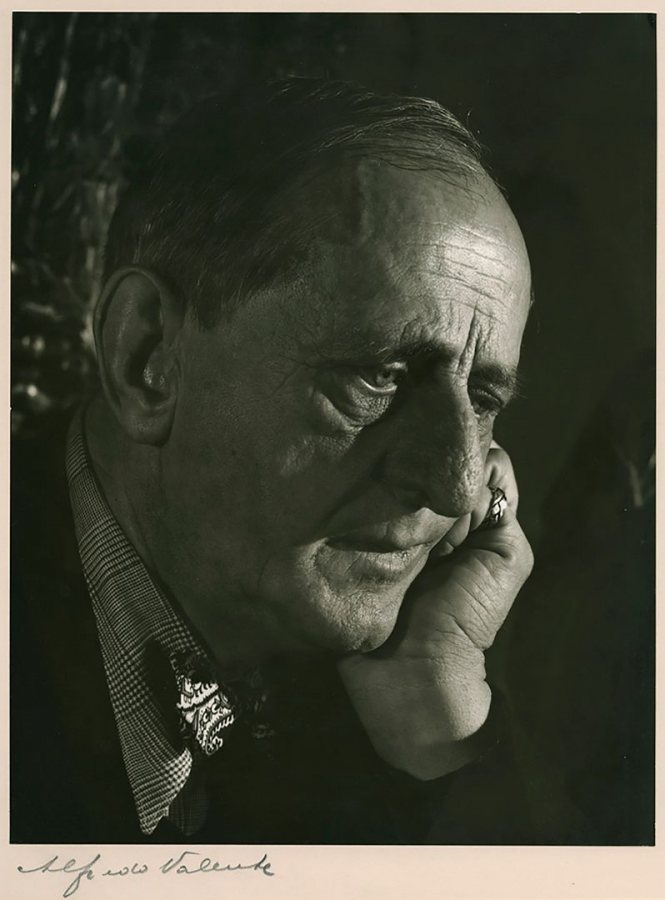 Marsden Hartley depicted in a gelatin silver print made around 1940 by Alfredo Valente, a photographer best-known for his images of Broadway actors and actresses. (Marsden Hartley Memorial Collection, Bates College Museum of Art. Gift of Norma Berger)

“She has been a friend and consultant to the museum for many years,” Low adds. Scott served as guest curator and essayist for the museum’s 2002 exhibition of works by Carl Sprinchorn, and has been closely involved with the museum’s effort, funded by the Horowitz Foundation and others, to update curatorial efforts around the Hartley Memorial Collection and improve online access to it.

Scott began her career as assistant curator of modern art at the Los Angeles County Museum of Art. She has published extensively, including exhibition catalogs on modern and contemporary American artists such as Richard Diebenkorn, Chuck Close, Wallace Berman and E. Ambrose Webster. She has also published work on such Maine artists as Carl Sprinchorn, Marguerite and William Zorach, and Harold Garde, but she may be best-known for her longtime Hartley scholarship.

Scott’s work with Bates on the Legacy Project will be based, in part, on Hartley research she has amassed over the decades. “It’s very important for scholars, galleries and museums, and even collectors to have this accessible,” she explains.

Scott discovered Hartley through researching the artist’s pre-World War I “German officer” paintings for a project at the Los Angeles museum. Among other Hartley projects, she went on to write a definitive monograph on his art and to edit collections of his essays on art topics (On Art by Marsden Hartley, 1982) and his poetry (The Collected Poems of Marsden Hartley, 1987). 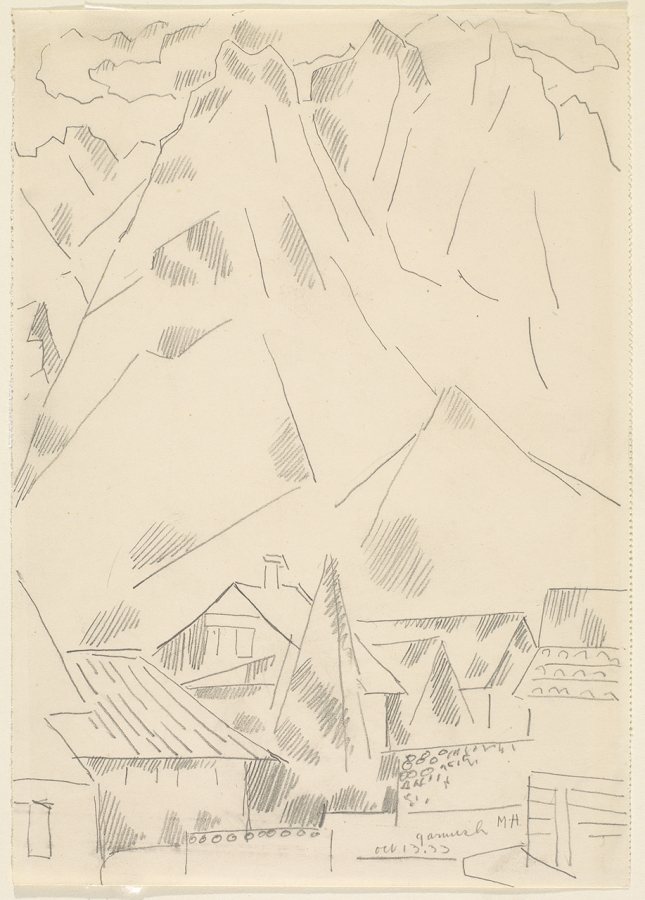 “Garmisch” is a 1933 drawing in graphite on paper by Marsden Hartley. (Gift of Norma Berger)

She adds, “I think one thing that has not been examined enough is the quality of his painting and the handling of paint. And also the extraordinary way that he charged a canvas with energy and depth of, sometimes, emotions, and sometimes mysterious or mystical of implications. He’s a painter’s painter.”

Such exhibitions include 2017’s Marsden Hartley’s Maine at New York’s Metropolitan Museum of Art and the Colby College Museum of Art; Marsden Hartley: The German Paintings, 1913–1915 at museums in Berlin and Los Angeles; and a 2019 show at the Louisiana Museum of Modern Art, in Denmark, the first major Hartley retrospective in Europe since 1961.

Bates has more than 100 artworks by Hartley, including the 99 drawings that came with the Hartley bequest. Other institutions in Maine at which he is represented include Colby and Bowdoin colleges. Scott will visit institutions with major Hartley holdings in Minnesota, Nebraska, Arkansas and elsewhere to conduct additional research.

The Marsden Hartley Memorial Collection has also received generous support from the National Endowment for the Humanities, the Coby Foundation, and the Henry Luce Foundation.

Once the Legacy Project is online, the entry for each artwork will include basic facts about its creation; notes on its provenance, exhibition history, alternate titles, literary references, etc.; and scholarly commentary by Scott.

Many major artists have been the subject of comprehensive published catalogs of their oeuvres. Why has there been no such resource for Hartley?

It hasn’t been for lack of trying, says Scott. Two attempts at a Hartley catalogue raisonné have been undertaken but not published, one fairly recent and another by Hartley scholar Elizabeth McCausland during the 1950s. McCausland’s research has recently been made available online at the Archives of American Art and has been an important source for Scott’s scholarship.

Scott herself has compiled a substantial database of Hartley’s paintings and drawings that will be converted to a web-based platform as the basis of the Hartley Legacy Project.