One of the most important lessons Jesse Saffeir ’20 of Pownal, Maine, has learned at Bates is the importance of applying what she learns in class to her own life in the world.

“What impact do we have on other people, and how can we move through spaces in ways that make people feel comfortable and included?” she says.

An environmental studies major, Saffeir began to think about how she moves through one type of space in particular: Maine’s power line corridors. The corridors, cut through fields and forests to make way for tall towers and wires, are juxtapositions of what we think of as manmade and natural — if we think about power lines at all.

“We all, for the most part, rely on electricity to live, and we never really encounter the spaces where that energy is produced and transported,” Saffeir says.

So last summer, Saffeir walked along the corridors, funded by a Bates Otis Fellowship, which supports students investigating relationships between humans and nature. She defined the experience more as bushwhacking than hiking — since there are no trails, she had to make her own maps and plan where to get her food.

“I think we often forget just how much we rely on the spaces around us for our well-being and our sanity,” she says.

Saffeir wrote a poem each day as she walked, later collecting them into a book called Transmission: Poems from Maine’s Powerline Corridors. 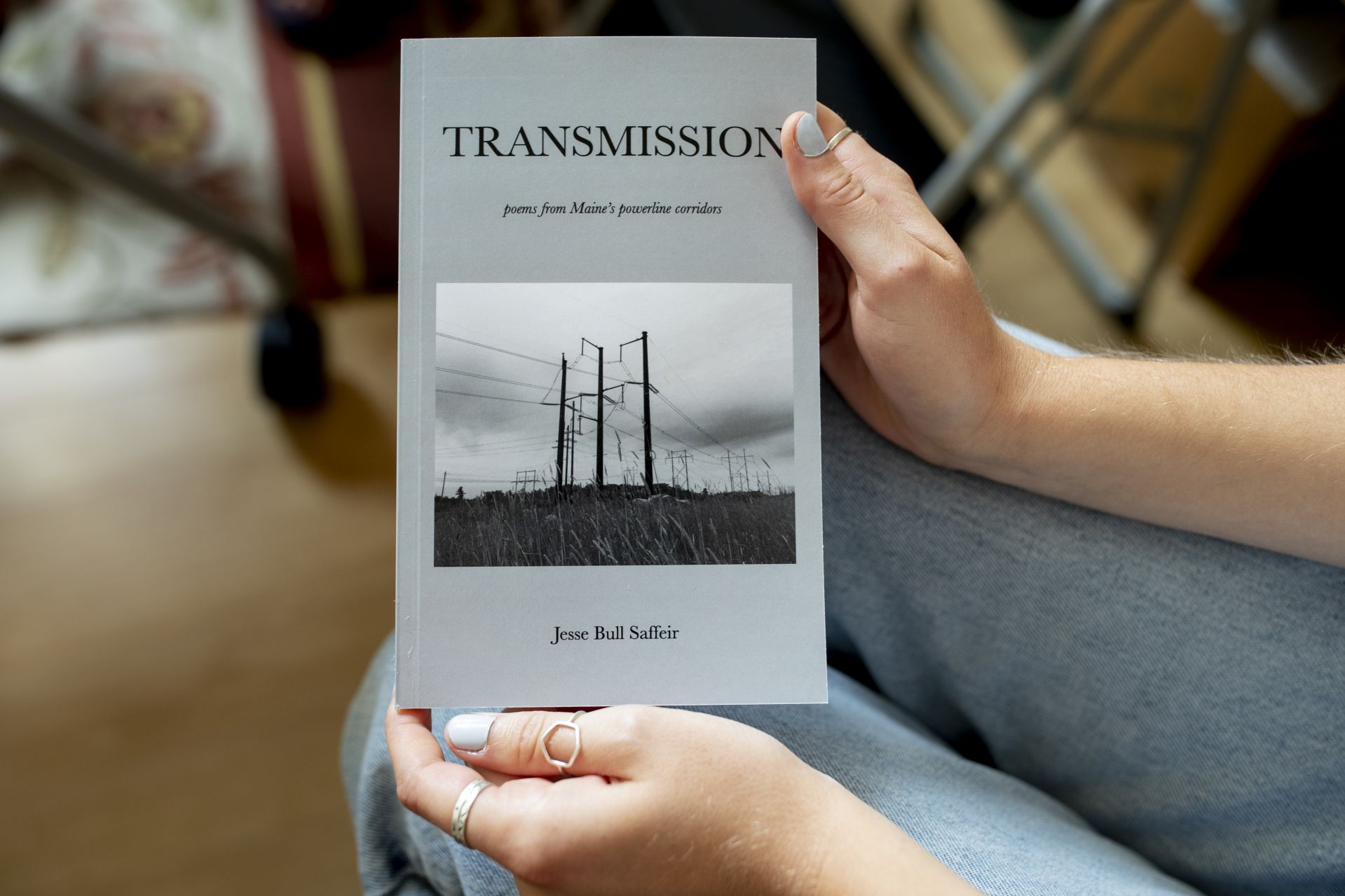 Walking the lines, Saffeir says, has reinforced and given deeper meaning to what she has learned in her classes: that the environment isn’t just the wilderness, that there’s no clear binary between “human” and “nature.”

“I want to think a little bit broadly about our environments as being the places where we live, where we work, where we play, and also the environments that we rely on but don’t really spent a lot of time in,” she says.

“Being able to apply the things that we’re learning about in a very direct way to our own lives is so important to just becoming humans in this world.”

Here is one of the poems from Transmission:

I step into the lake to fill
an empty jug with cool clear water.
I cannot trust my senses
so I heat it to a boil.

sooner or later everyone
gets thirsty

the world is not a disease
that I know of.
it is an inheritance beyond
my wildest dreams.

at night the space between my eyes crawls
with deer ticks, vectors that will burrow
their bodies into me transmitting
a fear I cannot see.

I walk along transmission
lines. the air grows charged
condenses to a static spark
each time I touch a finger to metal