One floor below the stage, in the theater department’s scene shop, Bates photographer Theophil Syslo had a pop-up studio at the ready, and he captured these portraits as each performer completed their act.

A Night in Bollywood 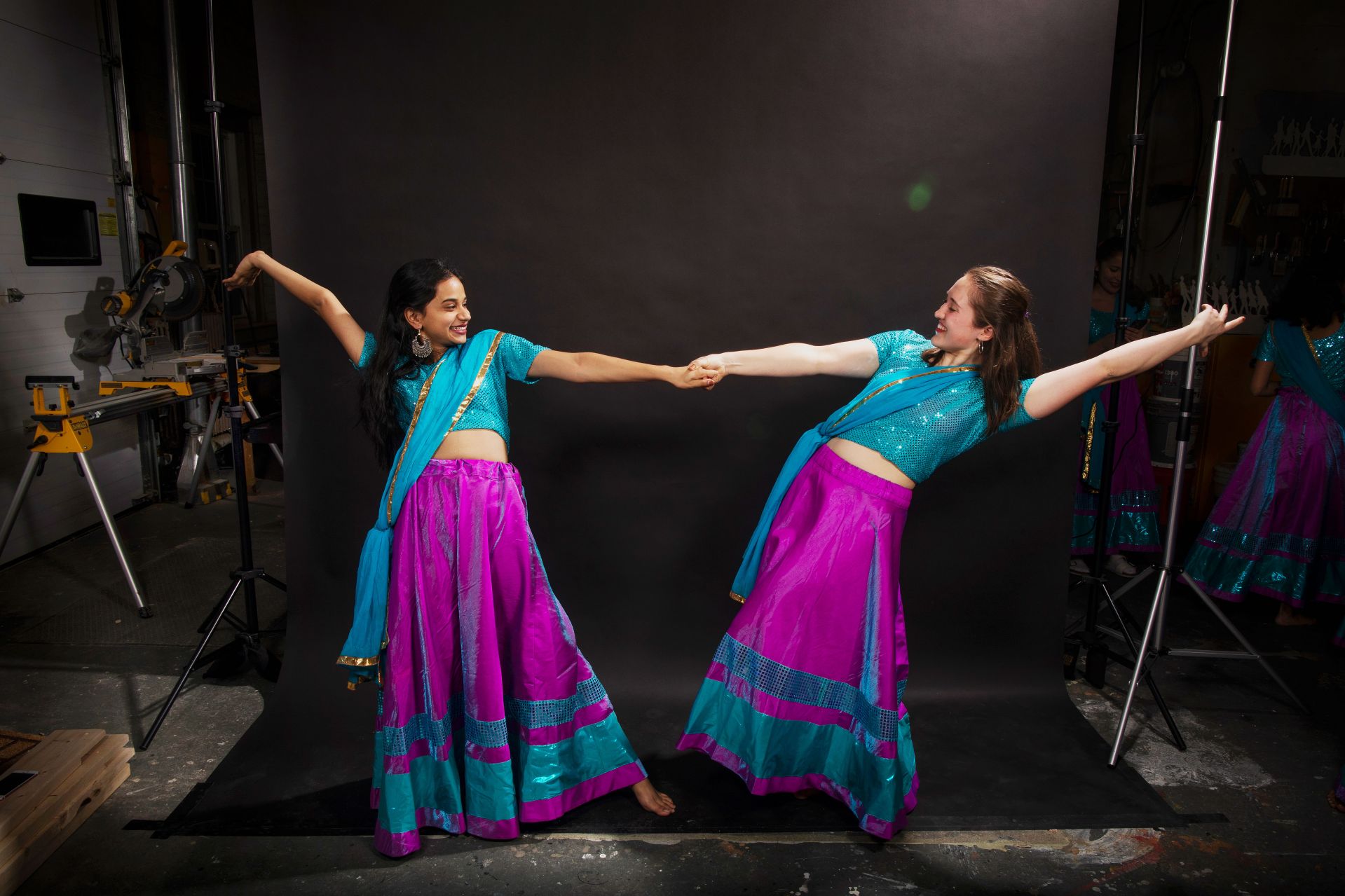 Performance: Dancing to music from several Bollywood hits from recent years, including “Naccde de Saare” from Baar Baar Dekho and “Chogada” from Loveyatri.

What they’re wearing: The women wear lehengas; the men, kurtas.

It’s “bright colors in your face,” says Armaan Mecca ’21 of Chennai, India. “Every time we do Sangai Asia Night, we try to embrace the culture, so that’s why the costumes are sparkly and bright. If you were dancing in India or going to a wedding, this is what you would wear.”

Dancing for Mom: “Back home, there is a lot of Bollywood dancing,” says Mecca. “I was never really a part of it much — my family members dance, but I just never really felt the need to dance.

“Once I was here, and I saw that Bates celebrated Asian culture in such a way, I just knew that I had to be a part of it. The fact that it was Bollywood made it even more special for my family. Just watching videos of me do this makes my mum really happy.” 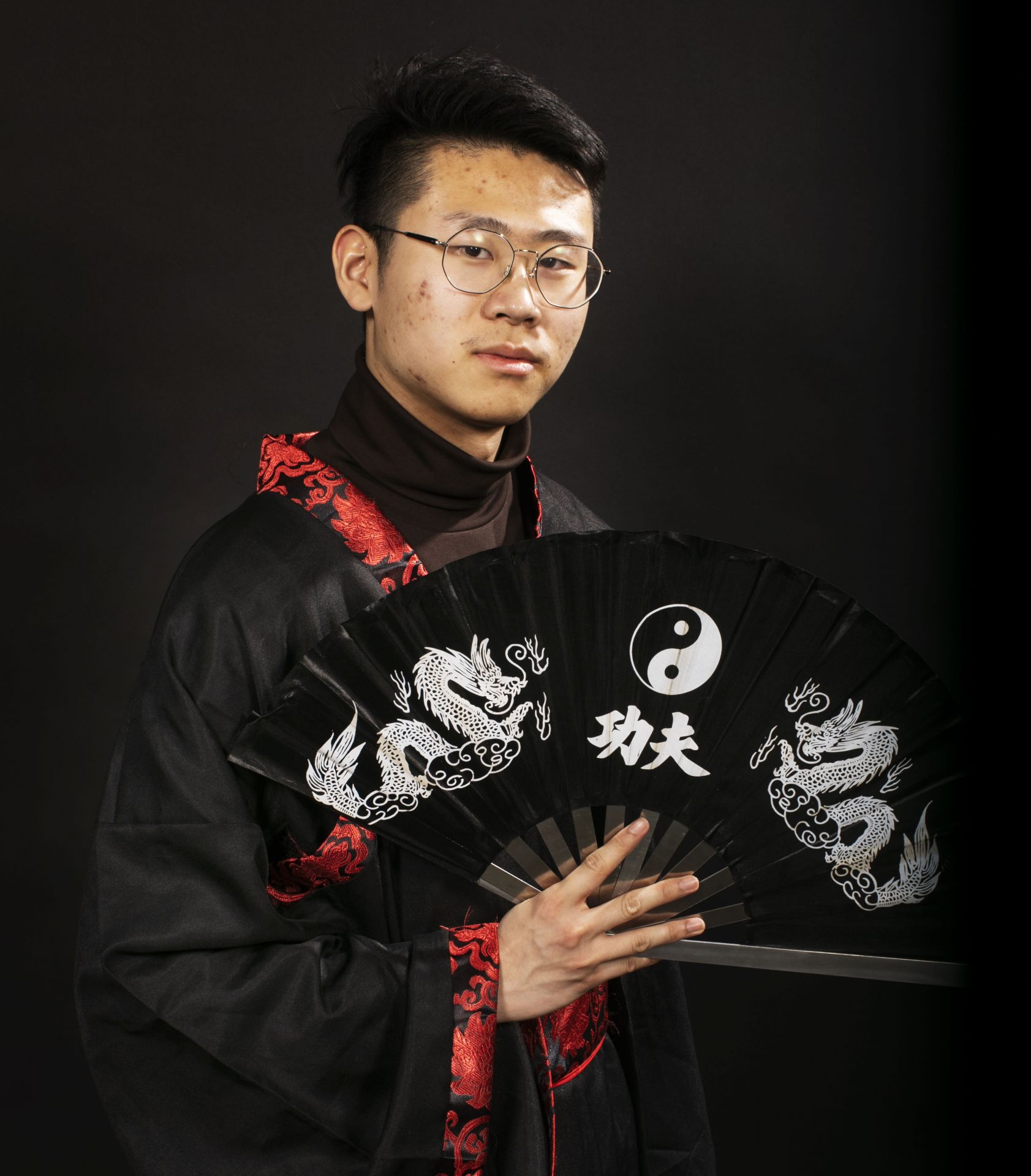 Xuchong Shao ’20 of Shanghai, who participated in the fashion show. (Theophil Syslo/Bates College)

What he’s wearing: A traditional Han Chinese outfit, often called Hanfu. “It is a way to relate myself to my ancestry and to the rich history that my country has,” Shao says. 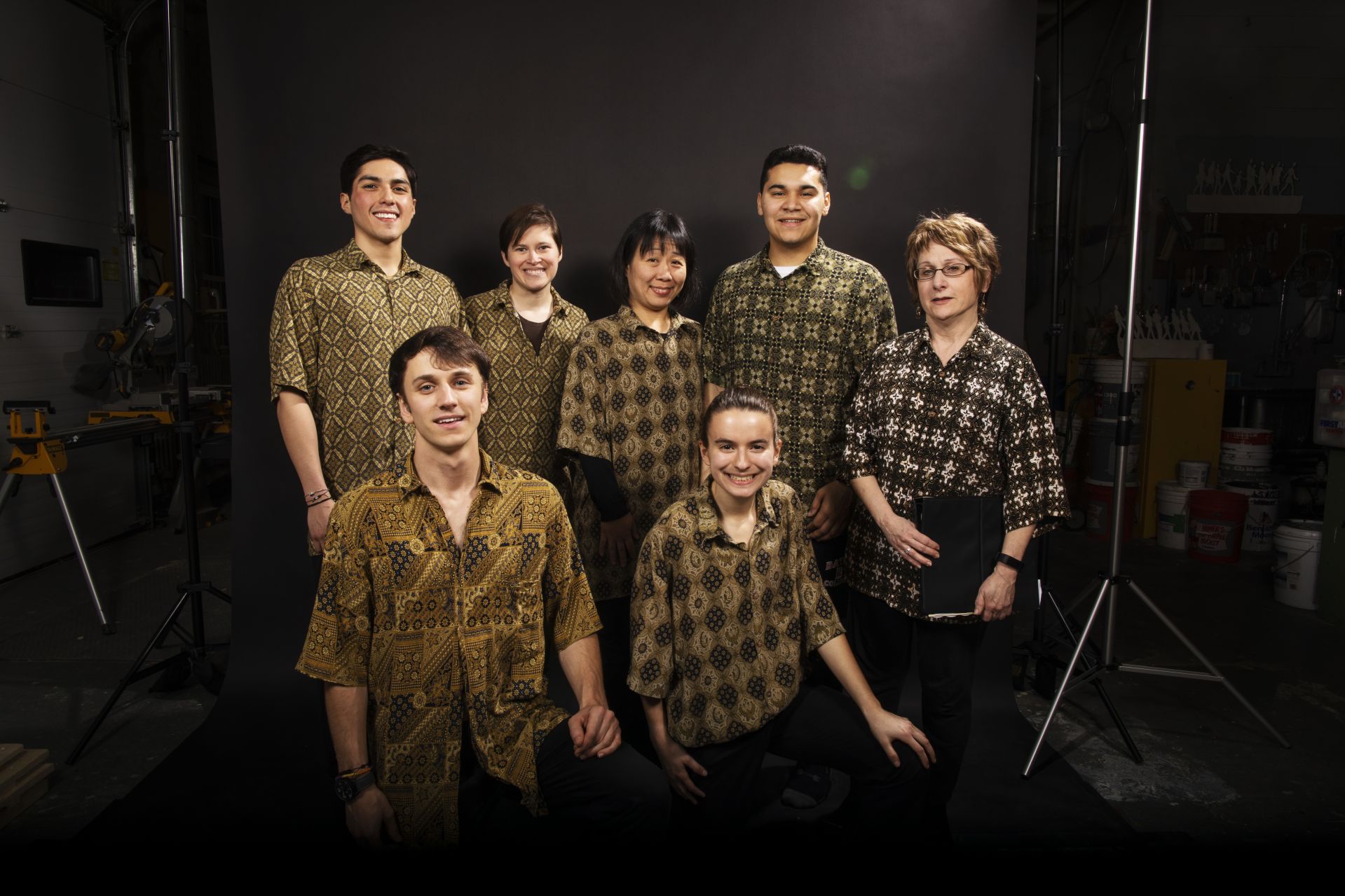 What they’re wearing: “They’re central Javanese shirts that Gina [Fatone, an associate professor of music and the Gamelan ensemble director] got in Java when she was doing research there,” says Michael Lombardi ’21 of Kittery, Maine.

A group effort: “Everyone spent so much time preparing — they’re just really wanting to put on a good show,” says  Antonio Heredia Soto ’20 of Stamford, Conn. 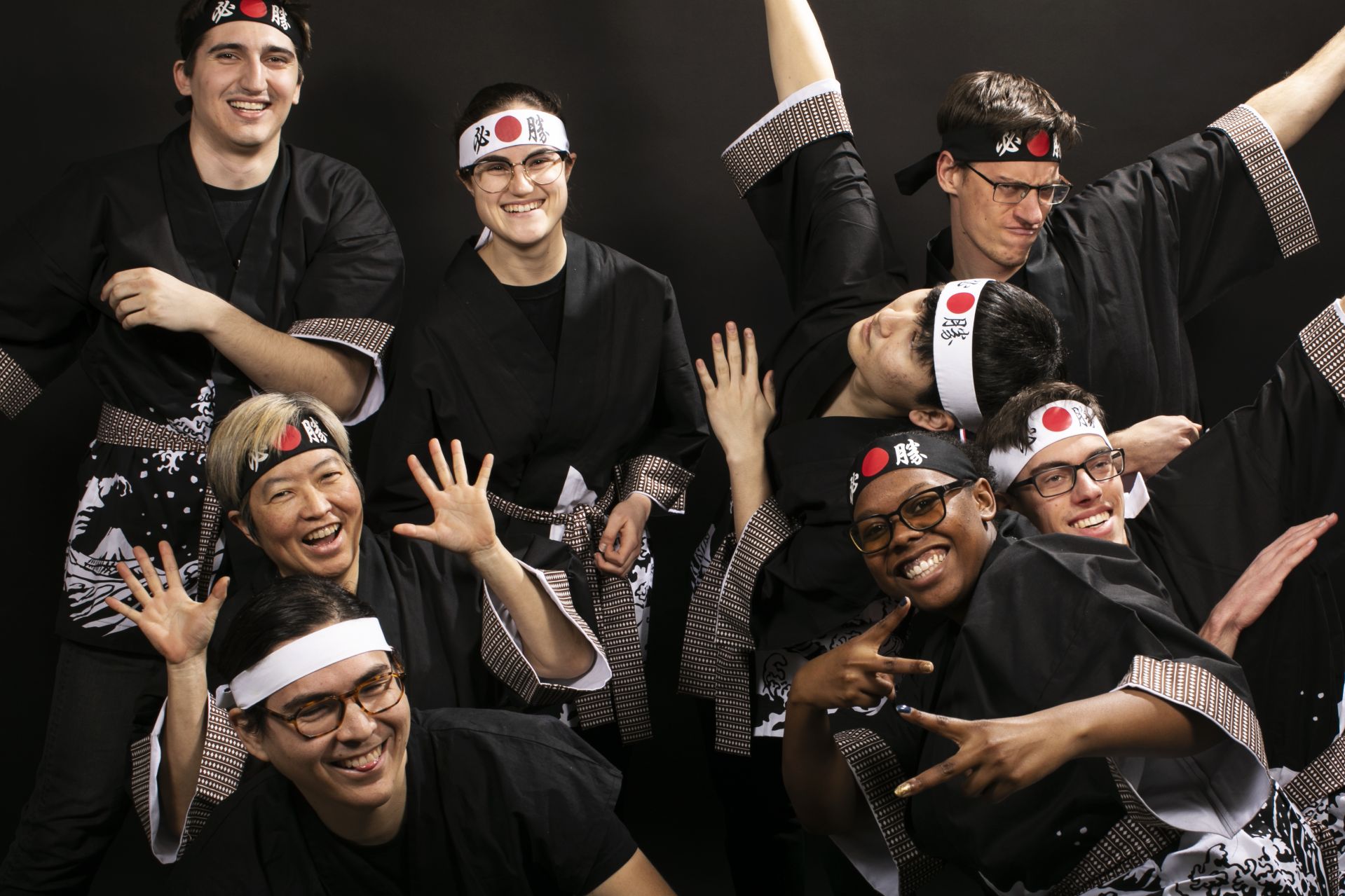 Performers: The Bates Taiko Club. “Taiko is passed down through word of mouth, which is why I feel really honored to be able to pass down the information from all these years to the new members who are coming in each year,” says member Noah Cowper ’21 of Rye Beach, N.H.

What they’re wearing: Traditional clothing of taiko drummers, including hachimaki (headbands) which feature the word “victory.” 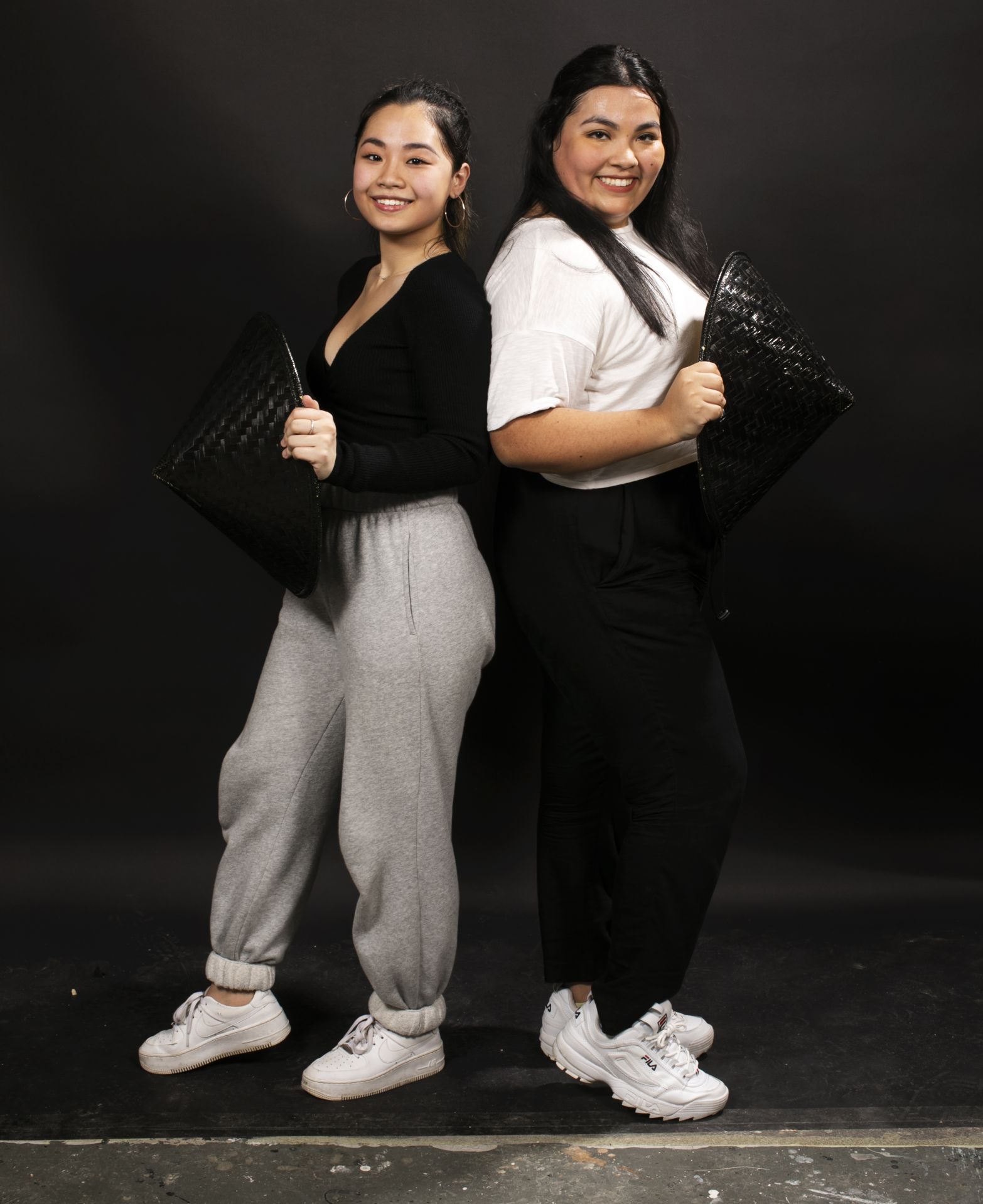 Performers: 2BEATS, the Bates hip hop dance club. “These years, as Asian pop artists such as Higher Brothers are getting more and more recognition, this is an opportunity for us to show our support for these Asian artists and at the same time be proud of them,” says 2BEATS president Judy Wang ’20.

Full circle: “This will be my last performance at Sangai Asia at Bates,” says Wang. “I started my dancing career four years ago. At Sangai Asia, the crowd really encouraged me to keep dancing, to join the group 2BEATS, and finally, this year, to organize 2BEATS. This is where I feel I belong at Bates.”

Dancing in the Han Court 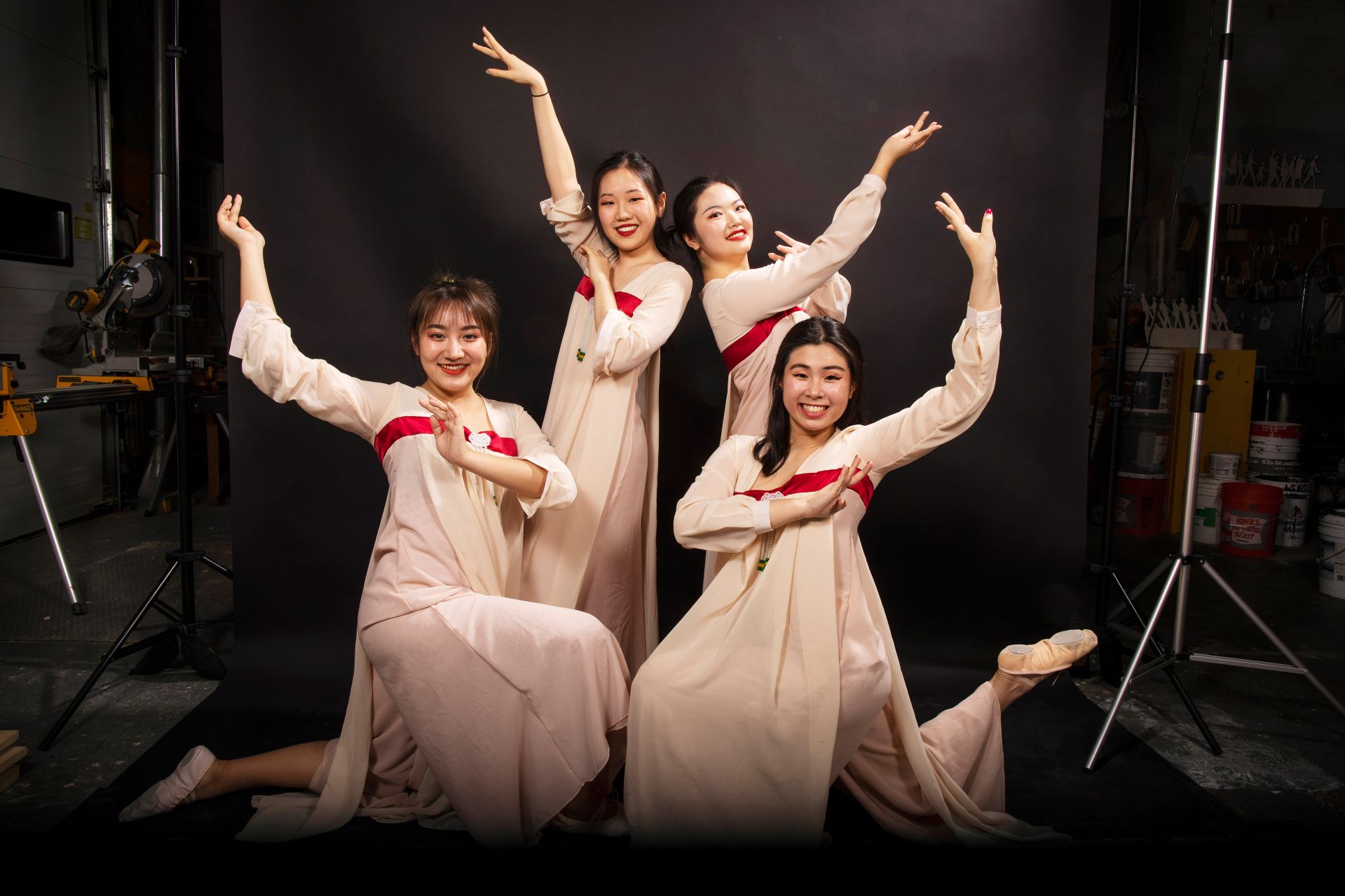 What they’re wearing: Traditional outfits from the Han Dynasty

Happy coincidence: Sangai Asia Night took place the day before the Chinese lunar new year — for some of the dancers, it was their first new year away from home.

Tying It All Together 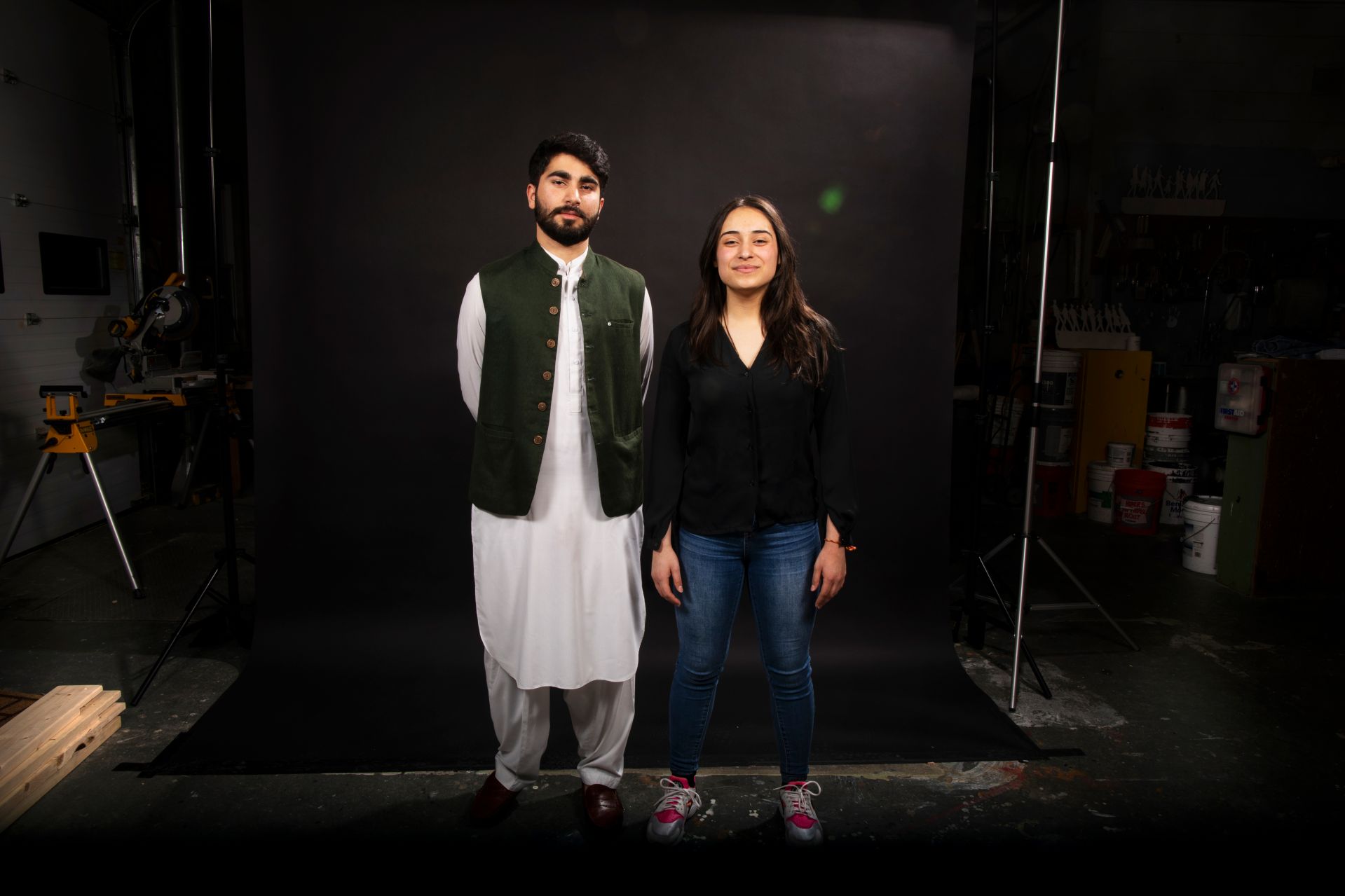 What Shoukat’s wearing: Shalwar kameez, a traditional South Asian outfit comprising a long tunic and wide pants that narrow at the bottom. “The important part of it is that my country’s flag is also green and white, so I’m representing that,” he says.

One last Sangai: “I’ve always been involved in theater and production, so it’s just very natural for me to act,” says Shoukat.

“I’m using heritage to inform the people who come out to watch tonight’s performance about where I’m coming from.”