“I think I’m on the phone with someone’s mom,” said a wide-eyed Jaimin Keliihoomalu ’21 of Kapolei, Hawaii.

I had been arranging items on a low wooden table to photograph for this edition of Library Lost and Found. Nearby, studying with a friend, Keliihoomalu was taking a look at a pair of lost (but soon to be found) Bluetooth earbuds.

“How do you work these?” he asked before fitting them in his ears and powering them up. 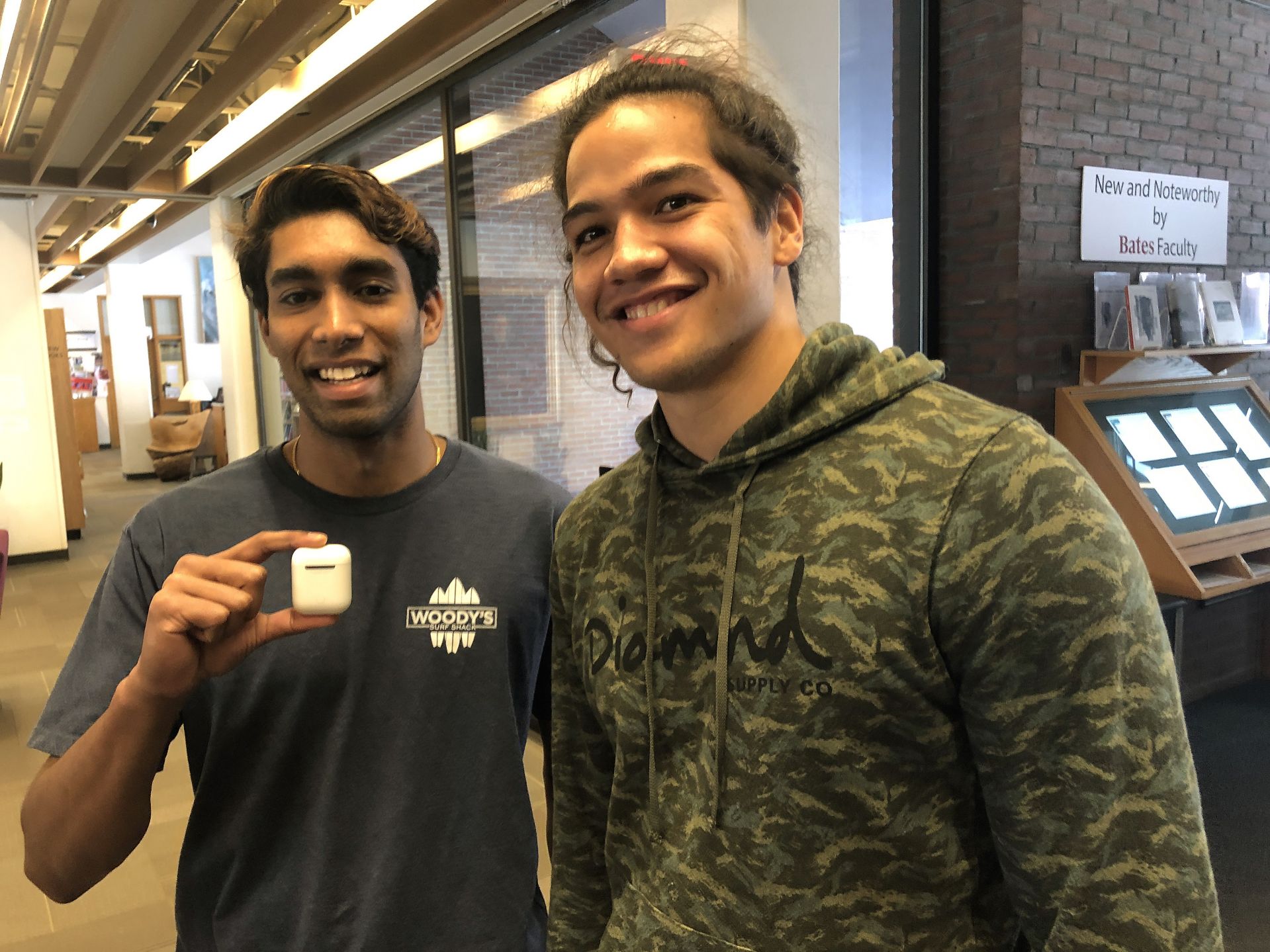 It was at that moment that Keliihoomalu apparently connected to someone’s phone and, perhaps, to someone’s mom. So Keliihoomalu quickly took the buds out, a bit abashed. But still very curious, he put them in again and powered them up again. And again he was in conversation with someone. “She asked me if I disinfected them,” he said.

In search of the other half of the paired device, he and I headed toward the nearby forest of study carrels on the first floor of Ladd. Suddenly, a student stood up, looking at his phone, clearly bewildered. He saw Keliihoomalu; they gestured a greeting to one another as he walked over.

It was Vidyut Yadav ’20 of Chagrin Falls, Ohio, and yes, he’d been on the phone with his mom, Anuradha, when Keliihoomalu inadvertently cut in to the call via Bluetooth. “I think these are yours,” Keliihoomal said. “Sorry, but I put them in my ears.”

“It’s all good. Thanks, man,” said Yadav, who’d lost the ear buds a few days before and had tried to find them, not yet realizing there was a Lost and Found. 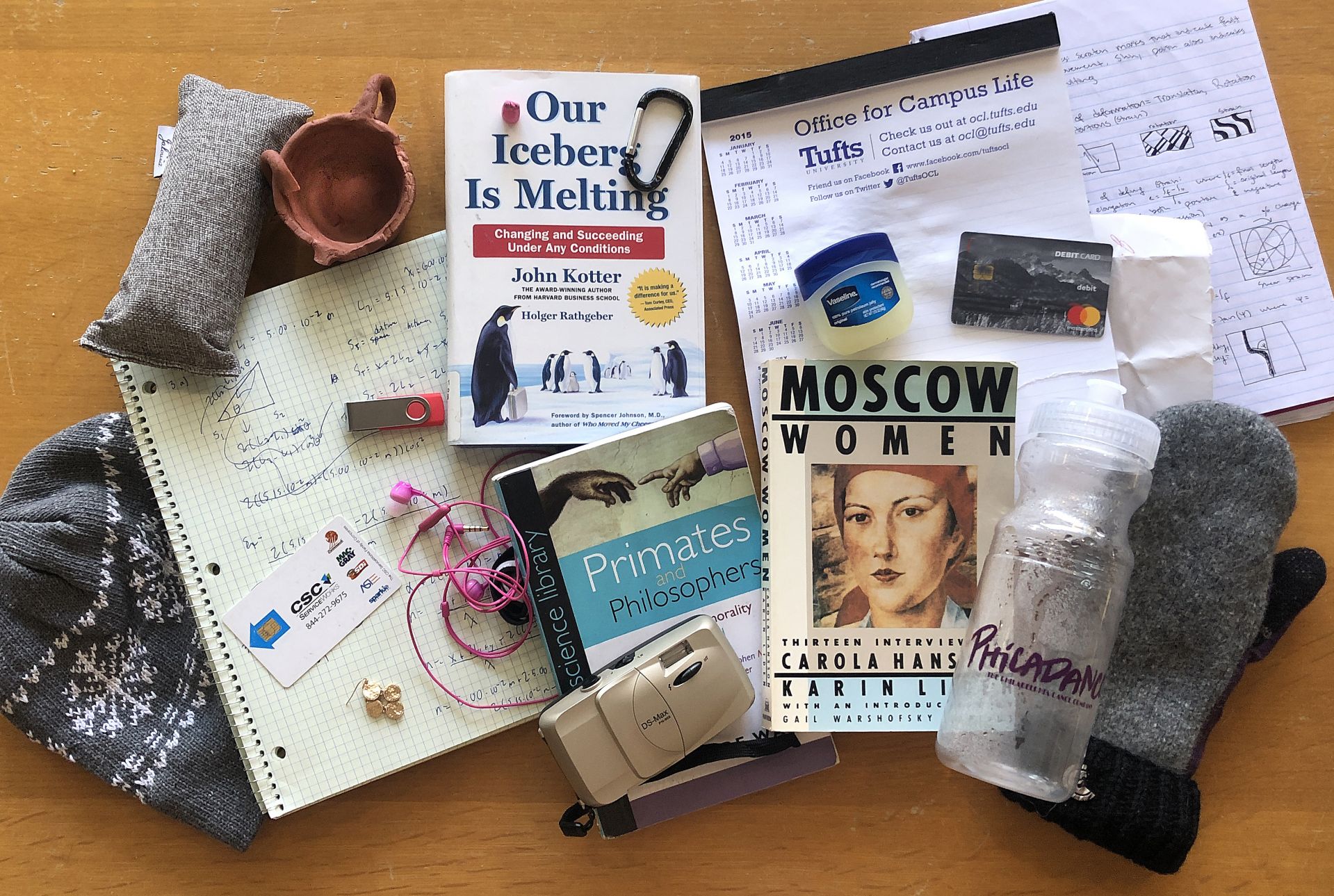 The earbuds no longer lost, the once-18 items became these 17:

Note: Valuable lost items like credit cards are kept in a secure area behind the circulation desk.