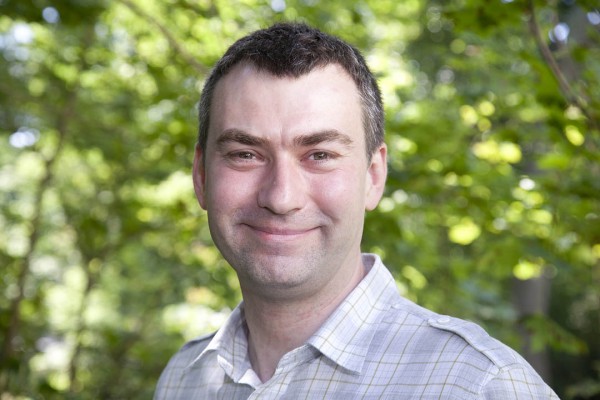 If you grew up with M*A*S*H  or the World War II cartoons of Bill Mauldin, the power of battlefield humor won’t be new to you.

Jakub Kazecki, hired in 2012 as assistant professor of German in a joint appointment with Raluca Cernahoschi, has invested considerable research in the topic — as evidenced by his book Laughter in the Trenches: Humour and Front Experience in German First World War Narratives, released in July 2012 (Cambridge Scholars Publishing).

Kazecki’s book focuses on World War I fiction with an autobiographical basis, including such well-known works such as Erich Maria Remarque’s All Quiet on the Western Front. But while Kazecki’s field is German literature, he points out that humor operates in similar ways across nationalities and other constructs of identity.

Within a given military setting, Kazecki argues, even pro- and anti-war factions tend to find the same things funny. Remarque is considered a pacifist, but what his soldiers laugh at “is much the same as what the soldiers in works by more conservative authors laugh at. They subscribe to a similar set of values.”

“Humor has a strict social function that organizes relationships between members of groups,” he says. For instance, when we laugh at someone slipping on a banana peel, “it means, first, that we’re bonding and creating a group.”

But it also means that the group is marking as undesirable a trait — here, clumsiness. “We’re acknowledging shared values about not being clumsy,” he explains. “That function is universal across cultures.”

In short, you’re either laughing with someone or laughing at them — but both have the same result, the strengthening of group identity.

A native of Poland, Kazecki taught at Central Connecticut State University for four years prior to Bates, and previously taught at McMaster University in Ontario and the University of British Columbia, where he received a doctorate in Germanic studies.

He earned master’s degrees at Adam-Mickiewicz-University in Poznan, Poland, and at Dalhousie University, Halifax, N.S.