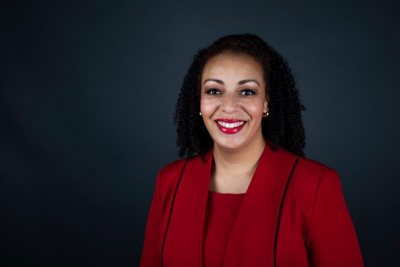 During Lori Banks’ sophomore year of college, the Ameri-thrax attacks and other subsequent bioterrorism threats changed the tone and focus of her study of biology and chemistry. She discovered that the key to fighting bioterrorism, antibiotic resistance, and epidemic infectious diseases, all centered on a molecular understanding of host-pathogen interactions. After years in the research lab, Lori has come to understand that the interactions of molecules drive lots of other kinds of disease as well. Identifying and characterizing the most important of these interactions gives us the starting point for most drug design, and a chance to create new medicine. The focus of the Banks Lab is to understand the key structural features of selected microbial proteins that can be exploited in the design of new anti-microbial agents. 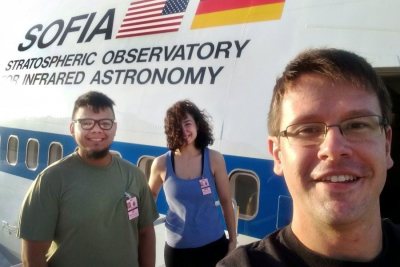 Aleks Diamond-Stanic received his Bachelor of Arts degree in physics from Carleton College and his Ph.D. in astronomy from the University of Arizona. He was a Center for Galaxy Evolution Fellow at the University of California, San Diego, and a Grainger Postdoctoral Fellow at the University of Wisconsin-Madison before joining the Department of Physics and Astronomy at Bates.  His research, which involves a lot of students, focuses on the evolution of galaxies and the growth of supermassive black holes through cosmic time, using data from ground- and space-based telescopes. He brings an enthusiasm for interactive teaching methods and student engagement in research in an environment that is welcoming, equitable, and supportive of growth and success. 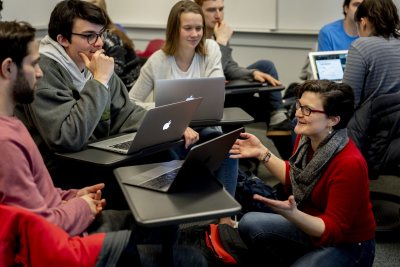 Dr. Carrie Diaz Eaton earned her degrees in mathematics, but she also considers herself a biologist, a computational explorer, a natural philosopher, and a discipline-based STEM education researcher. Her professional research is grounded in approaches from complex adaptive systems, evolution, and ecology. She co-founded and helps lead a number of community-building support networks in interdisciplinary and inclusive STEM education, and was selected as a SACNAS Leadership Institute Fellow. She has been honored by the Society for Mathematical Biology for her work in interdisciplinary computational and mathematical biology education and mentorship, and she serves as the chair of the Committee on Minority Participation in Mathematics of the Mathematical Association of America. Dr. Diaz Eaton is proudly first-generation Latinx: her father is from Peru, but she grew up outside of Providence, Rhode Island, and benefited from public education for every degree she holds. She is also a mother to two children. Dr. Diaz Eaton values the complex interplay at the intersection of her identities, professional activism in STEM education, and her research, teaching courses at Bates like Calling Bull and Community Organizing for a Digital World. 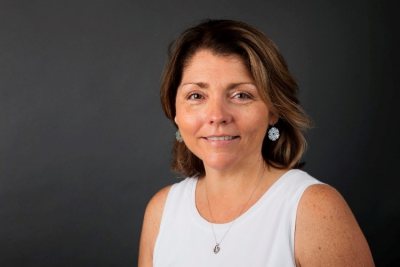 April Hill is the Wagener Family Professor of Equity and Inclusion in STEM. She is an evolutionary developmental geneticist and is nationally recognized for her success in deepening diversity and inclusion in undergraduate science. “Helping to build communities of students who thrive in STEM is my vocational cornerstone,” she says. Professor Hill joined the Bates faculty in 2018, after having taught at the University of Richmond, where she led numerous efforts that improve student success in STEM, particularly students from groups traditionally underrepresented in the sciences. Her research on the evolution of conserved gene regulatory networks is widely published and she has won numerous teaching awards. Her courses at Bates include Out of the Sea and Developmental Biology. A first-generation-to-college student, Professor Hill earned her undergraduate degree in biochemistry from the University of North Texas and her doctorate in human genetics from the University of Houston.

About Jennifer Koviach-Côté, Associate Professor of Chemistry and Biochemistry. 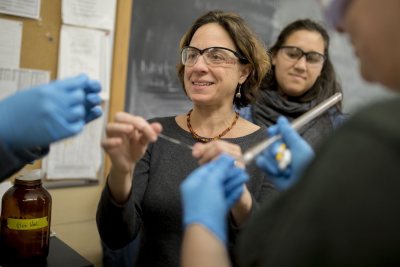 Jen Koviach-Côté is the winner of the 2020 Kroespch Award for Excellence in Teaching. Jen teaches Organic Chemistry (a.k.a., “Orgo”).  She strives to make this notoriously difficult class accessible to all students and genuinely wants each student to succeed. In addition to Orgo, Jen teaches Advanced Organic Chemistry, Spectroscopic Determination of Molecular Structure, and an Advanced Synthesis and Reactivity Laboratory. She and her student research collaborators study the development of new laboratory methods to synthesize carbohydrate containing compounds found in nature, especially those with relevant biological activity. She earned her undergraduate degree in chemistry from Oberlin College and a Ph.D. from the University of Minnesota, where she studied natural product synthesis.

About Geneva Laurita, Assistant Professor of Chemistry and Biochemistry. 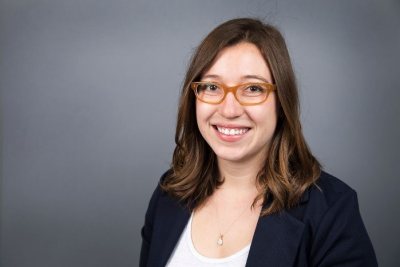 In her courses, Geneva Laurita of the Department of Chemistry and Biochemistry seeks to cultivate an interactive environment that promotes confidence, enthusiasm, and critical thinking. She teaches the introductory chemistry courses, Atomic and Molecular Structure and Chemical Reactivity as well as advanced courses including Inorganic Chemistry, Advanced Topics in Inorganic Chemistry, and Chemical Synthesis and Reactivity. In her research, Professor Laurita explores the structure-property relationships of inorganic solid state materials, particularly those of relevance to energy and electronics-based technologies. Through understanding the arrangement of the atoms in a material, she says, we can explain how atomic interactions give rise to various physical properties, such as how a material interacts with light or conducts electricity. She earned her undergraduate degree from the University of Northern Colorado and her Ph.D. in chemistry from the Oregon State University. Jeff Oishi earned his Bachelor of Science degree in applied physics from Columbia’s Fu Foundation School of Engineering and Applied Science, and his Ph.D. in astronomy from the University of Virginia. He served as a research scientist at the Museum of Natural History, and was a Postdoctoral Fellow at the University of California at Berkeley and at Stanford. He’s interested in using computers and computation to answer complex questions about the nature of the physical world. At Bates he teaches Energy, Matter, and Motion, Introduction to Stellar and Planetary Astrophysics, Advanced Classical Mechanics, Quantum Mechanics, Quantum Theory, and Computational Physics. In his lab, the Bates Fluid Dynamics Group, Jeff and a team of undergraduate researchers use high-powered computers to study turbulence, transport, and statistical methods and non-equilibrium physics in active matter such biofilm growth. Here’s a short video in which Jeff talks about the value of doing undergraduate research in STEM at a liberal arts college. 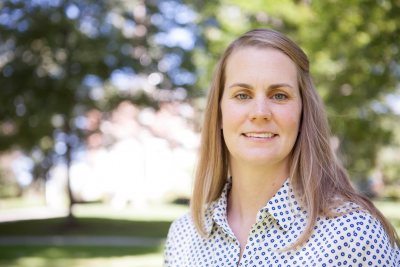 Katy Ott grew up in Maine. She graduated from Middlebury College in 2003 and completed her Ph.D. in mathematics at the University of Virginia in 2008. Katy is interested in promoting mathematics to a diverse audience through writing aimed at the general public and outreach activities. She has been involved with several programs aimed at increasing the participation of women in mathematics, including high school mathematics days and the summer day programs. She is currently the Director of GirlsGetMath@ICERM and Chair of the Education Advisory Board at ICERM. Katy’s research interests lie in the area of intersection of harmonic analysis and partial differential equations.

About Geneviève Robert, Associate Professor of Earth and Climate Science. Geneviève Robert grew up speaking French in Québec and is a first-generation college student. Geneviève earned a Bachelor of Science with honors in Earth and Planetary Sciences from McGill University, a Master of Science in Geological Sciences from the University of British Columbia, and a Ph.D. in Geology from the University of Missouri at Columbia. Geneviève teaches courses that explore plate tectonics, minerals and rocks, volcanoes, and the geology of the terrestrial planets and moons. In the classroom, she helps students develop the tools they need to apply the concepts they learn in her courses to new situations and prepare them for further independent learning and inquiry. She designs courses to make students realize and confirm that they are already scientists and mathematicians, and that they all have an intuition for science and quantitative thinking. Geneviève studies the geo-materials of the solid Earth, specifically glass, melts, magmas, and igneous rocks. She investigates magmatic and volcanic processes, with a focus on the study of magma flow. She uses experimental work to quantify the fundamental transport (viscosity) and thermodynamic (heat capacity, density) properties necessary to build viscosity models and to model and understand igneous geologic processes at all scales. She has welcomed STEM Scholars into her lab as summer researchers.

About John Smedley, Professor of Physics. 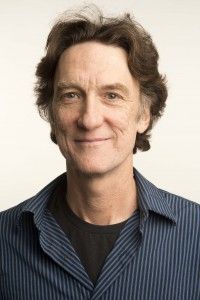 John Smedley is Professor of Physics at Bates, and also a member of the Environmental Studies Program committee. Early in his career he taught a range of core courses in the physics major, from introductory to advanced levels. In time, John developed a series of introductory courses for nonmajors including Musical Acoustics, Energy and Environment, and The Physics of Sports. Most recently he has created a series of intermediate courses at the interface of physics and environmental studies, including Renewable Energy, Climate Change and Modeling, and The Electric Grid. An accomplished guitarist and composer, John occasionally teaches a Music Short Term course, Exploring Jazz Guitar.

John was among the first in his family to attend institutions of higher education. After majoring in chemistry and physics at Colby, John received the Ph.D. in chemical physics from the University of Colorado, Boulder, where he studied small molecule collisions and photophysics. 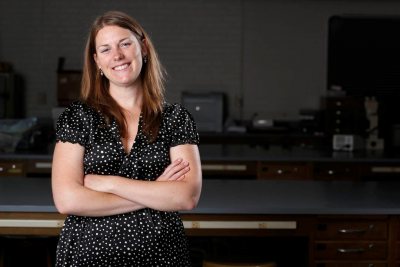 Larissa Williams is chair of the Biology Department. Larissa grew up in Vermont and earned a Bachelor of Arts degree in biology and marine science from Smith College. After spending several summers conducting research in North Carolina, she returned to grad school there, earning a Ph.D. in environmental toxicology from North Carolina State University. In her lab at Bates, Larisa, with student researchers, combines her love of fish and molecular biology to study the effects of environmental chemicals on developing zebrafish. At Bates she teaches core and upper-level cellular and molecular courses, as well as a field course in the Galapagos. Most recently she led a course redesign of BIO 242, Cellular and Molecular Biology (a.k.a. “Cell Hell”). She will teach a new version of the course, BIO 202, The Cellular Basis of Life, in 2020-21. In the classroom and the lab she is dedicated to the success of all of her students.