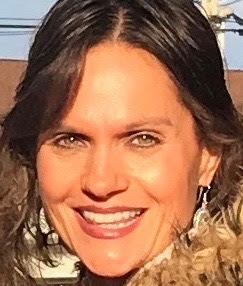 Robin began her training with 6 years of USGF competitive gymnastics, igniting her love and passion for movement. She studied ballet, pointe, partnering, modern and character dance at The Lynchburg Fine Arts Center, BalletMet, Briansky Saratoga Springs Ballet Center, The Houston Ballet, Virginia School of the Arts, Duke University, Randolph-Macon Women’s College and studios in Germany and France. Highlights of Robin’s performing experience include the roles of ” Sugar Plum Fairy” in The Nutcracker, “Swanhilda” in Coppelia, “Odette” in Swan Lake and the pas de deux in Les Sylphides with The Lynchburg Regional Ballet Theatre in Virginia. Robin majored in dance at the University of Cinicinnati, College-Conservatory of Music(1986-1989), studying/performing with James Truitte, David Blackburn, Denise Warner-Limoli  and Oleg Sabline. She has enjoyed teaching/choreographing for over 20 years, most recently at Bates College, The Dance Center in Auburn, ME and Mid-Coast Dance Studio in Newcastle, ME. It has also been a joy for her to pursue continuing education/dance study at Bates Dance Festival for 20 seasons. Robin earned a BSW in Social Work at The University of Cincinnati and is a Physical Mind Institute certified Pilates mat instructor.

Carol Dilley - Professor of Dance - Chair of Theater and Dance

Frank? Fran K.? What’s in a name found in a Hathorn cla…

The mysterious signature — Fran K.? Frank? — was found over the summer by workers replacing old slate chalkboard in Hathorn Hall.

Here's the latest roundup of what Bates folks are saying about this and that, including why the Bates football coach felt like the King...

A beloved lecturer emeritus at Bates, Gene Clough had two thoughts before exiting the plane door for his recent skydive. Thought one: “People do...