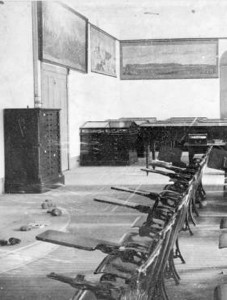 In their recently published study “Defining promise: optional standardized testing policies in American college and university admissions”, Bill Hiss and Valerie Franks conclude that there are few significant differences in either average GPA or graduation rate that correlate with submission or non-submission of standardized test scores (STS) during the admissions process.

Comparisons of aggregate numbers for students from 33 public and private colleges and universities followed over 8 cohort years showed the cumulative GPA for STS submitters versus non submitters differed by 0.05 (2.83 vs. 2.88, respectively).  Graduation rates for submitters were only 0.6% higher than those of non-submitters.

This report, including with comments from principle investigator Bill Hiss, was covered on February 18, 2014 in a National Public Radio Morning Edition segment by Eric Westervelt.

“Defining promise: optional standardized testing policies in American college and university admissions” can be downloaded for free from the National Association for College Admission Counseling (NACAC).