Robert M. York ’37 went to the Statehouse in the early 1940s seeking the service records of a Maine veteran from the War of 1812. He was led to an old elevator shaft. Unmarked boxes were piled to the ceiling. “What you want is here somewhere,” said the helpful clerk.

That scene typified Maine’s approach to historic preservation fifty years ago. No one was responsible for keeping track of state records or for trying to save historic buildings. The Maine park system did not even realize that it owned historic Fort Kent.

As Maine’s official state historian for nearly four decades, York helped change all that. “I became a one-man band,” he says, “promoting interest in Maine history.” Now eighty, York has served so many terms in the volunteer post of state historian that he’s lost count.

He is preparing to step down when he makes his annual trip to Florida this winter. And he will recommend that the job be retired with him. York says it’s no longer needed. Largely through his efforts, Maine now has the structure in place to ensure that the state’s past is preserved.

York played a key role in the creation of the state archives, the Maine Historic Preservation Commission, and nearly twenty local historical societies. He revitalized the teaching of Maine history at state universities and mentored a generation of scholars who now include many of the foremost Maine historians.

He also has fielded hundreds of queries from the public.

One correspondent wanted to know, “Is it true that the northern boundary of Maine was sketched out by Daniel Webster in broken hand, having imbibed too much liquor?” Webster may have liked his liquor, York says. But that wasn’t the reason for the squiggly border, which follows the St. John River.

Others have asked whether the Haynesville Woods in Aroostook County really have “a tombstone every mile,” as recounted in the 1965 hit song of that title by Dick Curless, the late Maine country singer. York knows of only one tombstone there.

York has the self-confident bearing of a man who came of age during World War II and rose to a position of power. Greeting a visitor at “Surfside,” his Orrs Island home, he launches into a long account of his accomplishments and shows off several Maine history books that cite him in the acknowledgments.

A short man, York is dressed this day like a golfer, in an off-white sports shirt, yellow-and-brown houndstooth check pants and white Reeboks. He’s jazzed up the outfit with a leather belt and flashy silver buckle.

Ever the teacher, York points out the window to nearby Ragged Island. “That’s where Edna St. Vincent Millay for years had a summer cottage,” he says.

York just completed his fiftieth year of teaching history in the University of Maine system. He retired from the University of Southern Maine in 1984 after serving a stint as dean of graduate studies, but he continues to teach summer courses.

“I can teach Maine history with my eyes closed,” he boasts.

Having survived prostate and kidney cancer and a quadruple bypass, he has been urged by his wife, Jan, to quit teaching. But, he says in a conspiratorial whisper, looking around to make sure she’s not within earshot, “If they ask me, I probably will do it again.”

Born in Wilton, Maine, he earned his master’s degree and doctorate in history at Clark University. He served in the Navy during World War II and survived the sinking of his ship off Okinawa. After the war he was hired to teach American history and international relations at the Orono campus.

“I protested,” York recalled. “I said, `Dr. Dow, I only had four weeks (of Maine history) in eighth grade…’ He said, `You are a Mainer. You know the state of Maine.'”

At the time, Maine’s teachers’ colleges were the only places offering courses in state history. York began teaching such a course at the University of Maine in 1948.

York quickly appreciated the sorry state of Maine’s preservation efforts. It was the only one of the original forty-eight states without an official keeper of state records. State historic sites were undeveloped. Exhibits at the Maine State Museum consisted of little more than “stuffed birds, moose, deer, live trout, and a few items identified with Maine manufacturing,” York said.

The Depression and war years had taken a heavy toll on the Maine Historical Society, a private nonprofit group. Few communities had local societies.

Maine Governor Edmund Muskie ’36 appointed York the state historian in 1956. He got no pay, just a travel stipend of $250.

York used his position to push for the creation of a state archives and for the expansion of the Maine State Museum. He helped the state park system develop interpretive programs for its historic sites.

York was hired by several encyclopedia companies to write their articles about Maine. His 1960 World Book article landed him in hot water.

York stated that Maine then produced more potatoes than any other state. Idaho disagreed.

He also asserted that Mount Katahdin is the first place in the United States to see the sun rise. Mars Hill, Cadillac Mountain, and Lubec all claim that distinction. York now admits he doesn’t know where the sun shines first.

As state historian, York was in heavy demand as a speaker. He gave more than one hundred speeches a year to service clubs, church groups, bankers, and accountants.

With two children at home, it was not unusual for him to be gone as many as six nights a week.

York tried, without success, to burst some of the myths about Maine history.

One is that Casco Bay has “calendar islands” — one for each day of the year. In fact, he says, there are a little more than two hundred islands, not 365.

Another enduring myth is that Indians wiped out Popham, Maine’s first English settlement. The truth is that the settlers followed their leader back to England after he learned he had inherited a lot of money there.

In his early days as state historian, York often acted as an unofficial tour guide. Tourists asked him where they should go to get the real flavor of Maine.

These days, the most common questions are about Joshua Chamberlain, the Bowdoin professor and hero of Gettysburg who became a television celebrity thanks to Ken Burns’s public television series, “The Civil War.”

York may be the reigning expert on Maine history, but even he can be stumped.

Several years ago, he competed, along with other prominent historians, in Maine Public Television’s popular quiz show, “So You Think You Know Maine.”

York made it to the finals. But he was tripped up by a few questions, including the name of the Indian tribe in Brunswick (Pejepscot). Ironically, he had served as a trustee of the Pejepscot Historical Society.

An elementary-school teacher from Warren beat the historians to take first place. York came in second. As a consolation prize, he says, “I got a lifetime supply of toothpicks.”

By Shoshana Hoose
Reprinted courtesy of the Maine Sunday Telegram. 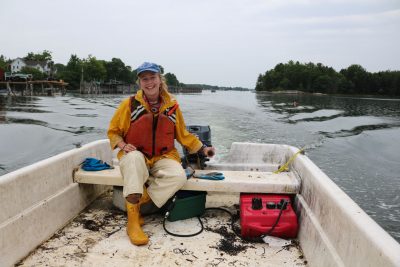 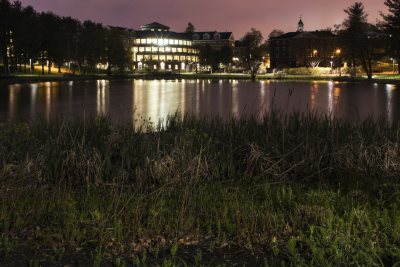