A Bible for Bibliophiles

By William A. Davis

Author Nicholas Basbanes ’65 has collected fifteen thousand books, and he knows there’s a fine line between bibliophilism and bibliomania. “I don’t think I’ve crossed it yet — but then you usually don’t know when you do.”

The former book editor of the Worcester Telegram and Gazette, Basbanes spent eight years researching and writing A Gentle Madness, a lively study of a seemingly dry and dusty subject: the “eternal passion” for books. Featuring stories of often obsessed book collectors, the book is now in its sixth printing. It’s a publishing industry sleeper, selling remarkably well despite its highbrow topic, 638 pages, and $35 price tag.

The book was released in the fall of 1995 with a modest first printing of 7,500 copies by publisher Henry Holt and Company. “The first printing sold out in three days,” Basbanes said with satisfaction, “and rare book dealers are now asking as much as $100 for those copies.”

There are now sixty thousand copies of A Gentle Madness in print. It continues to sell so well in hardcover that a scheduled paperback edition has been put off for now, he said. Critics have hailed the book, Basbanes’s first, as an impressive achievement, an engaging blend of scholarship and storytelling filled with fascinating anecdotes and vivid word portraits of larger-than-life characters. “Mr. Basbanes favors the eccentric and the felonious, who do provide colorful copy,” noted the New York Times.

The book’s success is a personal, against-the-odds triumph for Basbanes, 53, who staked his career and his family’s financial future on A Gentle Madness.

During the writing he had two encounters with corporate downsizing (he lost his job as book editor at the newspaper in the first and a book contract in the second) and fought publishing industry conventional wisdom that books about books don’t sell. “I never doubted my ability to write a good book,” he said. “But one editor told me my book probably wouldn’t sell three thousand copies, and another said the subject was too arcane even for a university press.”

A stocky, rumpled man who never leaves the house without a reporter’s notebook in his pocket, Basbanes looks like the newspaperman he was for twenty years. Much of his book’s appeal, he thinks, stems from the fact that he approached his subject with a journalist’s zest for colorful personalities, oddball facts, and unusual incidents.

“As a reporter I love to tell a good story,” he said, “and I was lucky that a lot of interesting things happened on my watch.” These included some of the largest rare book auctions of the last half century and the arrest and trial of Stephen Blumberg, the champion rare-book thief of all time.

In a twenty-year career Blumberg stole — and kept for his personal enjoyment — 23,600 books worth more than $10 million from 268 libraries in forty-five states, two Canadian provinces and the District of Columbia. “He was a case history of bibliophilia turning into bibliomania and the book lover becoming a biblioklept [book thief],” Basbanes said.

The first section of A Gentle Madness features past great book collectors such as Alexander the Great, Petrarch, Catherine the Great of Russia, and Queen Christina of Sweden. The English-speaking world should be particularly grateful to Sir Robert Cotton, who rescued many priceless manuscripts — including the only surviving copy of “Beowulf” — after Henry VIII dissolved England’s monasteries, scattering their libraries. Modern collectors include remarkable characters such as Ruth Baldwin, who collected 100,000 children’s books but disliked kids; Aaron Lansky, who averted a cultural holocaust by rescuing thousands of Yiddish language books; and Charles L. Blockson, who left a promising professional football career to collect books, magazines, and pamphlets about African-American life.

Basbanes’s own evolution from casual book buyer to serious book collector was a gradual one. A native of Lowell, Massachsetts, he majored in journalism at Pennsylvania State. After serving as a public information officer with the U.S. Navy — including tours of duty in Vietnam — he joined what was then the Evening Gazette of Worcester in 1971.

Primarily an investigative reporter, Basbanes frequently reviewed books and began collecting books about subjects that particularly interested him, such as naval history. When book editor Ivan Sandrof, founder and first president of the National Book Critics Circle, retired in 1978, Basbanes replaced him. “As far as I was concerned, it was the best job on the paper.”

Before Sandrof left, he passed on an invaluable piece of advice. “He told me that when I interviewed authors I should always bring copies of their books with me and not be shy about getting them autographed,” Basbanes recalled. During his thirteen years as book editor, he said, he interviewed about a thousand significant contemporary authors and put together a collection of two thousand autographed books.

In 1989, by now a committed collector, he wrote an article about Boston’s notable book collections for Bostonia, the Boston University alumni magazine.

Basbanes said his wife proposed that he expand on the Bostonia article and write a history of book collecting from ancient times to the present. “She said, `This is the book you’ve always wanted to do,'” he said, “and gave me moral permission to devote my time to working on it.” 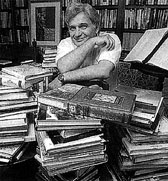 Nicholas Basbanes ’65 was once told his idea for a book “was too arcane even for a university press.”

Fittingly, A Gentle Madness is dedicated to Constance Basbanes. The book’s title comes from an affectionate description of Isaiah Thomas, the Revolutionary War-era patriot and printer who founded the American Antiquarian Society in Worcester, repository of early American books. “At Thomas’s funeral his grandson, Benjamin Franklin Thomas, said his grandfather had been touched early by `the gentlest of infirmities, bibliomania,'” Basbanes said.Basbanes sent a detailed book proposal for A Gentle Madness to several publishers. An editor at Random House was enthusiastic about the idea and gave him a contract. He had been working on the book in his spare time for almost five years, Basbanes said, when his employer — by then called theTelegram and Gazette — did away with its book section and his job as a cost-cutting measure in the spring of 1991.

Instead of looking for another full-time job, Basbanes decided to free-lance a literary column to the Worcester paper but focus primarily on finishing the book. “I was forty-seven years old, my daughters were nine and eight, and my wife could only work part time,” he recalled, “but I took a chance and shot the craps.”

Most of his historical research was done at Harvard University’s Widener Library. But there was also a lot of expensive and time-consuming field work, including trips to London, Paris, New York, and California to attend auctions and interview collectors. He also went to Iowa for the trial of Stephen Blumberg.

Convicted in a federal court in 1992, Blumberg was fined $200,000 and given a five-year sentence. Basbanes also visited the secret warehouse in Omaha, Nebraska, where FBI agents were sorting through the more than nineteen tons of books Blumberg had taken, trying to find the rightful owners. “Fully 95 percent of what he took hadn’t been missed,” Basbanes noted. “His case revealed the lack of security at most libraries.”

Basbanes estimates that he traveled about 100,000 air and car miles in the course of his research. By the time the lengthy manuscript — which included extensive footnotes and a bibliography with more than four hundred titles — was finished, he had run through his advance against royalties, used up his savings, and was forced to borrow money to meet family expenses.

Just when he thought his troubles were over, it happened again: corporate downsizing. In 1992, Random House went through a major shakeup. Top editors were fired or quit and the size of the company’s staff and book list — were drastically reduced.

The editor who had initially championed A Gentle Madness was among those who left. “That meant I was what’s called `an orphan author,'” Basbanes recalled, “just about the worst thing you can be in publishing.”

In February 1993 Random House dropped A Gentle Madness, even though the manuscript had been accepted and the book was already advertised in the company catalog. Not until thirteen months later did Basbanes sign a new contract for the book with Holt.

“To keep from going nuts that year,” he remembered, “I started syndicating my column, targeting places such as university towns where people buy books but are served by newspapers that don’t have book sections.” The column, usually an interview with an author, now appears in twenty-two newspapers around the country.

Holt not only agreed to publish his book but told him “it deserves to be published well,” Basbanes said. Deciding that the natural market was book lovers and collectors, Holt handsomely packaged A Gentle Madness. There are many photographs, for instance, along with illustrated endpapers and an eye-catching gilt-embossed dust jacket that gives it the appearance of an antique book.

Basbanes keeps his books in his North Grafton home, just outside Worcester. “I’m now concentrating on collecting books about books,” he said. “My goal is to own all the books in my bibliography and I’m about 95 percent there.”

Basbanes said he will shortly begin work on a companion volume to A Gentle Madness, a history of the world’s great libraries and book collections. When that’s finished, he plans to write a practical guide to book collecting. “Books turned my life around,” he said, “and one thing I’m certain of is that I’ll die a book collector.”

Reprinted with permission of The Boston Globe.

Basbanes, whose classmate is Peter Gomes ’65, another Bates author with a top-selling book — The Good Book: Reading the Bible with Mind and Heart — remembers getting his writing start as sports editor of The Bates Student, with his sports column, “Nick Naks.”