Bates College today announced the successful completion of its largest fund-raising campaign, The Campaign for Bates: Endowing Our Values, which surpassed the $120 million goal set when it began in September 2000.

“When I came to Bates four years ago, tackling a campaign of this magnitude was essential and urgent, but required a leap of faith,” said Bates President Elaine Tuttle Hansen. “Our successful accomplishment today affirms how much we can achieve when we work together to sustain shared values and how deeply our community believes in the importance of a Bates education.” 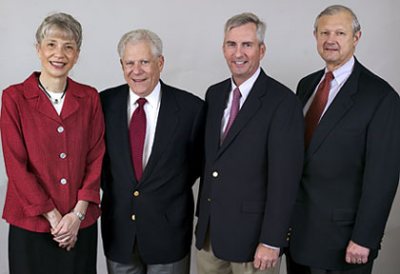 The campaign officially ended June 30, but the tallying of contributions postmarked through that date continued until today’s announcement that $120,897,820 had been raised from 18,813 donors. The Campaign for Bates: Endowing Our Values raised funds from alumni, parents and other supporters for Bates’ most important priorities: access to a Bates education, increased support for faculty and academic programs, a more robust endowment and annual fund, and improved campus facilities. The college’s previous campaign, which ended 10 years ago, raised $59 million.

“It’s been an honor to be part of this effort,” said Victoria M. Devlin, vice president for college advancement. “Our campaign leaders Joe Willett and Tom Renyi, our board chair Burt Harris, and dozens of other alumni and parent volunteers have earned the thanks of the entire Bates community. The tradition of giving that they have established will lead the college well into the future.”

In a joint statement, Willett and Renyi added their thanks to the efforts of volunteers and college staff involved in the campaign. “Surpassing the $120 million goal is a terrific achievement, testament to the great planning and legwork of Vicky Devlin and the college advancement office, the leadership and continuous stewardship of the Campaign Committee, and the loyalty and support of thousands of alumni, parents and friends.”

During this campaign, Bates received its largest gifts ever from living donors. Two alumni each contributed more than $6 million. All of Bates’ 40 trustees made campaign gifts. Their total campaign giving is $33 million — close to one-third of the campaign total.

A comprehensive review of the campaign’s impact is being prepared and will be released this fall.