With topics including the effects of ethnic Chinese migration on Tibet and the outlook for farming in Norway, Bates College students who have conducted projects abroad supported by the college’s Otis and Phillips fellowships will discuss their findings in evening presentations throughout October.

A presentation by Ellen Sabina, a senior from Newcastle, is titled To Kill a Whale: Exploring the Ties that Bind the Faeroes to the Sea.

Sabina traveled to the Faeroe Islands (also spelled Faroe), in the North Atlantic, where she explored the relationship between the Faroese people and the sea. Isolated and fiercely proud of their heritage, the Faroese depend almost entirely on the sea, yet find this relationship changing dramatically in the face of globalization.

Anna Skarstad, a sophomore from Pleasantville, N.Y., offers a talk called Farming in the Western Fjords of Norway: An Endangered Life?

Skarstad visited two traditional sheep farms in Norway’s western fjord region, one farm located high in the mountains, the other on a remote, mostly abandoned island. Exploring how these farms manage to thrive despite nature’s extreme impacts, she questioned the strength and profundity of the farmers’ relationship with their land.

As participants in the 10,000 Girls Program in Kaolack, the pair worked with seventh- and eighth-grade girls, focusing on English-language practice and a mapping project with the goal of expanding opportunities and understandings of the power of women’s voice, place and actions in the local-global communities.

Also a senior, Corey Pattison of Dedham gives a talk called Toward Autonomy or Assimilation: Addressing Tibetan Sinicization in a Global Era. Specifically analyzing the socioeconomic implications of the recently constructed Qinghai-Lhasa railway, this presentation examines the increasingly marginal status held by Tibetans within their own society, a status directly resulting from widespread immigration ethnic Han Chinese into the Tibetan Autonomous Region.

He examined why people undertake the grueling pilgrimage on this network of roads that since medieval times has brought travelers from all over Europe to the Christian shrine of Santiago de Compostela. Covering more than 500 miles across most of northern Spain, the Camino leaves a pilgrim plenty of time to ask, “Why do people still do this? And what am I doing here?”

He looked specifically at the Congo people in Panama, African descendants who are working to document their language, music and other cultural practices. This year, under Arturo Lindsay, a Panamanian artist and art professor at Spelman, students explored bio-safe ways of constructing sustainable architectural structures.

Lina Kong, a sophomore from Rose Hill, Mauritius, presents her Phillips-funded research in a talk titled Crosscultural Study of Mauritian and Chinese Cultures through the Hakka Linkage at 7 p.m. Wednesday, Oct. 29, in Skelton Lounge.

Kong wanted to learn more about the Hakka culture, a subgroup of China’s dominant Han people, and compare the influence of that culture in a city of the new China and in Mauritius, with the ultimate goal of better understanding her own identity as a Hakka. She wants to raise awareness about the danger of culture loss due to acculturalism, where new immigrants tend to integrate the surrounding culture as quickly as possible.

The Philip J. Otis Endowment was established in 1996 by Margaret V.B. and C. Angus Wurtele to memorialize their son, Philip, a member of the Bates graduating class of 1995, who died while trying to rescue an injured climber on Mount Rainier. The purpose of the program is to encourage among Bates students the same concern for nature that Otis demonstrated. The student projects selected for this endowment are generally concerned with the relationship between humans and the environment.

The Phillips Student Fellowships were begun in 1999 by Charles F. Phillips, the fourth president of Bates, and his wife Evelyn Minard Phillips, with a $9 million endowment gift. These fellowships are granted to students who create exceptionally good international or cross-cultural projects that focus on research, service-learning or career exploration. 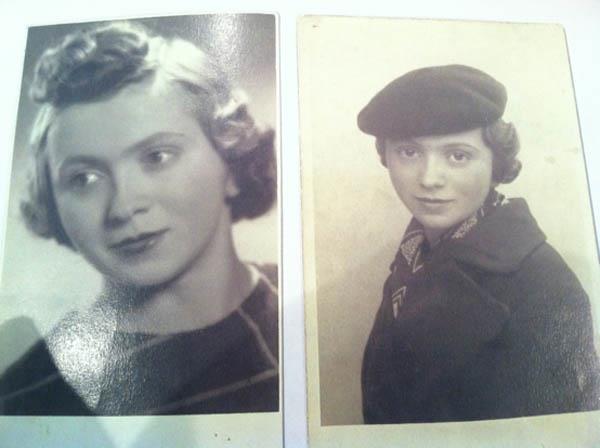