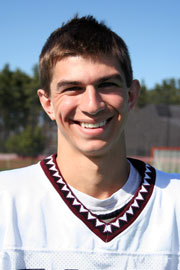 With the Bobcats facing an 8-6 deficit to start the fourth quarter against the Fighting Scots, Moore scored three goals in the final period as Bates finished the game with a 7-0 run to win 13-8.