Note: Some published reports listed Monday, Oct. 12, for this event. Tuesday, the 13th, is the correct date.

Tickets, at $12 general admission and $6 for seniors and students, are available at www.batestickets.com.

Prieto also leads a jazz workshop at 4:30 on the 13th. Admission is free and participants will receive a free ticket to the evening performance. For more information about the concert and workshop, please contact 207-786-6135 or this olinarts@bates.edu. 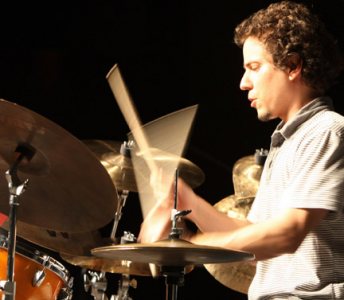 Prieto, a native of Cuba, leads a quartet boasting some of New York’s outstanding Latin jazz players. Described as “the essence of the modern drummer” by The Sacramento Bee, he has received commissions, grants and fellowships from Chamber Music America, Jazz at Lincoln Center, East Carolina University and Meet the Composer. His awards include “Up ‘N’ Comer of the Year” from the Jazz Journalists Association in 2006, a Grammy Award nomination for Best Latin Jazz Album and a Latin Grammy nomination for Best New Artist in 2007.

Prieto has created music for dance, film and chamber ensembles as well as his own bands. He composed the title track for the Grammy-winning album “Song for Chico” by Arturo O’Farrill and the Afro Latin Jazz Orchestra in 2008. All About Jazz has characterized his compositions as “melding Afro-Cuban rhythms and modern jazz harmonies into music that is ecstatic and intelligent.”

He has served on the music faculty at New York University since 2005.