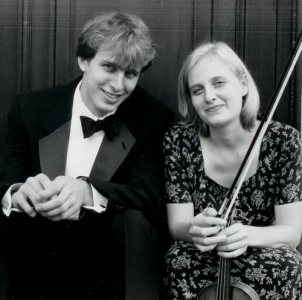 The program also includes Duo, a composition by William Matthews, Alice Swanson Esty Professor of Music at Bates. Admission is free, but tickets are required. For ticket reservations or more information, please contact 207-786-6135 or this olinarts@bates.edu.

Along with the cellist Sölen Dikener, the Cummings constitute the Capital Piano Trio, the ensemble in residence at the University at Albany. The Cummings have two daughters and a son.