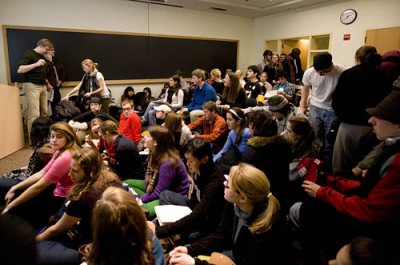 The following workshops will be held in Pettengill Hall (unless otherwise noted), Monday, Jan. 18:

A discussion of the Grace Street Ministry’s efforts to support the homeless, led by the Rev. Mair Honan, an ordained UCC pastor and the ministry’s co-founder.

Convened by: Michelle Pavitt and Pat Hater of the Writing Workshop

Convened by: The Harward Center for Community Partnerships

4. Community Organizing in the Public Sphere: Neighbor by Neighbor
Olin Arts Center 104 (This workshop spans Sessions I and II)

A screening of the documentary film Neighbor by Neighbor: Mobilizing an Invisible Community in Lewiston, followed by a discussion with director Craig Saddlemire ’05 and members of the Visible Community. The film documents a significant period in Lewiston’s history, depicting how the town dealt with urban revitalization during a depressed economy. It provides not only a record of the work of the Visible Community, but also a visual chronicle of changes in the neighborhood through the past five years.

6. Aliens, Townies and Terrorists: The Politics of Representation on Halloween
Pettengill G65

A discussion of context, dressing as self or other, intention vs. reception, power, language, costume, garb and clothes — presented by Julia Caffrey ’10, Emily Chin ’10, Nori Down ’10, Katie Mack ’10, Caitlin McKitrick ’10, Lily Sullivan ’10 and Natalie Woolworth ’10.

A discussion with John A. Powell, J.D., executive director, Kirwan Institute for the Study of Race and Ethnicity, Ohio University.

9. The Work of Martin Luther King through the lens of his mentor Benjamin Mays ’20
Pettengill G52
Sponsored by the Mays Men of Bates College, this workshop examines the work of the Rev. Martin Luther King Jr. through the lens of his mentor Benjamin E. Mays, Bates Class of 1920. Another one of “Benny’s Boys,” Charles W. Willie, the Charles William Eliot Professor of Education at Harvard University, will reflect on the underlying philosophy taught to King by Mays and will further explain how these theories can be applied today. Mays Men Jourdan Fanning, ’13 Daniel Garcia-McGuire  ’11, Ben Hughes ’12 and Cristian Ruiz ’12 will participate.

10. A screening of Brother to Brother, written, directed and produced by Rodney Evans
Pettengill G21 (This workshop spans Sessions II and III)

This feature-length narrative film follows the emotional and psychological journey of a young Black gay artist as he discovers the hidden legacies of the gay and lesbian subcultures within the Harlem Renaissance.  The director will lead a discussion after screening the film.

11. Faith in an Ethical Future in Rwanda
Pettengill G52
In the 2009 Short Term course “Learning with Orphans of the Genocide in Rwanda,” each Bates student was paired with a French-speaking Rwandan student to learn with, not from, orphan survivors of the 1994 genocide in Rwanda. The students and their professor discuss their experiences and findings. Workshop participants are Associate Professor of French Alex Dauge-Roth, Alexandria Alberto ’11, Amy DeStafanis ’11, Abigail King ’12, Emma Scott ’10, Simone Pathe ’11 and Kiely Barnard-Webster ’12.

Convened by: French and romance languages and literatures

Convened by:  Women and Gender Studies

Convened by: departments of French and Russian

Daniel Mosquera, professor of Latin American Studies, Union College, will present the 48-minute long documentary film Sanpachando-San Pancho for the Revelers (2009), which he co-authored. The film explores the intertwined cultural, religious, political afro-ethnic meanings of a vibrant festival honoring St. Francis of Assisi in Quibidó, Chocó, on the northwest Pacific coast of Colombia.

A discussion with students from Amandla!, the Bates College organization that cultivates solidarity among students of African descent.

17. Flannery O’Connor and the Matter of Race: The Continuing Conversation
Pettengill G65

Convened by: Office of the Multifaith Chaplain and the Department of English 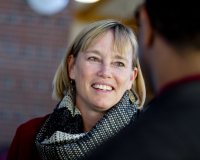 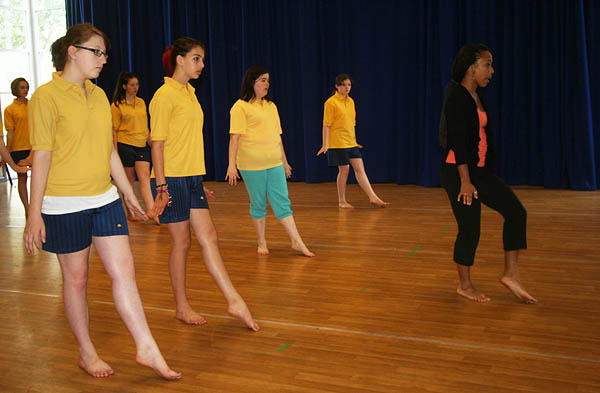 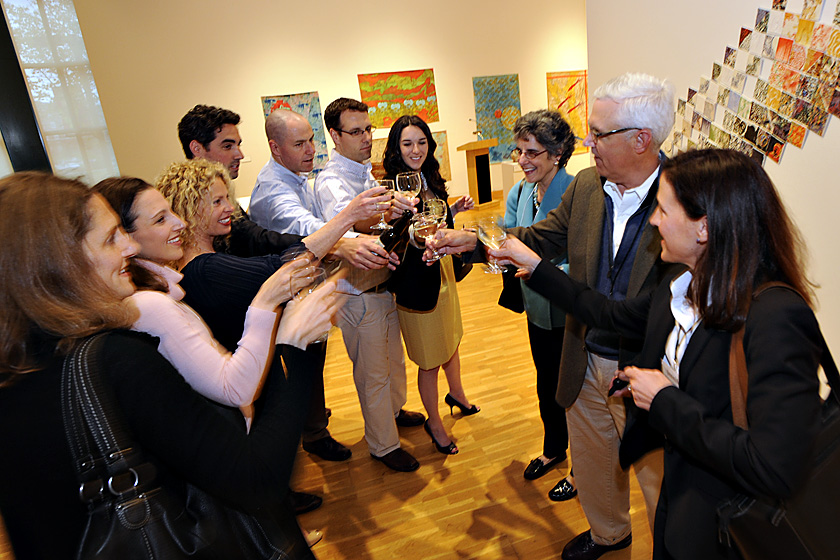 Stangle Award answers the question ‘What’s in a name?’