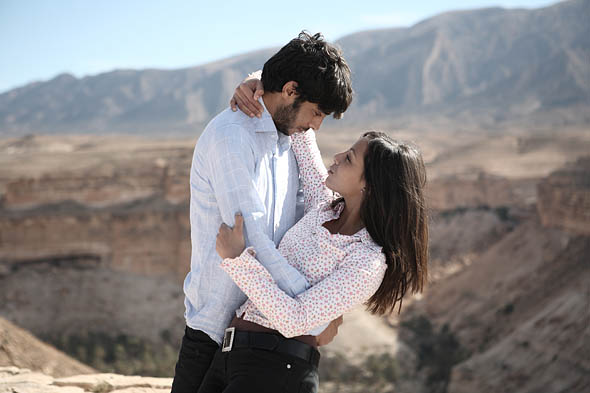 The Global Lens series of films from around the world continues at Bates College with Masquerades by Algerian director Lyes Salem, showing at 8 p.m. Friday, Oct. 8, and 6 p.m. Monday, Oct. 11, in the Ronj, Bates’ student-run coffeehouse, 32 Frye St.

Hosted by the Bates College Museum of Art, the series continues on Fridays and Mondays throughout the fall. Admission is $5. Made in 2008, Masquerades is in Arabic with English subtitles (92 min.). For more information, please contact 207-786-6135 or this olinarts@bates.edu.

After working for much of his life as a gardener in a dusty Algerian village, Mounir dreams of improving his family’s fortune and gaining a measure of respect by marrying off his narcoleptic sister, Rym, to a “real gentleman.” However, Rym has other plans — she dreams of marrying Mounir’s best friend, Khliffa, who has secretly courted her for years.

When Mounir lashes out at village gossip with a fib that he has promised Rym to a wealthy outsider, she comes out of her sleepy stupor to embrace the rumor and press her real betrothed into action.

Beautifully brought to life by a memorable cast, this heartfelt comedy is Salem’s first feature film. His second short film, Cousines, received France’s Cesar award for Best Short Film in 2005. He has acted in a number of films, including Alex, Banlieue 13 and L’Ecole de la Chair.