Habitat for Humanity project 'significant and enduring' for Bates students

Simone Schriger ’14 of Los Angeles, Calif., recently participated in a Habitat for Humanity project with fellow Bates students. Her essay and photographs depict the experience. 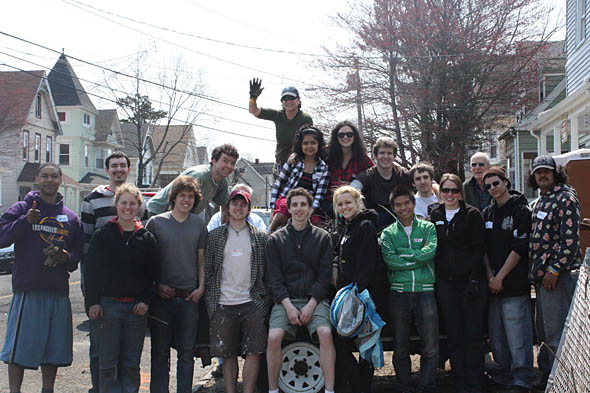 Gripping each other’s hands as if to convince themselves that they were truly awake, the couple stood smiling inside their new home.

They thanked us time and time again, saying that their dream had come true, explaining how much they appreciated us. It was their home, they owned it, but they recognized that it wouldn’t be theirs without the many people who worked tirelessly to build it.

My group of Bates students had arrived toward the end of this Habitat for Humanity project and was lucky enough to see the joy of the new homeowners, but there was an unspoken understanding among us: We wouldn’t have been able to finish the project without the work of those who had come before us. We were simply part of a collaboration of many. 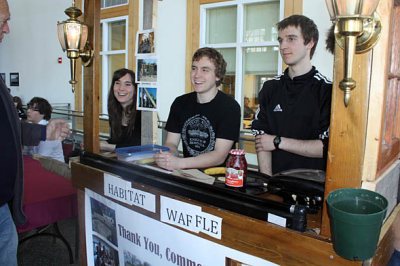 As a student starting at Bates in autumn 2010, my goal was to participate in as many activities as possible. It was with this mindset that I later decided to embark on a Habitat for Humanity trip to Bridgeport, Conn., over spring break.

Waffles provoked my decision. I was studying in Pettengill Hall for a neuroscience exam when I was overwhelmed by the scent of fresh waffles. I decided to take an educational field trip — we had learned about olfaction earlier in the semester — to find the origin of this aroma, and discovered the student-built Waffle Cart that served as the fundraising headquarters for the Bates Builds club.

The club, I learned, works to provide affordable homes for families in need. The president of Bates Builds, Erik Barth ’12, made a waffle for me and told me about the club’s upcoming spring break trip to Bridgeport.

I was delighted to find that there was a space for me on the spring break trip and turned in my $20 deposit without hesitation, despite not knowing what the week would bring. 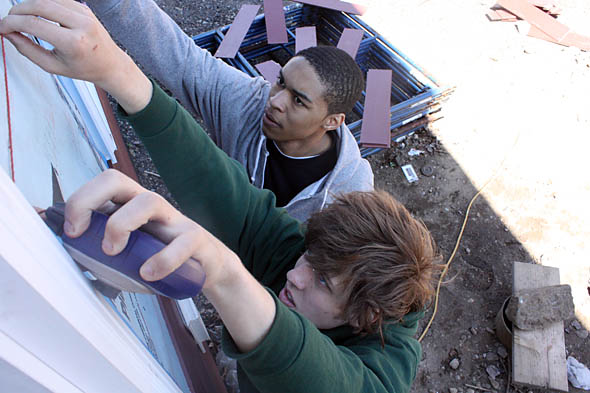 The week in Bridgeport with 12 Bates students whom I barely knew was one of the best of my life. We were a diverse group with students in all class years, coming from as close as New Hampshire and as far as Nepal. It was moving to see how individuals from such a varied group of “homes” could form such a close-knit group that worked together to build homes for others.

Our group stayed at the Cardinal Shehan Center, a nonprofit recreational center in Bridgeport that provides a safe and positive environment for kids and adults alike. Nights at the center reflected the strong group dynamic we developed on the job: We played basketball, cooked together and treated the Center and each other with the utmost respect. When there was a task to do, there was always a volunteer; throughout the week I didn’t hear one negative comment. I have carried this positive energy with me since the end of the trip. 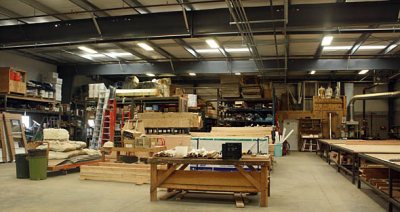 We worked on several projects at different sites. We did landscaping, siding and scaffolding. We painted, pulled up rocks, hauled refuse to trash bins and weren’t afraid to get dirty.

Erik was “continually impressed with how Bates students work together and treat each other after being in close contact for a week,” he says. “As the week went on I saw students doing more than their fair share just to help the group move forward.”

I will never forget our work with fences. On the first day, we took down a rusty old fence that was anchored on buried concrete blocks. Unearthing these blocks required many people working together. With each block that came out of the ground, everyone at the site cheered and smiled, celebrating these small victories that came of our hard work. 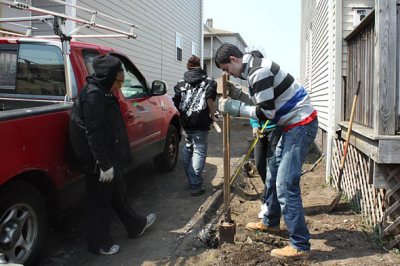 Throughout the week, we worked alongside families involved with the Habitat program. Parents of three, the couple whose home we finished at the end of our visit both worked full-time jobs. On top of that, like other Habitat for Humanity beneficiaries, they completed 500 “sweat equity” hours on Habitat work sites, including their own.

For years the couple had lived in an apartment in a low-income neighborhood and, despite their hard work, couldn’t afford to move into a bigger home more suitable for their growing family. Habitat helped them achieve this goal.

We built together, regardless of age, gender or ethnicity: We were all equal members of the team, nailing in the wallboards of the house, sometimes stepping back with satisfaction to see our progress.

The week culminated in a dinner hosted by the Habitat families, who cooked for us and spent the evening sharing their stories and their appreciation for our work. 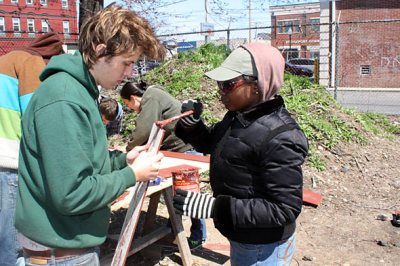 “On the Habitat trip there were no expectations,” says Matt Valles ’13. “We worked hard each day because we wanted to help build a home for good people who may have experienced hard times. It was a great trip for bringing people together, and I hope to do it again.”

Despite its brevity, our time with Habitat for Humanity felt significant and enduring. We helped complete one project, and helped start others that would continue on long after we left.