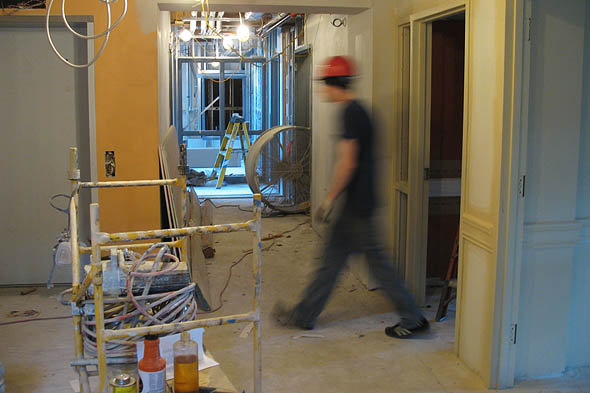 Like sands through the hourglass, so are the final days of the renovation of Hedge and Roger Williams halls.

On Monday, June 27, faculty in philosophy, religious studies and environmental studies will receive key-card access to the renovated Hedge Hall and be able to start settling into their spiffy new offices. ES will occupy the first floor, religious studies the second and philosophy the third. 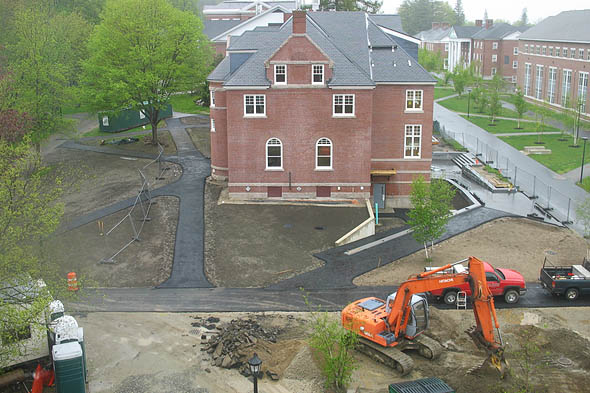 1/8
Click the thumbnails for a slide show of views from Roger Williams Hall.

Four weeks later, July 25 is moving day for staff of the Language Resource Center and Off-Campus Study office and the faculty of the foreign-language programs that will occupy Roger Williams Hall. 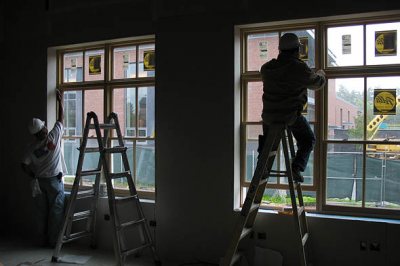 In both cases, explains project manager Paul Farnsworth, the buildings will remain off-limits to the remainder of the campus community for some time yet. “The spaces still won’t be schedulable” through the online R25 room-reservation system, he explains, and general contractor Wright-Ryan Construction will still be around. “It makes life difficult for the contractor if there are people in the building while he’s trying to finish things.”

Still, installing Bates inhabitants has to be one of the final milestones. The timetable is especially tight for the Roger Bill’s occupants, Farnsworth adds, because their former digs in Hathorn Hall are scheduled for
sprucing up, too. 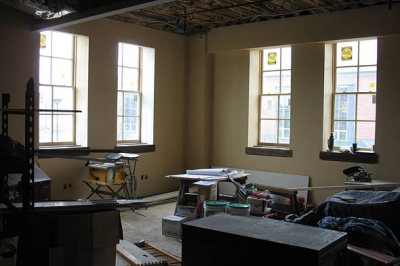 At Hedge, the punch-list process rolls on, as the general contractor and then the architect inspect what’s been finished and flag things that fall short. As for new construction, there’s precious little left: expansion joints on the roof and between the new and old sections of the building and some flooring here and there — notably on the ground floor, where dampness in the floor slab has forced a change in plan.

Bates is committed to using construction products that don’t emit toxic vapors, which means that the flooring adhesive is a benign water-based product. But it needs a dry surface to stay stuck, so a water barrier needs to be laid over the ground floor concrete
to keep the moisture at bay. 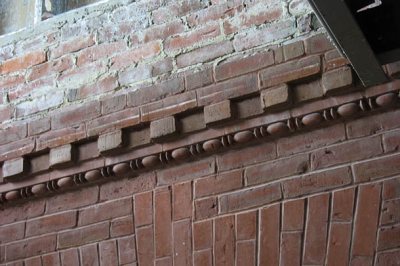 Meanwhile, moving day looms ever larger. “I just took the classroom committee through the building,” Farnsworth says. “These are people who deal with room scheduling, and we walked them through so they can get a visual on the spaces.”

Previously, we had asked Farnsworth what Commencement visitors could expect to see on the construction site. This time around, unable to let go of a good premise for a question, we wondered what would greet alums and families returning for Reunion, just days away. 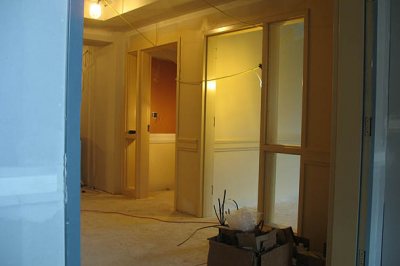 One thing that will greet them is the opportunity to tour both buildings, at 11 a.m. Friday, and 1:30 and 4 p.m. Saturday. Tour groups will meet up outside the main entrance of Hedge on Alumni Walk.

For passers-by, meanwhile, there won’t be anything as dramatic as the instant lawn that materialized around Hedge Hall during Senior Week. In fact, Farnsworth says, the construction fence will stay up around the Bill and no grounds work will take place till after Reunion. The continuing need for cherry pickers on the site necessitates both those conditions. 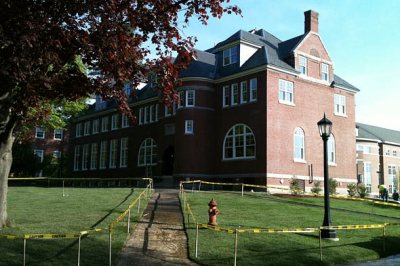 Aside from landscaping, though, the Bill will show marked progress since just late May. On the outside, the roofing slates will likely all be in place, and workers should be nearly done installing the dark-gray ContinentalBronze sheet metal on the walls of dormers and other non-brick faces.

Inside, drywall is virtually finished, with the stairwell inside the new addition being the last stand for the wallboard hangers. Plenty of primer paint has been splashed around, too, and the first color coats have been applied through much of the building. Ceiling grids are going up and ceiling systems being installed — lights, sprinkler heads, etc. 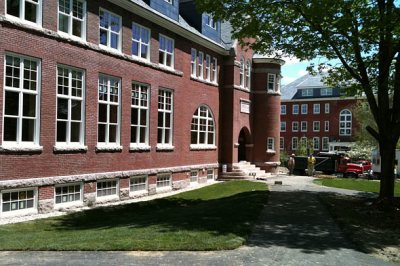 “The pace of work has greatly accelerated” at the Bill because of experience gained at Hedge, Farnsworth says. “A lot of the questions that were unique to the installation here at Bates, we’ve answered in doing Hedge. So people don’t need additional instruction, they just march on.”