In a touching and insightful story, The Boston Globe explores the unexpected death of Bates economics professor David Aschauer, who was “fit, trim, full of energy and a subtle advocate of health through fitness,” writes reporter Kevin Paul Dupont, yet who collapsed and died during the swimming portion of a triathlon in Cape Elizabeth, Maine, on Aug. 21.

While reporter Kevin Paul Dupont cites studies to explain that sudden death, usually by heart failure, of fit athletes is rare but not unheard of, the story mostly focuses on Aschauer’s intense desire for self-improvement during his lifetime, with his daughter, Erika Rodrigue, and his Bates colleague Dennis Browne speaking to Aschauer’s great intellectual and physical vigor. (A specific cause of death has not been determined for Aschauer.) 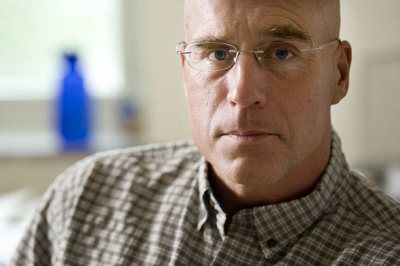 “He just loved the challenges. He always wanted to get better,” said Dennis Browne, Bates associate professor of Russian.

Browne twice partnered with Aschauer on Bates Fall Semester Abroad trips to St. Petersburg, Russia. “In a situation liked that, I’m designated the lead professor,’’ said Browne. “But David was so proficient in Russian, it didn’t feel that way at all. It was just so impressive, how he mastered it. He said to me a couple of times, ‘You know, Dennis, I probably worked as hard or harder to learn Russian as I did to get my Ph.D. in economics.’ I bet he did. And he was brilliant in economics.’’ View story in The Boston Globe, Sept. 1, 2011.