On March 3, 2002, the death of Bates lacrosse captain Morgan McDuffee ’02 — a young man, as his coach said, “who simply glowed” — plunged the many people who knew and loved him into the darkest kind of despair.

With the passage of time, the circle of people keeping McDuffee’s spirit alive is now larger and still unbroken.

That’s what struck Sandler about the memorial game: “the outpouring of support from so many for someone who meant so much to me but who many of them had never even met.”

Played at Tufts, the non-conference game was also a fundraiser for Morgan’s Fund, administered by the Maine Community Foundation. The fund supports groups promoting anti-violence programming and mediation, including Metro Lacrosse, a Boston nonprofit whose mission is youth development and education through lacrosse competition. 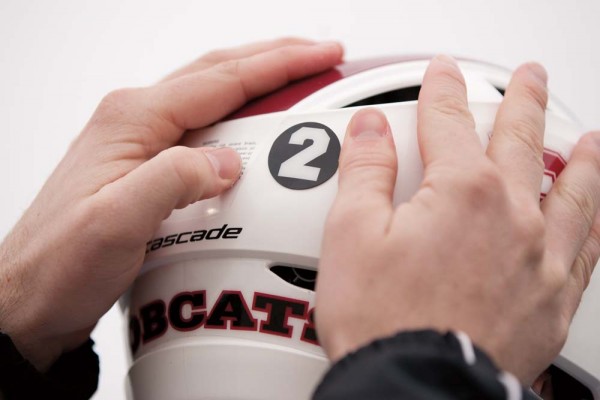 Before the game, McDuffee’s former teammates brought out Morgan’s lacrosse jersey, signed by both teams, and presented it to his mother.

Lasagna spoke briefly. The moment was heavy with shared emotion, but time had clearly passed, and the group seemed content to come together.

Lasagna said he was certain that McDuffee, had he lived, would have chosen a life that involved working with young people like the Metro Lacrosse youths, many of whom came to the game and were greeted by players and coaches. 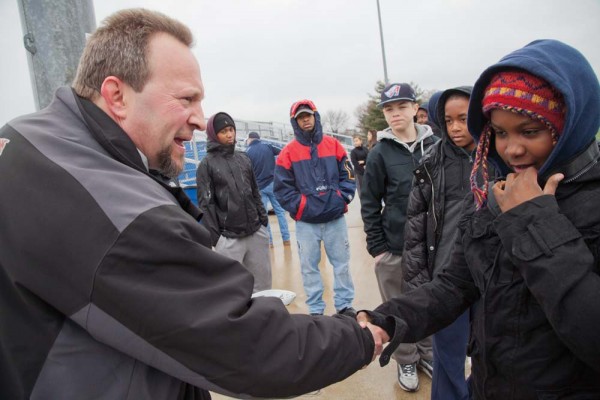 As a coach not much older than his Skidmore players, Sandler has shared the story of his friend Morgan McDuffee. Not necessarily the story of McDuffee’s death — murdered near campus while trying to break up a late-night melee between Bates students and locals — but of his competitive yet generous spirit. He was a “what can I do to help?” type of leader and an equally loyal and big-hearted friend.

“Obviously, I spend a lot of time with my players at Skidmore,” Sandler says. “They get to know me and they’ve heard me speak of Morgan before. But in the locker room before the game, when I presented them with the No. 2 stickers for their helmets, this was the first time. They understood what a tragedy this had been and how important Morgan was to not just me but all those who attended the game.

“Morgan reached so many people in such a short amount of time.”

McDuffee’s mother asked a photographer to take a picture of her and her sister, Morgan’s aunt, with the signed jersey, and they smiled as the photo was taken. 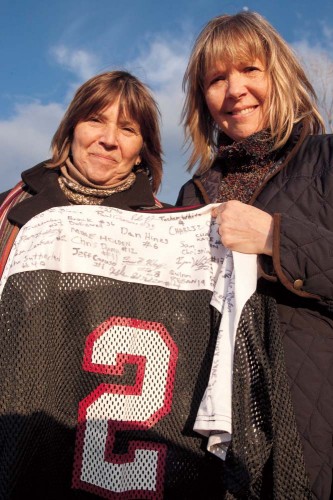 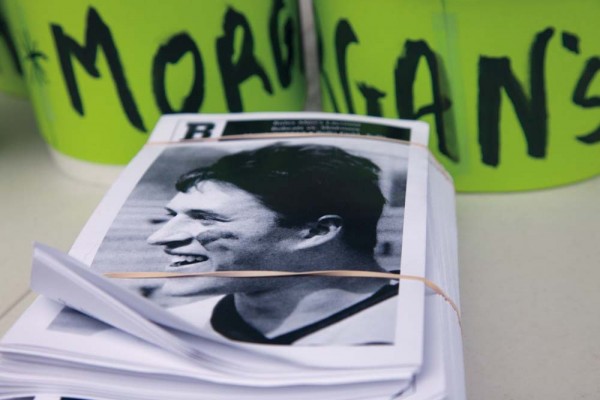