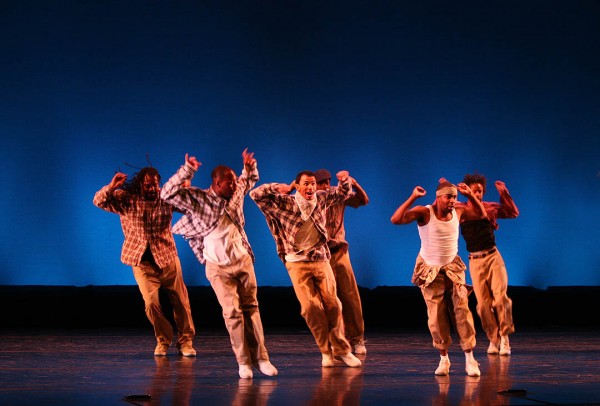 Performances are at 8 p.m. Friday and Saturday, July 13 and 14, in Bates College’s Schaeffer Theatre, 305 College St.

Tickets cost $24 for the general public, $18 for seniors and $12 for students. Follow this link for more information or to purchase tickets online.

The company offers a free lecture-demonstration at 7:30 p.m. Tuesday, July 10, in Schaeffer Theatre. A discussion with the artists immediately follows the July 13 performance. The following evening, dance writer Debra Cash offers an Inside Dance: Understanding Contemporary Performance lecture at 7:15 p.m. in Schaeffer Theatre.

The Bates Dance Festival, a summer series of renowned contemporary dance, celebrates its 30th anniversary in 2012 by highlighting choreographers whose creative development has been nurtured by the festival.

Founded in 1982, the acclaimed festival brings together an international community of contemporary dance choreographers, performers, educators and students in a cooperative community to study, perform and create new work.

Marking its 20th anniversary, Rennie Harris Puremovement has established itself as a premier hip hop dance company, redefining the genre and transcending such divisive boundaries as race and class with universal themes. (This program is suitable for audiences of all ages.)

At the festival, RHPM will showcase both new works — “Breath,” “Nina” and “Four B-Boys and a Girl” — and three Harris classics, “P-Funk,” “Students of the Asphalt Jungle” and “Rome and Jewels.”

“Rome and Jewels,” developed during a 1999 residency at the Bates Dance Festival, was Harris’ first major work and toured internationally for more than eight years. The solo excerpt performed at Bates will feature a member of the original “Rome & Jewels” company.

In a society where hip hop is often portrayed as a violent, undisciplined counterculture, Harris and Puremovement both deconstruct popular perceptions of the medium and challenge its established boundaries, focusing on its essential spirit.

RHPM performances are complex, fluid and pioneering. “While deftly capable of entertaining the masses, Mr. Harris is also sly,” wrote a New York Times reviewer. “In his skillful hands you see the roots of hip hop and not just its commercial veneer.”

Harris received an honorary degree from Bates College in 2010. He has been recognized with a Pew Fellowship in the Arts for Choreography, the Herb Alpert Award in the Arts, a Guggenheim Fellowship and a medal from the Kennedy Center as a master of African American choreography.

In 2010 Rennie Harris Puremovement was chosen by the U.S. State Department’s DanceMotion USA program as one of four companies to serve as cultural ambassadors in Egypt, Israel, the Palestinian territories and, this year, Jordan.