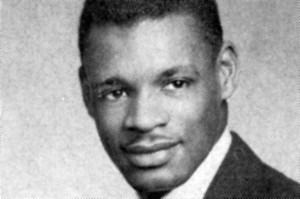 As he and his fellow Marine Corps veterans prepared to receive the Congressional Gold Medal in June, Nathaniel Boone ’52 recalled for the media his experiences as one of the first black U.S. Marines.

Twenty thousand African-American Marines, including Boone, went through basic training at the racially segregated Montford Point facility at Camp LeJeune, N.C., between 1942 and 1949.

Sixty-six years ago, Boone was a Marine recruit traveling by train from his home in Englewood, N.J. to Washington, D.C. There, in the nation’s capital, Boone entered the segregated, Jim Crow South. 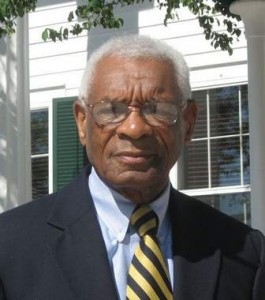 “I knew what was going to happen because my mother and my aunt, her sister, were born and raised in Georgia,” Boone tells the Rutland Herald. “They told me what to expect and told me I would have to get in the back of the bus when I reached Washington, D.C., which was true. That’s where the segregation started: In our nation’s capital,” he said.

From there they headed to the Montford Point facility, which was more like a “rattlesnake-infested swamp,” Boone tells CBS affiliate WCAX-TV in Burlington.

The rattlesnakes weren’t the only ones hostile to the black recruits.

As he tells Manchester Journal staff writer Brandon Canevari, “The whites were suspicious of you…. And there was a point where if you wanted to go on liberty, you had to be escorted by a white officer.”

The indignities of racial segregation didn’t sway him from his goal: a college education via the GI Bill, and with it a better life.

Listen to Nate Boone articulate his life mission for WCAX:

He tells the Rutland Herald that “I had made up my mind that I was going to take whatever the South gave me. Whatever the Marine Corps gave me I would endure, because it meant so much to get to college.”

It was a risk-reward gambit Boone knew would turn out right.

“I don’t regret any moment of it because of the fact that it allowed me to do what I wanted to do,” he said. 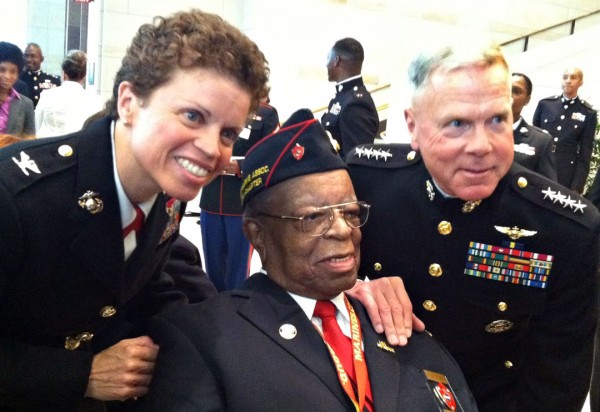 Bates has yet another connection to Montford Point in Marine Col. Stephanie Smith ’87. Her father is a Montford Point Marine, and she is collecting oral histories of the veterans in her capacity as a special project officer for the Montford Point Project.