President Clayton Spencer’s interview on student radio station WRBC-FM on Feb. 10 covered a range of topics: the obligation of a liberal arts college to help graduates get jobs; what responsible investing looks like in 2013; and Bates’ relationship with Lewiston.

And lest those topics seem a tad stuffy for a student radio show called Chin Wags and Grab Bags with DJ Nosebleed and Friends, Spencer rose, or sank, to her host’s level as needed during the 75-minute interview.

Besides big-picture topics, Spencer offered responses to questions about the new Bates Bobcat (“not unduly aggressive, but looks like he could handle pretty much anything”); her celebrity crush (Alan Rickman); and why she wanted to get the whole thing over with — so she could get  home to watch Downton Abbey.

Here’s a brief video of the Feb. 10 event and, below, a selection of edited audio clips from the interview.

Spencer sums up her perspective on what creates a career. “All you need to figure out at any given moment is your next gig,” she says. But, “you have to want to do it.”

Despite a long tenure at Harvard, Bates was not her presidential “safety school.”

What sets Bates students apart is their sense of “collective good,” the feeling of “intellectualism with respect that is among the strongest I’ve seen on any campus.”

To the question of why, in 21st century terms, should someone go to a liberal arts college, Spencer says it’s about creating a valuable and productive sense of self in the world.

The best way to ride the tidal wave of technology is not to “muddle down the middle” but to “go to two different extremes.”

More than any other, here’s the one quality that Spencer hopes every Bates student possesses upon graduation: Authenticity.

Responding to a question from Annie Cravero ’13 of the campus organization Bates Energy Action Movement, Spencer explains that responsible investing is about reconciling two important obligations.

The relationship between Bates and Lewiston is “strong and growing,” Spencer says. 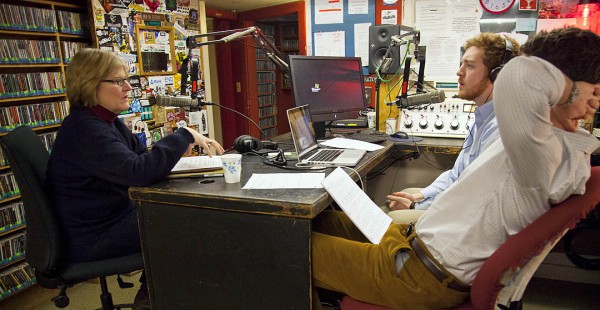 Video: Decorating a big Bates cake and eating it too