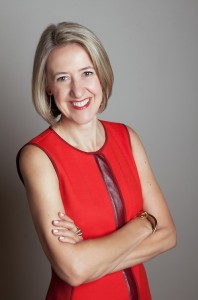 The June appointment of Caroline Baumann ’87 as director of the Smithsonian’s Cooper-Hewitt, National Design Museum in New York, was noted by scores of media outlets, including The New York Times.

The New York Times quotes Smithsonian secretary Wayne Clough, who praised Baumann for being “especially adept at forming substantive partnerships in New York, in Washington, across the nation and, indeed, around the world.”

Since joining Cooper-Hewitt in 2001, Baumann has held many leadership positions at the museum, most recently as acting director.

In her mission overseeing the only U.S. museum devoted exclusively to historic and contemporary design, Baumann has an immediate major challenge: overseeing extensive museum renovations and the reinstallation of its galleries. Now closed, the museum is set to reopen in fall 2014.

She’s more than up for the job, says Clough. “Caroline is passionate about design and reaching people — physically and digitally — with its lessons and insights.”

Baumann displayed that passion for illuminating the world of design and art while at Bates. Earning honors in French and art, she devoted her honors thesis to an in-depth study of an exquisitely drawn 15th-century devotional book known as a Book of Hours, specifically one produced by the notably artistic Habert family of France.