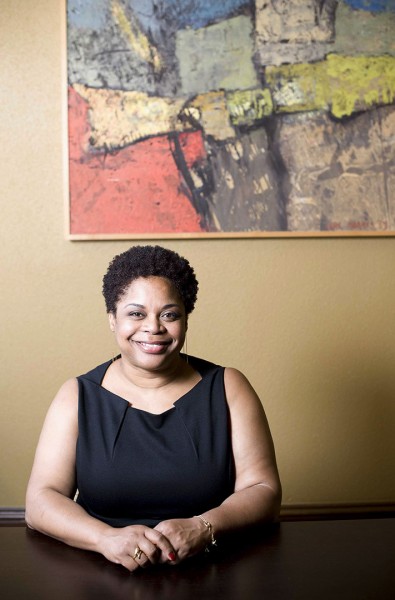 Williams will oversee the Office of Equity and Diversity and the Office of Intercultural Education and serve as a member of the president’s senior staff.

Currently dean for institutional diversity and a faculty member in creative writing at Reed, Williams is a widely published poet and author who will join the English department at Bates as a professor.

“I am delighted that we have found a person of Crystal Williams’ stature to lead diversity efforts at Bates,” said Spencer. “She brings deep experience and passion to the task of reclaiming and refashioning for the present the commitment to inclusion that runs deep in Bates’ identity and mission.

“That Crystal Williams is also a poet of remarkable depth and range will add dimension to her work in diversity, while enriching the intellectual community on campus.”

“I am thrilled to have the opportunity to work with Clayton Spencer and to join the Bates leadership team,” said Williams. “I am excited and looking forward to working with students, staff, faculty and alumni to move the dial forward, truly honor Bates’ tremendous history of inclusion, and collaboratively envision and set forth an exciting and innovative 21st-century agenda for the college.”

As chief diversity officer, Williams will be responsible for advancing the college’s commitment to diversity and inclusion. Williams will work with the dean of the faculty on academic appointments and retention, and with the Human Resources department on hiring and employment practices related to staff.

She will shape campus-wide initiatives and programming that promote a culture of inclusiveness as well as compliance with federal and state statutes and regulations governing nondiscrimination and equal opportunity.

Williams will work closely with Heather Lindkvist, Bates’ Title IX officer, who has responsibility for all aspects of Title IX programming, training, and compliance, as well as issues relating to policies and practices concerning sexual respect and misconduct. The Title IX officer reports to the president.

At Reed, Williams established the first office for institutional diversity, developing a strategic vision and mission and institution-wide programs. Collaborating broadly with campus colleagues, she designed and put into place training and assessment processes to further diversity and inclusivity. She was instrumental in enhancing faculty search processes, which resulted in a 50 percent increase in faculty diversity in tenure-track hires in the last academic year.

Williams’ appointment as associate vice president and chief diversity officer at Bates follows a national search carried out by a search advisory committee composed of faculty, staff, students and the president, led by Whitehouse Professor of Art and Visual Culture and of Women and Gender Studies Erica Rand, and Associate Athletic Director Gwen Lexow.

Associate Professor of Politics John Baughman provided staff support to the committee. The search included visits to campus by several finalists, who spoke in large forums and small meetings about their experience and vision for developing an environment of inclusion on campus.

Williams is a nationally award-winning poet and author of creative nonfiction. Her work has appeared in numerous literary journals and anthologies, including PEN America, American Poetry Review, Ploughshares, The Sun and Angles of Ascent: A Norton Anthology of Contemporary African American Poetry.

Williams was raised in Detroit, Mich., and Madrid, Spain. Her fourth volume of poetry, Detroit as Barn, will be published by Lost Horse Press in 2014. She was appointed by Oregon Gov. John Kitzhaber to the Oregon Arts Commission.

She has been appointed professor of English at Bates on the recommendation of the Committee on Personnel and with the approval of the Board of Trustees.