Crystal A. Williams, associate vice president for strategic initiatives and professor of English at Bates since 2013, has been appointed associate provost for diversity and inclusion at Boston University, effective October 2017.

Serving as Bates’ chief diversity officer, Williams has led the strategic expansion of programs to support institution-wide diversity and inclusion efforts for students, faculty, staff, and alumni, and has overseen the Office of Equity and Diversity, the Office of Intercultural Education, and the Multifaith Chaplaincy. 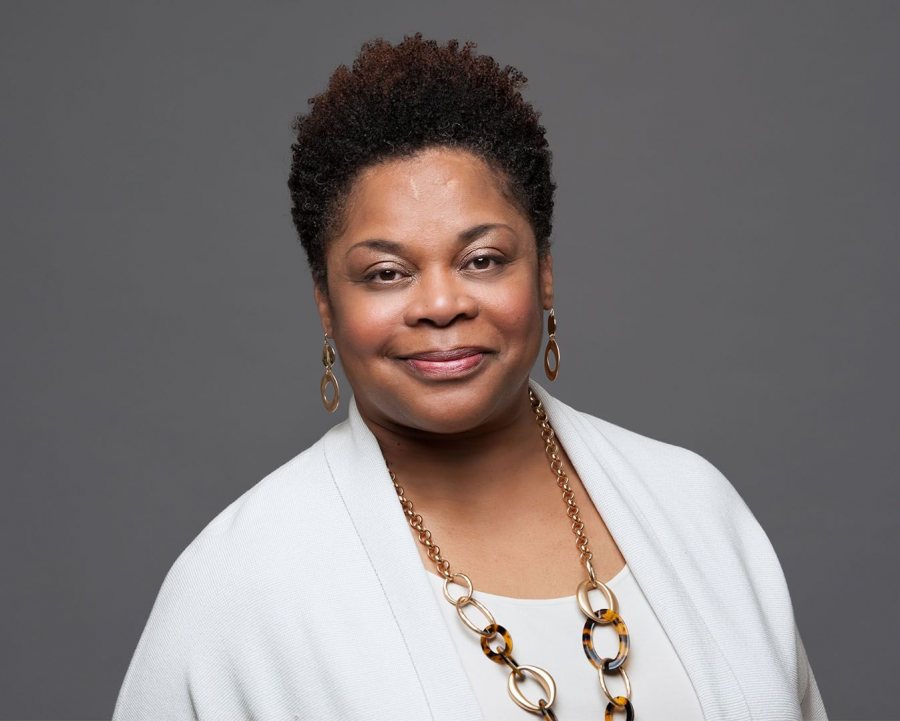 “Crystal has created strong institutional momentum toward fundamental, mission-driven goals. Her contributions at Bates have touched many areas of college life, particularly the student experience and faculty hiring,” said President Clayton Spencer. “Crystal is remarkably talented in program design, and Bates will continue to benefit from the strategies and programs she has put in place. I am grateful for the vision and creativity with which she has approached this vitally important work.”

“I am proud of what Bates has accomplished as we seek to ensure that our practices, policies, and programs support both our mission and our institutional goals,” Williams said. “Today, Bates is better able to provide members of our community with the tools they need to enact and embody the values that Bates espouses.”

Williams added, “Bates is such a wonderful community. I have enjoyed working with our students, staff, faculty, alumni, and trustees. I have learned how very important relationships are in this community — important not only to the personal endeavor, but to the collective one, as well. It’s been an honor to work in collaboration with so many wonderful and loving people.”

Williams has led efforts to translate Bates’ institutional vision and priorities into sustainable strategies for supporting and strengthening the college’s mission-based culture of inclusiveness.

In announcing Williams’ appointment to the newly created Boston University position, Provost and Chief Academic Officer Jean Morrison said, “I am thrilled that we have succeeded in recruiting Crystal Williams to Boston University. Crystal has demonstrated her ability to work collaboratively and effectively to develop significant offices that promote, support, and advance an institutional culture of inclusion.”

Among various constituencies, including faculty and students, Williams has led efforts to translate Bates’ institutional vision and priorities into sustainable strategies for supporting and strengthening the college’s mission-based culture of inclusiveness. As a thought leader and adviser, Williams has worked closely with colleagues to develop principled structures, practices, and programs to foster inclusive campus communities.

In the student realm, Williams expanded and reorganized the staffing of the Office of Intercultural Education, which develops and oversees student programming focused on diversity and inclusion. In 2014, the OIE relocated from a building on the campus periphery to a newly renovated and more central space in Chase Hall.

In addition, Williams has been the driving force behind significant new programming that has measurably improved the student experience, including Bobcat First!, supporting students who are the first in their families to attend a four-year college. According to a Bates survey, Bobcat First! has enhanced first-generation students’ overall sense of community and their ability to develop friendships, adjust to academic demands, and understand faculty expectations.

Williams was part of the leadership group that conducted a major revision of new-student orientation programming, and she oversaw Bates’ Working Weekend, a collaboration between the Office of Equity and Diversity and the Purposeful Work initiative, which brought alumni to campus to meet, mentor, and network with students from predominantly underrepresented groups. She oversaw the creation of Bates Alumni Mosaic, which fosters stronger communities of alumni from underrepresented racial/ethnic groups and/or who are LGBTQIA+ identified and their allies. 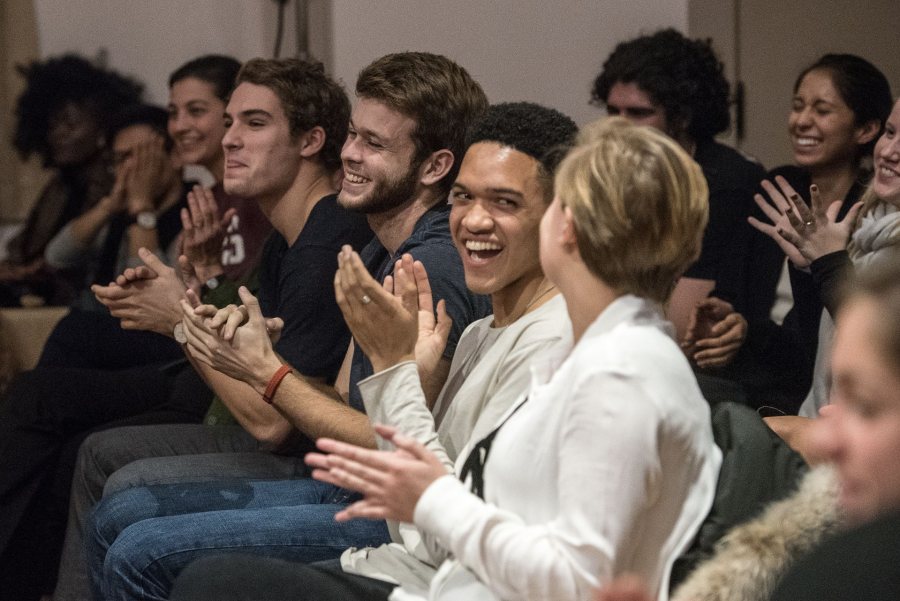 Bates students react to a storyteller during the December 2016 presentation of The Dinner Table, a prompt-based dinner program that helps students talk constructively across difference. (Andree Kehn for Bates College)

A noted leader in diversity in higher education, Williams has spoken about the imperative to diversify the professoriate at U.S. colleges. She played a pivotal role in Bates’ decision to join the Creating Connections Consortium (C3), an initiative funded by the Andrew W. Mellon Foundation that includes partnerships between four liberal arts colleges and selected research universities. On behalf of Bates, she served on the C3 Executive Committee, collaborating with senior leaders at other U.S. colleges and universities to develop innovative ways to address collective challenges.

In 2015, Bates hosted the annual C3 Summit, attended by more than 250 participants from colleges and universities across the country, including a number of Bates students who were active in diversity and inclusion efforts on campus. She has served as co-chair for the Liberal Arts Diversity Officers, a consortium comprising senior diversity officers at 28 liberal arts colleges.

The author of four volumes of poetry, Williams was one of 10 poets commissioned to write poems for the 2015 exhibition One-Way Ticket: Jacob Lawrence’s Migration Series and Other Visions of the Great Movement North at the Museum of Modern Art. A recognized thought leader on diversity in the arts, most recently Williams gave the opening keynote for the Maine Arts Commission’s annual conference, and participated in the 2016 Equity Series at the Museum of Modern Art with cultural critic Vinson Cunningham and Darren Walker, president of the Ford Foundation.

Before coming to Bates, Williams was the inaugural dean for institutional diversity and a tenured faculty member at Reed College. Williams will continue in her role at Bates through Aug. 17, 2017.

The college will undertake a search for Williams’ successor during the 2017–18 academic year. Beginning this summer and extending into the fall semester when students and faculty return, college leadership will seek input from members of the Bates community on the chief diversity officer role and parameters for the search. Meanwhile, the college is committed to ensuring continued progress and momentum on the issues and programs under Williams’ direction.

Kathy Low, interim vice president for academic affairs and dean of the faculty, will take responsibility for the faculty-facing dimensions of the chief diversity officer role, working with colleagues to assign responsibility for active and inclusive searches, curriculum development, and oversight of the two Mellon Foundation grants relating to faculty diversity.