In Chile, she pursued an independent study of dating violence among Chilean college students. Now back on campus, she’ll use the raw findings from that experience as the basis for the academic project that will dominate her senior year: the honors thesis. 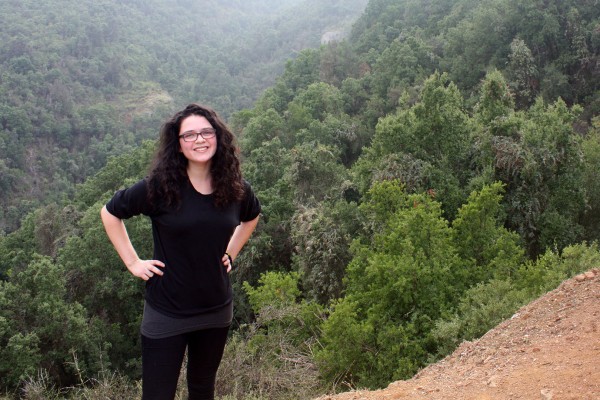 Research Funding: Schriger was in Chile with C.V. Starr-Middlebury Schools Abroad, a program sponsored by the Bates Off-Campus Study Office, and received a grant from the Andrew W. Mellon Foundation to help her integrate her abroad experience into her senior year academic work.

1. In a nutshell, what was your independent study project in Chile?

I developed and conducted a study on violencia en el pololeo, premarital dating violence, among Chilean university students. I traveled to different universities and held focus groups, asking students about dating violence and their thoughts about the topic.

2. Were you able to draw any conclusions?

While that part of the project will form the basis of my honors thesis work, it’s very evident that the concept of intimate partner violence is prevalent both in the numbers and the psyche of Chilean students.

My project is timely because the Chilean government is just now starting to look at proyectos de ley, law proposals, concerning premarital dating violence. Currently, assault in Chile is only legislatively considered to be domestic violence if it involves a man and women who are married and have lived together. This is problematic because many instances of domestic violence fail to be recognized as such by the legal system.

3. Aside from the topic, what did you learn by doing research abroad? 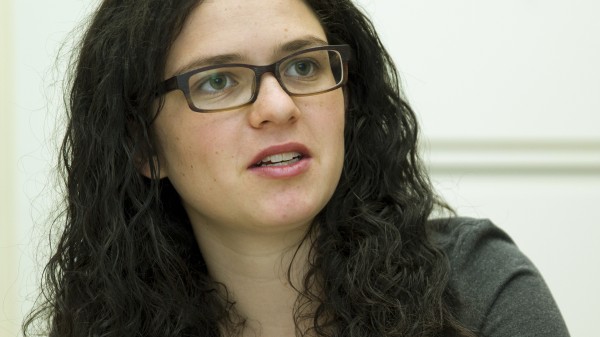 On her semester program in Chile, Simone Schriger ’14 examined the issue of dating violence among college students. The experience has given her the raw material for her honors thesis work. (Phyllis Graber Jensen/Bates College)

When in Rome, you have to do as the Romans. That is, if you want to get things done you can’t impose your own ethnocentric views on another culture.

It is a little difficult to transition from studying in Chile, where every day felt like an unknown day, to being back to what is more familiar. But I’m going to try to adopt a mindset back at Bates that every day can be an unforeseeable adventure.

5. How have you changed?

My first year at Bates, I had a general idea of things I wanted to do, but didn’t know the means of accomplishing those goals. I had no idea how to make an idea a reality in my life.

Now, given the experiences that I’ve had at Bates, the positions I’ve held and the classes I’ve taken, I feel confident in approaching a new situation. I have more control over my future.

6. Who is your Bates faculty mentor?

Michael Sargent has been my major adviser, and I have worked with him since freshman year as a research assistant and in his courses.

My project changed focus several times, but even when it shifted away from his area of research, social psychology, he was very supportive and continued to mentor me. He and I met with Professor Georgia Nigro, who helped me understand how qualitative research differs from quantitative research. Professor Nigro will be my thesis adviser.

I also met with Professor Claudia Aburto Guzmán, who is from Valdivia, which I didn’t know going into our conversation. Given that I had never been to Chile, she really helped give me insights about what was feasible, culturally and logistically. She supported my ideas while providing constructive criticism.

Since my first year at Bates, I have been involved with Safe Voices, an agency that deals with domestic violence in Lewiston-Auburn as well as Androscoggin, Franklin and Oxford counties.

Freshman year, I went to photograph the executive director of Safe Voices for Lewiston Auburn Magazine. I arrived, asked what the organization was about and decided I wanted to volunteer.

I was trained to be a helpline volunteer. Now, every week I sign up for a shift and have calls directed to my cellphone. Safe Voices runs a 24-hour helpline, so at any point during my shift anyone in the country, or I guess the world, could call this number and get support and resources about domestic violence issues.

Meet new faculty: Yunkyoung Garrison and the impact of racism and classism on mental health