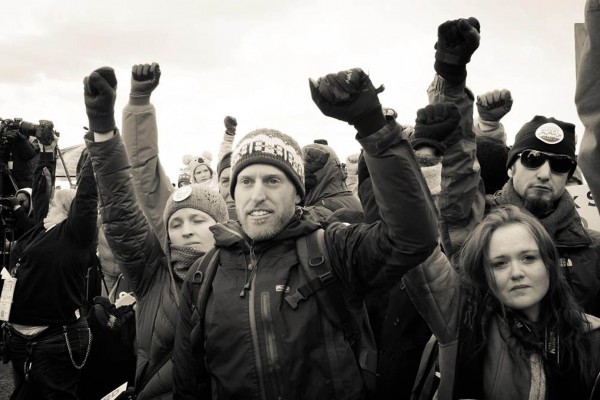 A forum on youth homelessness in Maine and a talk by a leading climate change activist take place a day apart in presentations by the Bates College office that facilitates collaborations between the campus and the greater community.

In recognition of National Runaway Homeless Youth Month, the Harward Center for Community Partnerships presents a youth representative and three specialists from social service agencies in a discussion of strategies for addressing youth homelessness at 7:30 p.m. Thursday, Nov. 7, in the Edmund S. Muskie Archives, 70 Campus Ave.

In the Nov. 7 discussion, titled “Invisible Strength: Connecting with Homeless Youth,” panelists discuss the circumstances of homeless young people across Maine and describe successful strategies for engaging them.

Panelists will include a youth representative; Cindy Carraway-Wilson, director of training for Youth Catalytics, a multi-state agency that serves public organizations supporting young people and families; and two administrators from the agency New Beginnings, founded in 1980 to serve homeless youth and their families: Robert Rowe, executive director, and Sarah Vazquez, education specialist.

The Lewiston-based New Beginnings, which serves more than 700 homeless youth and their families from all over the state each year, and the Harward Center have partnered to organize this panel in recognition of National Runaway Homeless Youth month.

Each year as many as 7,500 young people in Maine spend at least one night homeless. They are often invisible and surviving as best they can out of the public eye. The panelists will share data and stories about homeless youth’s needs and strengths, and describe their experiences and outcomes using youth development strategies to support these young people.

The Harward Center’s Civic Forum series is a showcase for discussion of civic, social, political and policy issues significant to the Bates community, Maine, and humanity as a whole.

Aroneanu’s Nov. 8 talk is titled “Building a Mass Movement to fight Climate Change.” He will discuss how the climate change movement can take on carbon bombs like tar sands oil; the role of fossil fuel divestment in the movement; and strategies being employed to progress rapidly towards a clean energy economy that benefits everybody.

Aroneanu co-founded the national Step It Up campaign in early 2007, and in 2009 joined Bill McKibben, the renowned American environmentalist, in founding 350.org. (The organization’s title refers to the goal for reducing the quantity of atmospheric carbon dioxide, expressed in parts per million, to a sustainable level. According to the organization’s website, the current CO2 level is 392 ppm.)

His talk is made possible by sponsorship from the Harward Center, the Bates-Morse Mountain Conservation Area, the environmental studies program, the Environmental Coalition and the Bates Student Government. Additional funding was provided by Project Pericles and the Christian A. Johnson Endeavor Foundation.

Aroneanu helped develop the ongoing campaign against the Keystone XL tar sands pipeline, an effort that has mobilized tens of thousands of people throughout the U.S. and Canada. He is also involved in the Fossil Free divestment campaign, active on more than 400 college and university campuses around the country.

The initiative to bring Aroneanu to Bates came from Bates juniors Kate Paladin of Palo Alto, Calif., and Jessica Nichols of Lincoln, Mass. In March, they were finalists in a national civic advocacy competition operated by Project Pericles, a nonprofit that promotes the teaching of social responsibility and participatory citizenship. The pair used part of their cash award from the competition to bring Aroneanu to Bates (using another part to support a letter drive to Maine Gov. Paul LePage opposing the proposed tar sands pipeline). Learn more.