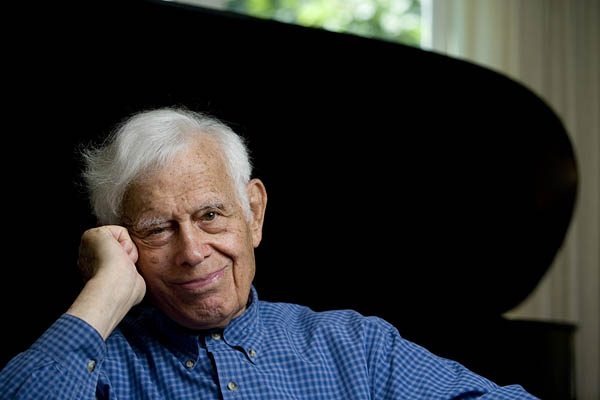 Following the performance, a reception and toast will be held on the Olin stage in his honor. Admission to the show is $10, available through batestickets.com, but 50 free tickets will be available for students and seniors (65-plus) at bit.ly/oacbates as of Feb. 3.

At 99, Glazer’s energy remains a source of amazement and inspiration for those around him. Born in 1915, Glazer had his first public performance in 1928.

Glazer, of Topsham, went on to a distinguished international career that began in the 1920s and has included numerous recordings, solo recitals and performances with orchestras and chamber ensembles, and his own television show in the 1950s. With his wife, the late Ruth Glazer, he founded the Saco River Music Festival, held for many years in Cornish, Maine.

Glazer has been an artist in residence at Bates since 1980. He recently finished a season of concerts revisiting his favorite music from three decades of performing at the college. In 2012, he released the book, A Philosophy of Artistic Performance (With Some Practical Suggestions), a collection of aphorisms and advice that he has been amassing since the 1930s. That same year he was featured on American Public Media’s popular program “The Story.”