Taking a break from the Carolina Chocolate Drops, singer McCalla to perform 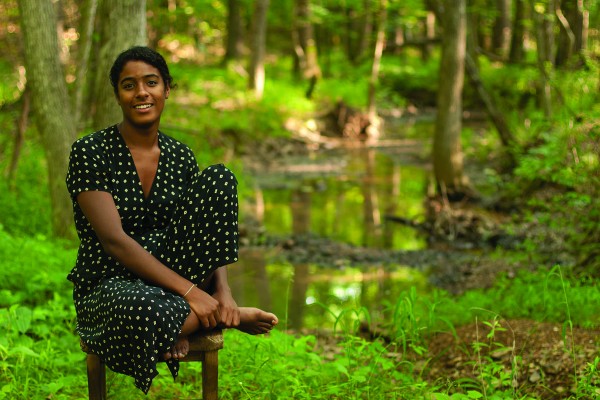 Leyla McCalla, a singer-songwriter who performs with the Carolina Chocolate Drops and has been likened to Billie Holiday, performs at 7 p.m. Sunday, Feb. 9, in the Olin Arts Center Concert Hall, 75 Russell St.

Admission to the show is $15, available through batestickets.com. Free tickets are available to a limited number of students and seniors (65-plus) through bit.ly/oacbates.

A singer, songwriter and multi-instrumentalist, McCalla is touring in support of her debut album, Vari-Colored Songs: A Tribute to Langston Hughes (Dixiefrog Records). “What a voice, more Billie Holiday than anything,” Singout magazine reviewer Chris Nickson wrote in a review of the recording.

“It’s an album that seems to exist out of time . . . although the world it describes really hasn’t moved on too much. As arranger, musician and vocalist she’s a remarkable talent, and this debut is assured and a harbinger of a towering career.”

McCalla has been a touring member of the string band the Carolina Chocolate Drops for two years. The cross-pollination of her Haitian roots with the African American folk-blues tradition endows her music with a unique, highly poetic freshness. Her album, set for release this month, got a push from a successful Kickstarter campaign that raised more than $20,000.

Vari-Colored Songs blends settings she has written for poems by Langston Hughes, the renowned poet of the 1920s Harlem renaissance, with Creole folk songs. Guests on the album include Rhiannon Giddens and Hubby Jenkins of the Carolina Chocolate Drops, as well as New Orleans’ own Don Vappie on tenor banjo and Luke Winslow King on guitar.