The tech media report that Wander, the social-media startup co-founded by Jeremy Fisher ’06, was recently snapped up by Yahoo! Inc. for more than $10 million. 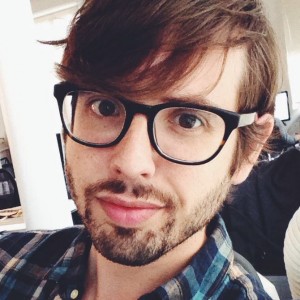 Jeremy Fisher ’06 is co-founder and CEO of Wander, developer of the Days app and recently sold to Yahoo.

Wander is the developer of Days, a photo-sharing app that lets users assemble, curate and share a visual diary of their day.

Wander was a graduate of Techstars, a startup accelerator program, in summer 2012, and since then had generated quite a bit of buzz as a “stealth startup.” Wander launched its Days app in spring 2013.

That outlet notes that the deal is “the latest in a series of acquisitions by Yahoo, which has acquired 26 companies in the previous year.”

The dollar figure reported by TechCrunch has not been confirmed by Wander or Yahoo.

TechCrunch reports that Fisher, the firm’s CEO, and his Wander team will stay together and begin working on projects as a part of Yahoo’s Mobile and Emerging Products team, based in New York City. Days will continue as a standalone app.

“Days is a way to share a day in your life.”

The Days app creates social engagement around one of the most common phrases in human communication: “How was your day?”

App users can take photos and create animated GIFs during their day, then the app gathers them in a sharable package called, what else, a “Day.”

“The idea is this,” says TechCrunch‘s Jordan Crook. “Rather than sharing bite-sized moments in real time, Days is about sharing an entire story of how your day went. By tying everyday experiences together, Days lets you share mundane things like your morning coffee or your cat and, thanks to the context created within the story, those mundane things become more ‘share-worthy.'”

I asked Fisher about how theDays app grew out of his vision for Wander.

“I’d would love to see a day in the life of a professor in the field.”

An interesting take on Days is offered by Tekekek’s Aric Mitchell, who suggests that keeping a visual diary can do what a written one has always done: help people evaluate what the heck they’re doing with their lives.