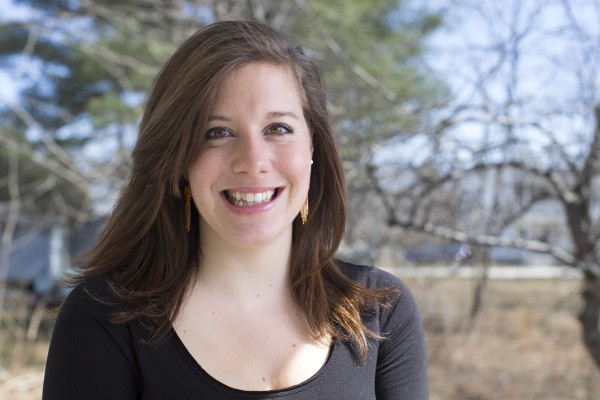 Devin Tatro ’14 of Haverhill, Mass., is the co-recipient of a Davis Project for Peace grant. (Phyllis Graber Jensen/Bates College)

Two Bates seniors have received a national award that will launch an initiative in Rwanda to support children of incarcerated people.

A 2014 Davis Project for Peace award has gone to Simone Schriger of Los Angeles and Devin Tatro of Haverhill, Mass., who, after graduating from Bates, will spend this summer in Rwanda developing a program to foster resiliency and community among people whose parents have been imprisoned for reasons including their involvement in the 1994 genocide. 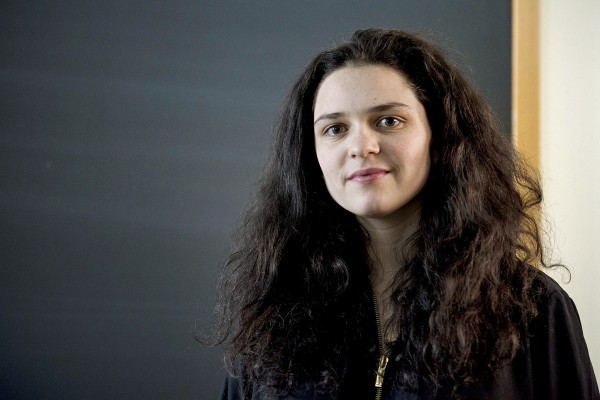 Established in 2007 by the late Kathryn Wasserman Davis, the Project for Peace program provides $10,000 apiece to initiatives promoting peace and addressing root causes of conflict. Learn more at www.davisprojectsforpeace.org.

The pair will establish the program with the Rwandan branch of Prison Fellowship International. They are basing their project on activities proven in U.S. CIP-advocacy programs, which they will adapt for Rwanda’s unique circumstances.

Imprisonment is a salient social and political issue in Rwanda, which ranks seventh worldwide for imprisoned population, according to Tatro and Schriger. Twenty years after the 1994 genocide, in which Hutu extremists massacred as many as a million Tutsi and moderate Hutu, the nation is still working toward recovery — a situation presenting a unique context for more universal concerns about children of prisoners.

With some 120,000 individuals accused of genocidal crimes, Rwanda found distinctive ways — such as the “gacaca” courts adapted from tribal practices — to exercise justice in the years after the massacre.

“Achieving a peaceful society demands successful criminal reconciliation: healing broken relationships, repairing the damage done by crime and restoring an imprisoned offender to an integrated and productive member of society upon release,” Tatro and Schriger write in their Davis proposal.

Yet, they note, the children of prisoners have typically been neglected in the two decades of national healing.

“Rwandan CIPs are a critical missing link in national reunification and vital to the peace-seeking process.”

Schriger and Tatro bring complementary interests and skills to the project. Tatro, who has studied in Rwanda, is an honors anthropology major whose experience with field work will inform the pair’s research.

“Working with children of incarcerated parents as a demographic is something I’ve been interested in doing,” she says. “It’s a demographic that people don’t necessarily know how to help or deal with.

“A lot of these children go under the radar — it’s like losing a parent, but also involves shame and confusion. We will look into how this ties into their identity.”

An honors psychology major, Schriger is interested in the practice of restorative justice, a theme in Rwandan reconciliation and recovery efforts since the genocide. She believes that restorative justice methods are the key to an empowered community.

Restorative justice prioritizes the personal needs of the victim and the community over the abstract needs of the state. It fosters dialogue among the parties with the intent of redressing the victims’ grievances and rehabilitating the offender.

“It is based on the belief that justice has to be achieved through a process of reconciliation and conversation, rather than just banishing someone to a cell,” Schriger says.

The pair hope to bring that concept into the breach between imprisoned parents and their children, who are typically separated by barriers not only physical but emotional and social.

“We want to put children in contact with their parents,” says Schriger. “We want them to understand that their parents are real people — and that not everything has to be perfect, but that they can have working relationships.”

Tatro points out that her and Schriger’s project reflects a growing worldwide concern about the well-being of CIPs. “A lot of our work in designing this project was looking at programs in this country that address children with incarcerated parents — programs that are growing in number and influence.”

Along with interventions by expert counselors, Tatro and Schriger will empower CIPs with resources for emotional catharsis and self-understanding, such as journaling, support groups and letter writing to imprisoned parents.

Drawing on Tatro’s anthropology training, the pair will also document the narratives of the children, “beginning to capture and interpret their unique position, and what it means for peacemaking, in a post-genocidal culture,” they write.

Tatro visited Rwanda in the fall of 2012 where she got hands-on experience in conflict resolution at the Truth and Reconciliation Commission and the Rwanda Development Board.

She also conducted research in Uganda for her honors thesis in anthropology, which looks at the efforts of the Sebei people to market their ethnic and cultural heritage to tourists and international aid organizations.

Schriger, who received a prestigious Watson Fellowship this spring, worked with CIPs at a program for impoverished children in Los Angeles. She spent winter 2012 in Chile, where, in addition to studying at a local university, she conducted research for her honors thesis about perceptions of dating violence in that country.