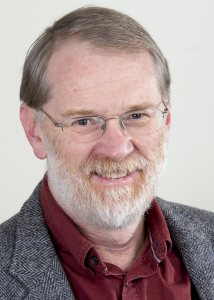 Professor of Biology Will Ambrose has been appointed program director, a one-year position, of the NSF’s (Phyllis Graber Jensen/Bates College)

As an NSF program director, Ambrose will have authority over $12 million in research funding that in large part defines how scientists study climate change in the Arctic.

The program directorship, a one-year appointment with the potential for a second-year extension, is a powerful opportunity to help set the direction and strategy of Arctic research on a national scale, Ambrose said.

“I’ll be managing all the research that the program funds,” Ambrose said, “soliciting proposals, evaluating them with external reviewers, deciding with my NSF colleagues which projects get funded, and overseeing funded projects.”

It’s a great opportunity, he said, “to make a broad impact on Arctic science by helping set NSF policy.”

The AON is a system of ocean buoys and satellites that gather data and information on the environmental conditions in the Arctic.

Data from the AON enables researchers, governments, and advocates to better understand the wide-ranging, significant, and rapid environmental changes occurring there. 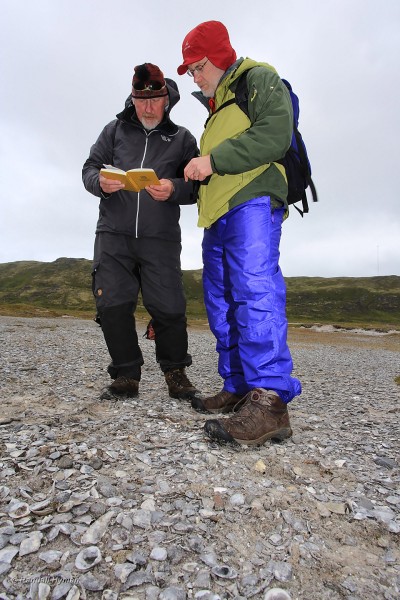 Because appointments of this type typically go to scientists at research universities, Ambrose’s selection speaks to his compelling body of Arctic research and the strength of the natural sciences at Bates, said Dean of the Faculty Matt Auer.

“Will’s command of both short-term and long-term observations of environmental change make him an ideal candidate to serve as the director of the NSF’s Arctic Observing program,” Auer said.

As a biologist and oceanographer, Ambrose has made a name for himself among Arctic scientists by looking for clues to climate change in the shells of certain types of clams, and he and Bates colleague Michael Retelle, professor of geology, recently received a three-year, $337,228 NSF grant to pursue research in this area.

“A remarkable range of expertise.”

Together, they are analyzing environmental changes that have been captured in clam shells over the course of a millennium. By studying changes in clam shells, they are able to plot fluctuations in sea temperature where the Barents and Norwegian seas meet.

“Will studies how recent and ongoing changes in the environment affect bottom-dwelling marine organisms,” Auer said. “And by studying the hard parts of the shells of clams, he also measures changes to benthic (ocean floor) communities over hundreds of years.

“That’s a remarkable range of expertise and the right combination to help NSF shape a program dealing with a region where climate change is especially pronounced.”

“Bates makes this possible by providing financial support for student research  and by requiring seniors complete a thesis before graduation.”

For the last year, Ambrose has been in Norway on sabbatical at the University of Tromsø’s geology department studying methane seep communities.

Ambrose, who started his Arlington, Va.-based appointment on June 15, said the NSF job would not have happened without the research assistance provided by his Bates students and the support he has received from colleagues.

An NSF director, Ambrose explained, must have an active research program and a strong record of NSF funding and scholarly publication.

In his case, “I have outstanding colleagues in geology and anthropology with whom I interact and co-write many proposals,” he said.

Bates students enter the equation by “doing much of the research work,” he said, work that Bates actively supports through “financial support for student research and by requiring seniors to complete a thesis before graduation.”

Don’t think that Ambrose is trading in his hip waders exclusively for a desk job.

His NSF appointment allows him to spend up to 20 percent of his time conducting his own research, although he acknowledges he’ll likely have to cobble together research trips in conjunction with weekends and vacations.

He also anticipates the appointment with AON will greatly influence his teaching and present new opportunities for Bates students.

“I will be able to teach the newest research in Arctic science and climate change,” he said. “Typically, NSF proposals are several years ahead of the published work. I also expect to make many contacts in the field that I can use to help place students in appropriate graduate programs.”