Bates is a distinctive presence at international chemistry conference 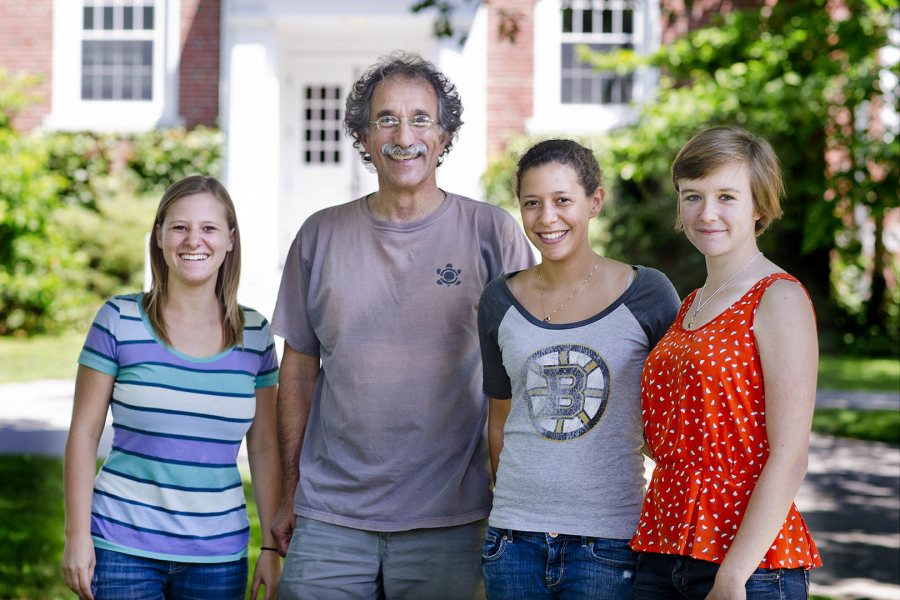 If you’re listing ways that Bates is distinctive, here’s another.

Bates was the only undergraduate educational institution to take part in a recent international conference dedicated to research in an intriguing branch of chemistry.

Tom Wenzel, Dana Professor of Chemistry at Bates, chaired the 27th edition of the International Symposium on Chiral Discrimination, aka Chirality 2015, in Boston June 28–July 1. The event attracted some 250 scientists representing 24 countries.

“It’s highly unusual for a science faculty member from an undergraduate institution to be asked to chair a conference of this stature,” says Wenzel, only the second researcher from a U.S. undergrad school to chair the chirality event, founded in 1988.

Wenzel brought nine current and former Bates students along. All the Bates students helped Wenzel with conference operations, and seven of them presented research. The Bates contingent’s travel and participation were paid for by a combination of college funds, an alumni gift, and Wenzel’s own National Science Foundation grant.

Considered the premier conference in the field, the chirality symposium is dominated by research universities. “Usually when I attend this conference, I’m the only attendee from an undergraduate institution,” Wenzel says, “and any students of mine who present are the only undergraduates at the conference.”

Yolanda Rodriguez ’15 of North Miami Beach, Fla., was one of the students Wenzel invited. “It was cool to see how there was a community,” she says. “It was interesting to see how most of the researchers at the conference knew each other and how they collaborate, because I think there were some collaborations that even began there.”

“It was similar to a Mount David Summit experience,” Patton says, “but with people who knew everything you are talking about — plus way more.”

“It was great to be with a group of people that are so highly regarded and at the top of their field, a field that’s of interest to me.” 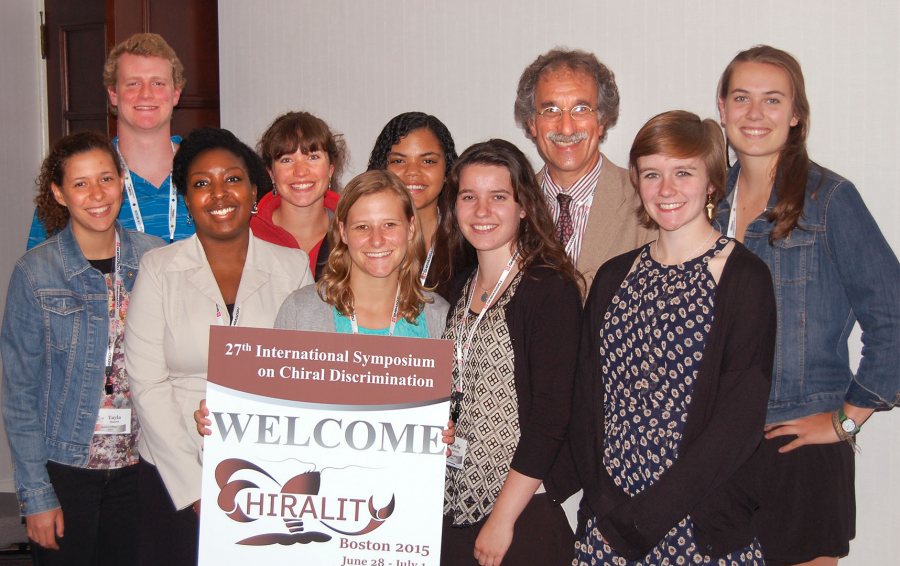 And what is chirality? Pronounced kai-RAL-ity, it’s a phenomenon in which two molecules are mirror images of each other, like your hands. In some cases, such compounds have significant reactive differences.

Wenzel is known internationally for his research in the field. His work has resulted in more than 150 publications and attracted more than $2.9 million in external grants, including seven rounds of research funding from the National Science Foundation.

During Wenzel’s time at Bates, 125 students have collaborated in his research and 77 have co-authored peer-reviewed publications about the work (four high school teachers have also co-authored Wenzel publications). He has been particularly active in involving students from groups historically underrepresented in the sciences in his work.