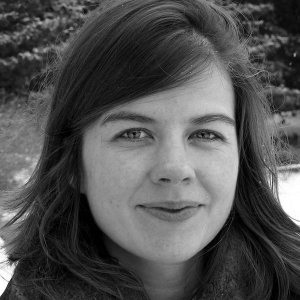 Elizabeth Mueller, Mellon Postdoctoral Fellow in the Humanities at Bates and a writer of creative nonfiction, reads from her work on Oct. 14.

Elizabeth Rush Mueller, a photographer and writer of creative nonfiction, reads from her work at Bates College at 4:15 p.m. Wednesday, Oct. 14, in the Edmund S. Muskie Archives, 70 Campus Ave.

Presented by the Language Arts Live series of literary readings, Mueller is the Mellon Postdoctoral Fellow in the Humanities in the English department at Bates.

Mueller has crossed borders with Bangladeshi cattle smugglers, built homes with Lima’s squatters, and participated in the underground performance art scene in Hanoi. Her books include Still Lifes From a Vanishing City: Essays and Photographs of Yangon (Global Directions/Things Asian Press, 2015).

Her work has appeared or is forthcoming in Granta, Orion, The New Republic, Le Monde Diplomatique, Al Jazeera, and Witness, among others. She is a recipient of the Metcalf Institute Climate Change Adaptation Fellowship. Her latest project is a book about how five North American communities are responding to rising sea levels.

In the Language Arts Live event, Mueller’s readings will include “Holding Hands,” an essay from Still Lifes, a book that uses photographs and lyric essays to explore a time of upheaval in Myanmar’s capital city. Mueller captured the stories of people living in colonial-era buildings that the government auctioned off to private investors, who typically razed them.

“In part because Yangon had been held at an arm’s length from much of the world for the past half century, a lot of the residents had lived in the city for a long time, and then all of a sudden it was changing really quickly,” she says.

“Holding Hands” is the story of a refugee from Cyclone Nargis, which devastated Myanmar in 2008, leaving an estimated 138,000 dead. “She ends up squatting in a colonial building in downtown Yangon that has this incredible history that she doesn’t know anything about,” Mueller says.

“The essay is an investigation of the history of the building and the refugee’s precarious situation, and her relationship to this building and how it’s changing,” she explains. “The building turned out to have been the place where the National League for Democracy had met and voted to create a very public referendum asking that the military junta hand over power in 1991.”

“In this way, I think that writing creative nonfiction writing means honoring two seemingly opposite impulses: one to be drawn outward and to record the world that you’re part of, and second, to reflect upon and to analyze your place in the world — the world that we describe and shape through writing.”

As the Mellon Postdoctoral Fellow in the Humanities, Mueller is teaching creative writing courses, while working to create partnerships between the English department and other departments and programs at Bates, such as environmental studies, geology, biology, and theater and dance.

A creative nonfiction writer is a witness first.

Her autumn course “The New Nature Writing” asks students to explore literary and scientific approaches to climate change as a prelude to writing their own creative nonfiction essays on the topic.

In a course during Bates’ five-week spring Short Term next year, Mueller’s students will gather first-hand accounts of Maine’s changing climate from farmers, lobstermen and biologists who study seasonal songbird migration. “The end product,” she says, “will be an immersive online archive that holds those final products, as well as field notes, photographs and other bits and pieces that went into the production of those creative non-fiction narratives.”

The postdoctoral fellow program in the humanities and humanistic social sciences at Bates is part of a larger initiative, supported by a $1 million grant from The Andrew W. Mellon Foundation, designed to approach curricular and teaching innovations in a strategic and thoughtful way. Appointed for two-year terms, the fellows teach and conduct research. They were selected partly on the basis of demonstrated commitment to innovation in their fields.