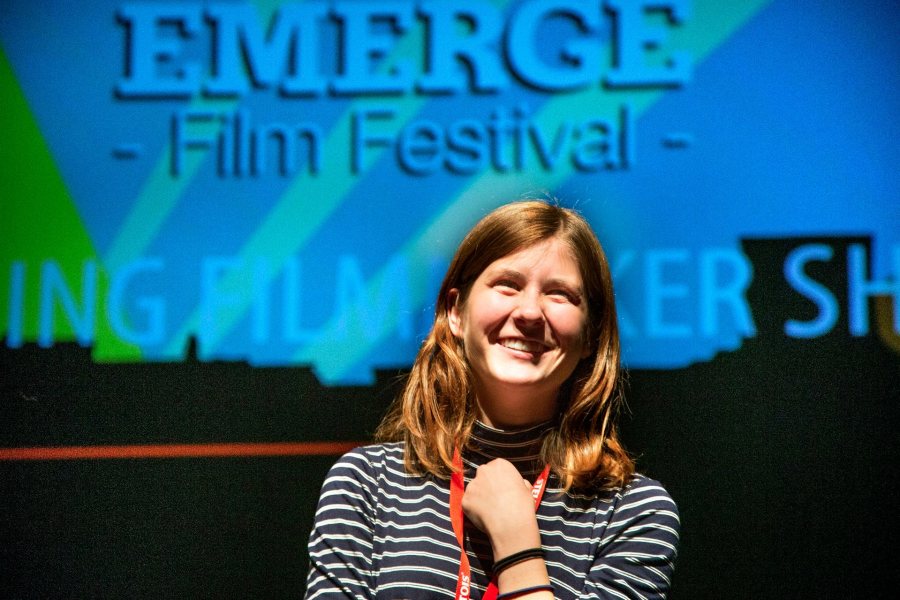 Among the directors chosen from more than 2,300 applicants was Nicole Danser ’15, now a student at the University of Southern California School of Cinematic Arts, who screened her short film, Good Art, in Schaefer Theatre.

We caught up with her last week and asked her about movies, the liberal arts, and her desire to make films.

You were an environmental studies and English major. So how did you end up wanting to make movies?

What prompted me to apply to graduate school for filmmaking actually was environmental studies. I wanted to have a creative career and travel but I also wanted to “make a difference” — specifically a positive one, and I think environmental documentaries encompass those specifics well.

Both majors have helped me in pursuing my career, just maybe not in the way I originally anticipated.

My senior thesis was an environmental documentary about the legal battle between the Penobscot Nation and the state of Maine over claims to the Penobscot River. It let me tell a story, see a new part of Maine — and a new perspective on it — and hopefully bring to light an issue others might not have known about.

I’ve always enjoyed writing stories of some sort, so majoring in English has played its part in my interest in filmmaking as well. Narrative and documentary films often deal with the same building blocks: character, tone, story, etc., so I think movement between the two forms is rather natural. And because one of my favorite parts of filmmaking is writing the script, I try to take that opportunity to “make a difference,” just more culturally than environmentally.

So I would say that both majors have helped me in pursuing my career, just maybe not in the way I originally anticipated.

I’ve always been interested in telling stories, I just didn’t know it was a realistic career path until I realized that — well, even if it’s not, it makes me happiest so I should to do it anyway.

What is your short film, Good Art, about? What inspired it?

Good Art is about people confronting a piece of artwork, which leads characters into conversations about what it means to have different interpretations and interactions with art.

A scene from Good Art:

The inspiration behind it was the Museum of Contemporary Art in Los Angeles, where my partner worked as a gallery attendant. I would visit the museum weekly and listen to the conversations people would have, and I would start conversations with the attendants.

Everyone would interact with the pieces in very specific ways depending on who they seemed to be and who they were with. And I wanted to talk about the subject, so I made the film!

Has your liberal arts education helped you in your pursuit of filmmaking?

Well, without my liberal arts education, I wouldn’t have thought to apply to film school (or gotten in, most likely). 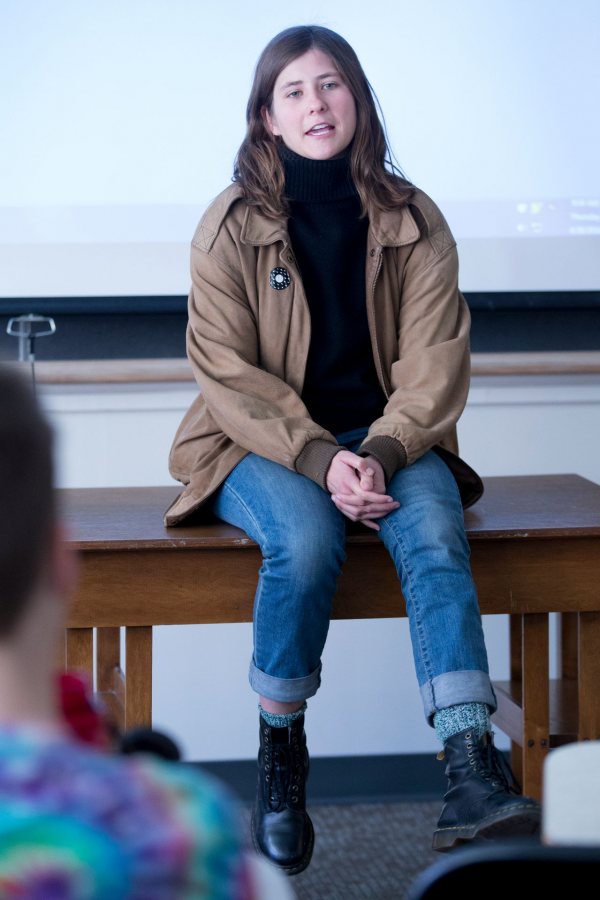 As for the actual creation of my films, my English major and the writing intensive courses I took at Bates have definitely helped me with scriptwriting as well as my grant and scholarship requests. In general, the courses I took made me think in a different way.

I am not the person who came into Bates as a first-year student, and I have a lot of brilliant professors and fellow students to thank for that. The conversations I have had inside and outside the classroom have helped me become a more complex and questioning person.

You’re stuck on a desert island with only one movie loaded in your iPad. What’s the movie and why?

I tend not to watch any movies over and over again, even if I adore them, so this is a tough question.

But if you’re asking what my favorite movie is, I would say right now it’s Mustang, directed by Deniz Gamze Ergüven.

It’s a beautifully shot film that captures the relationship between sisters as well as how they cope with the culture of their small hometown in Turkey.

What really struck me emotionally was the fantastic performance and directing of the young girls in the movie, which made me think that the behavior of young girls is universal despite the culturally different places they may inhabit.

The story is both intense and meandering, with beautifully slow moments and moments of great boldness and desperation. Maybe I should watch it again…