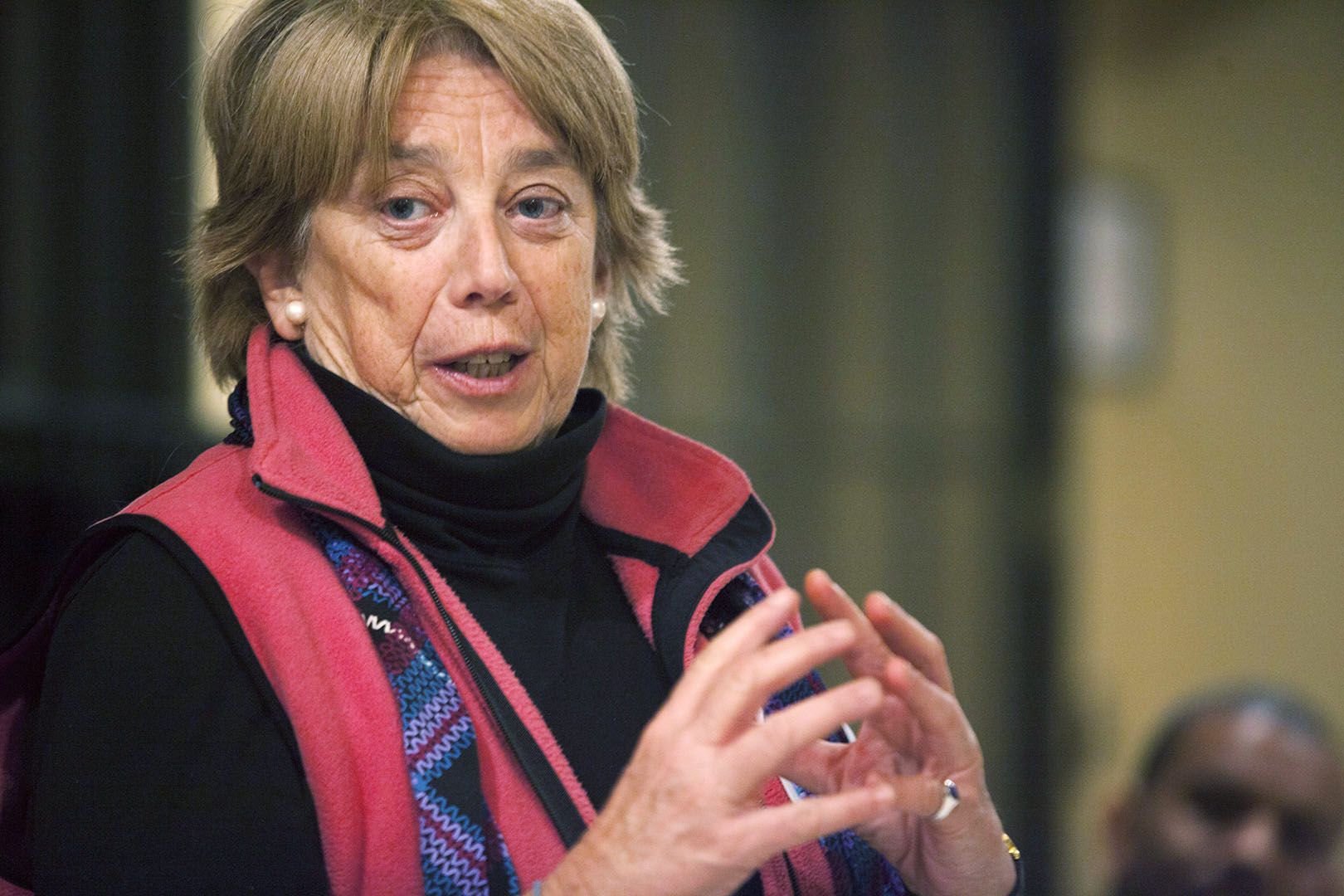 Alison Bernstein, who died on June 30, speaks to a gathering of alumni, parents, and friends in Atlanta during the “Multicultural Voices” listening events held around the country in 2011. (Phyllis Graber Jensen/Bates College)

Alison Bernstein, a member of the Bates College Board of Trustees and a U.S. higher education scholar, policy expert, and activist who helped to open doors for diverse and historically underserved populations, died of cancer on June 30, 2016, at age 69.

Appointed to the Bates board in 2007, Bernstein used her “wealth of experience and expertise in foundation philanthropy and academia” as a “champion of equity and diversity, both for the campus community and the Board of Trustees,” wrote President Clayton Spencer in her message to the campus community on July 5.

Bernstein served as vice chair of the Bates board from 2010 to 2014, as a member of the Presidential Search Committee in 2011, and as co-chair of the Board Governance and Admission and Financial Aid committees.

Her daughter Emma Brown-Bernstein graduated from Bates in 2009.

“Alison’s deep experience as an educator, forward vision, and keen understanding of the human condition contributed profoundly to the Bates experience for nearly a decade. Alison embraced Bates fully — our institution, our community, and our people — and we will miss the strength and warmth of that relationship,” said Michael Bonney ’80, chair of the Bates College Board of Trustees.

Director of the Institute for Women’s Leadership at Rutgers University since 2011, Bernstein was earlier a Ford Foundation official for 14 years, rising to vice president of the Education, Creativity, and Free Expression Program, now known as Creativity and Free Expression.

“Ms. Bernstein was a polymath who brought her broad knowledge to bear on an array of causes” at the Ford Foundation, The New York Times noted in its July 10 story.

She “expanded opportunities for learning and tackled challenging social problems,” the story said and, specifically, “worked on improving community colleges and increasing the transfer rate for students to four-year institutions; opening up higher education to more Native American students; and advancing women’s and gender studies.”

In her tenure at Rutgers, said the Times, Bernstein “promoted interdisciplinary study on the areas of women and health and women, media and technology,” and led efforts to endow a professorship in Gloria Steinem’s name that will be devoted to media, culture, and feminist studies.

A professor of history at Rutgers who was a scholar of Native American studies and women and gender studies, Bernstein’s scholarship included the co-authored book Melting Pots and Rainbow Nations: Conversations About Difference in the United States and South Africa.

Bernstein’s first board service was in 1969, at age 22, when she was appointed a trustee of Vassar College, her alma mater, just months after her graduation.

In a sign of the times, then-Vassar president Alan Simpson said that “if anyone can mediate between hairy youth and hoary age, it is Alison Bernstein.”

In turn, Bernstein, as quoted in a 1969 Newsday story, said that “so far as I can tell, the generation gap is a creation of people who don’t realize we’re closer together than we think we are.”