When students unplug, what happens? (Hint: they like it) 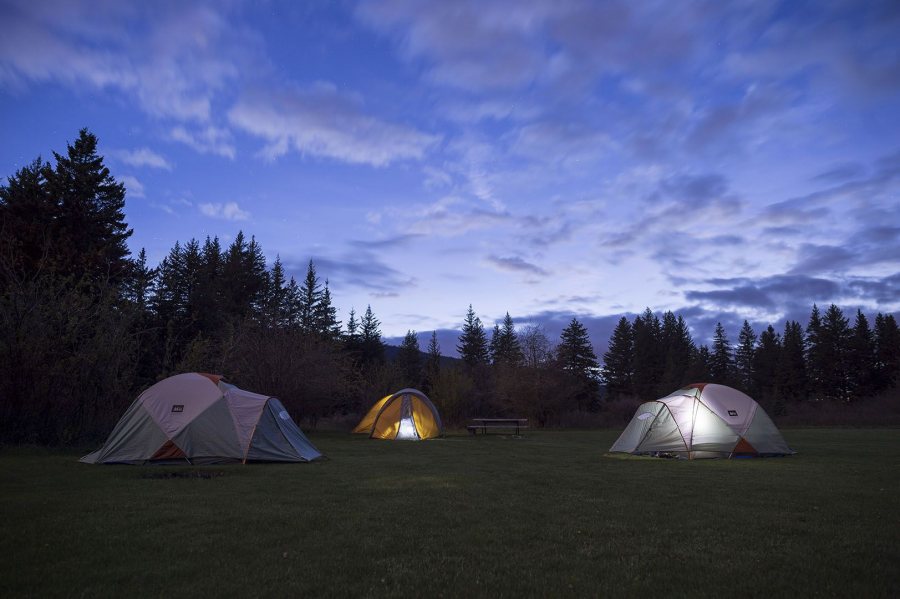 Unplugged from everything except the sky above, students and their professors call it a night at a Madison River campground near Yellowstone National Park on May 17. (Josh Kuckens/Bates College).

The first two weeks of the year are nearly frenetic as clubs and organizations recruit new members, sports teams get underway, and professors lay out expectations and challenges.

And a lot of this happens as students plug into the Bates network.

But what happens when students unplug? For that, we look back to the spring, when 14 students spent a stretch of time offline during their Short Term fieldwork in the Northern Rocky Mountains with geology professors Dyk Eusden ’80 and Geneviève Robert.

Here’s what the 14 had to say about being unplugged. (Hint: they liked it.)

Physics major Owen Ahlborn ’19 of Providence, R.I., read eight books. “I really didn’t do much reading for pleasure before this, so it’s been sick to just cruise through a bunch of books and to have a bunch of time to do that.”

His list included A Farewell to Arms, One Hundred Years of Solitude, Alive (about the 1972 plane that crashes in the Andes with a team of soccer players), Cooked (by Michael Pollan), The Martian, plus one “that I can’t remember right now.”

Jake Atwood ’19 of Natick, Mass., said he had experience going without his phone for extended periods. The Spanish and philosophy double major said that “it’s really good to take a break from technology every once in a while and remember the other things that are important in life. I’ve loved that about this trip.”

Environmental geology major Nick Barker ’18 of Lancaster, N.H., said he rediscovered the fun of reading before bed. “At Bates, we have so much required reading, so I don’t want to read before bed. I just want to sit in bed and relax.”

Plus, he adds, “going to bed when it’s dark and waking up when it’s light has been pretty cool.”

Lindsey Beauregard ’18 of Hollis, N.H., said being offline meant “a lot of face-to-face time with people and more time to reflect on what I want to pursue in the future.” The value of those conversations confirmed why she’s “a big fan of not being obligated to check technology every day.”

A neuroscience major, she did a lot of reading for pleasure, and it was “interesting to hear all the recommendations that people have and read their books.” It’s given her an appreciation for “literature as art” instead of being “just what I can get from a story.” 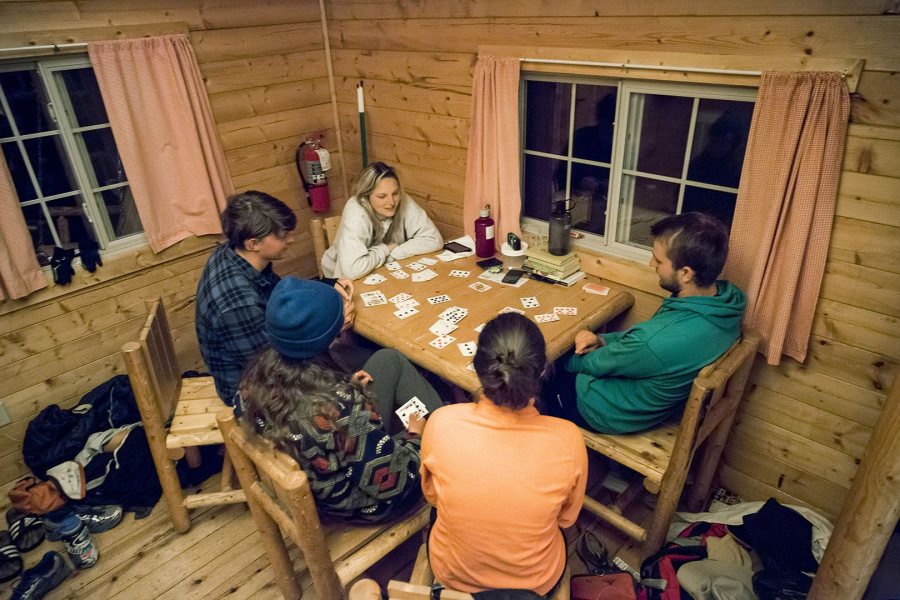 Students play cards in their West Yellowstone campground cabin on May 21 during their Short Term geology trip to the Northern Rockies. (Josh Kuckens/Bates College)

Geology major Jack Doyle ’18 of Mendham, N.J., said that his phone broke so he’d be offline anyway. “I actually really enjoyed it.”

Adelae Durand ’19 of Cumberland, R.I., said that her mom was kind of “freaked out” by not hearing from her. “But it’s good to get into the wild and seclude yourself,” said the neuroscience major. Although, she allowed, she was starting to miss home.

“It makes me wonder what my attachment to the news was all about back home.”

An environmental studies major from Washington, D.C., Elise Emil ’17 said that she had been “addicted” to news about the presidential race before the trip. That was before a data blackout at Craters of the Moon. Since then it had been two weeks, “and it’s pretty nice to be detached. It makes me wonder what my attachment to the news was all about back home.”

Danielle Fournier ’18, an economics major from Sugarland, Texas, said she “broke out the hammock a lot more than I would at Bates. Then again, maybe not, since it’s Short Term.”

She valued the time to read: “I picked up a Walmart book for the first time, but I couldn’t tell you what it was.” And she thinks everyone is “talking about what we’re doing” more than they would back on campus.

Geology major Ian Hillenbrand ’17 of Terrace Park, Ohio, said that “playing games, spending time with new friends, and having a communal experience without technology have been great.”

Ashley Kulesza ’18 of Great Falls., Va., valued spending time “reading and journaling.” The geology and environmental studies double major said she “liked being outdoors with minimal distractions, and that includes technology and all that comes with it.”

Sam Rickerich ’18 said he read for pleasure more on the trip than he had the past four years.

Tess Miller ’19 of Santa Monica, Calif., liked doing more reading because “I’m an awful reader. Let’s hope I keep with it” back home. Away from the screen, she learned “a lot of random bird-watching stuff” from professors Eusden and Robert, along with “knot-tying from other students and weird fun facts.”

Sam Rickerich ’18 of York, Maine, said he read for pleasure more on the trip than he had the past four years. “Four books, maybe five,” said the geology and mathematics double major: The Adventures of Huckleberry Finn, A Farewell to Arms, “some random book that Hazel [Cashman] gave me, and now I’m working on One Hundred Years of Solitude.”

Environmental studies and politics double major Sarah Stanley ’16 of Springvale, Maine, was impressed by how “a lot of people are powering through books, but me, I’m focused on the disc and the basketball” — taking time to play hoops at the University of Western Montana early in the trip and to throw around the Frisbee at day’s end when they were at campgrounds later on.

And finally, and out of alpha order because her comment is a good way to end, Hazel Cashman ’18 of Bellingham, Wash., said it was good “not having to worry about things that I had convinced myself are important when I was back at Bates.”

An anthropology and geology double major, she was surprised that she enjoyed “not having to keep up with all those social responsibilities because “it’s a lot of effort, you know?”