Slideshow: Click the kaleidoscope and see the Class of 2021 everywhere

Carrie Murphey ’06, assistant dean of students for first-year programs, likens the experience of Orientation to a kaleidoscope.

“If one thing isn’t fitting quite right, or they’re feeling like, ‘Hmmm, not quite sure how this feels,’ they have lots of opportunities and lots of clicks of the kaleidoscope to see themselves in other parts of Bates,” she says.

Photographers Phyllis Graber Jensen and Theophil Syslo followed members of the Class of 2021 for much of Orientation, as they walked Lewiston, learned about the importance of reasoned inquiry, and spent their days and nights in the woods, on a farm, or at sports practice.

The clicks of the kaleidoscope started Tuesday, Aug. 29, as the new students met advisers in various First-Year Seminars, continued with off-campus AESOP trips and on-campus varsity sports practices late in the week, then returned to campus for Tuesday’s Convocation and the start of classes on Wednesday. 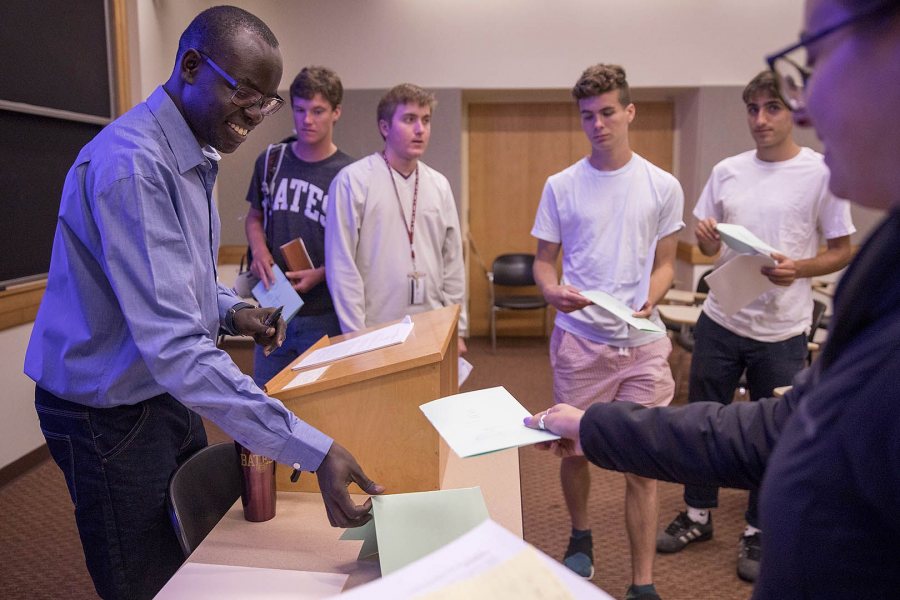