Now on stage in the Black Box Theater, a Bates adaptation of the story puts a contemporary twist on the strikingly familiar tale.

The play, adapted by Senior Lecturer in Theater Katalin Vecsey, is set in the present day — Siri replaces a servant and the main character blogs instead of journals — and the set features video walls that display the inner workings of Everyman’s mind as he loses his grip on reality.

But the story that this high-tech production helps tell — one of isolation, unrealized ambitions, unrequited love, and mental illness — is timeless.

Nate Stephenson ’18 of Ellsworth, Maine, plays Everyman as part of his honors thesis in theater. Professor of Music Bill Matthews composed original music for the play. 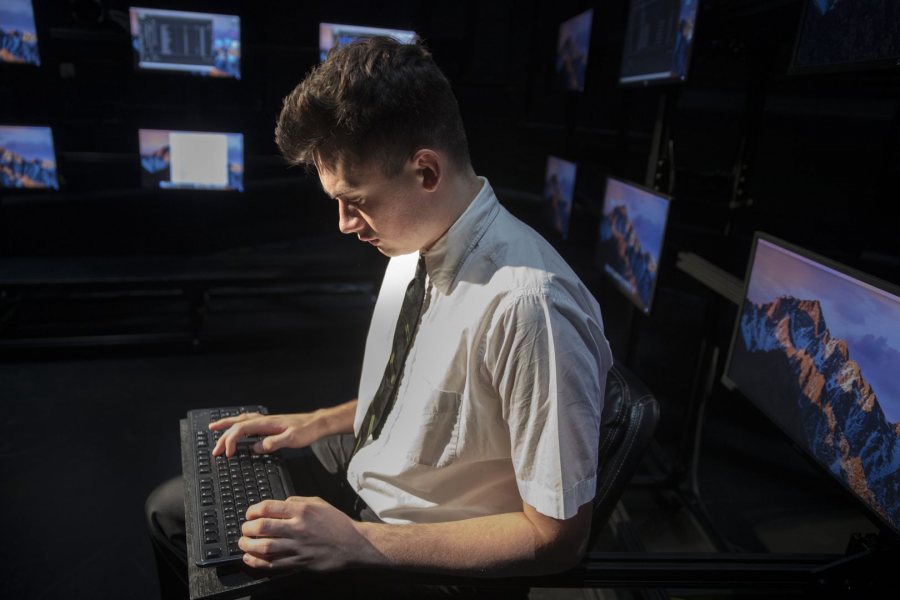