In the summer as I train for Bates cross country, I run over wooded trails, so I’m constantly on the lookout for ticks. All I know about these tiny arachnids is that they carry dangerous diseases, such as Lyme.

Ben Tonelli ’18, a double major in biology and religious studies, is also a cross country runner. But his honors-thesis research in biology means he can look at ticks from a scientific perspective.

“Until Ben’s model, we haven’t had a sense of where the redistribution might occur.”

Intrigued, he planned do his thesis research in the field, looking at songbirds and the ticks they carry — that is, until last summer’s biomedical engineering internship pointed him a different, more computational direction.

The result is unique: Tonelli has created the first mathematical model to visually illustrate the movement of ticks as they hitch rides with songbirds migrating south.

“We’ve known for a long time that some southbound songbirds carry ticks, but until Ben’s model, we haven’t had a sense of where the redistribution might occur and the possible scale of that effect,” Dearborn says. “Ben has connected the dots of existing research.”

As tick-borne illnesses continue to spread both northward and southward over the eastern U.S., Tonelli hopes his research will help scientists identify emerging public-health risks. “This is a topic people deal with in their daily life,” he says.

After I took Don’s Short Term, we talked about doing something field-based for my thesis. Then, last summer I worked at the University of Vermont and studied under Joshua Pothen and other researchers involved in biomedical engineering. 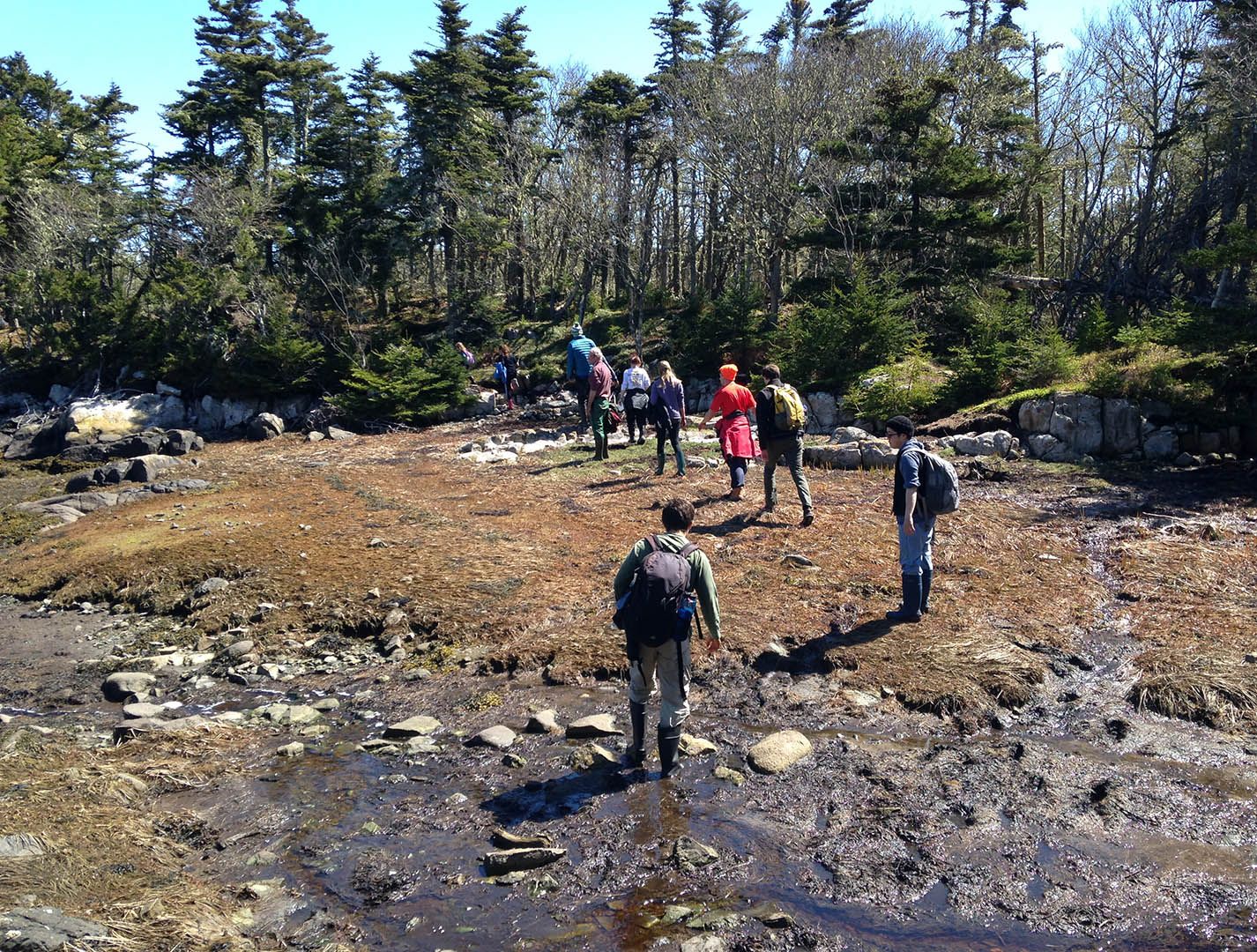 Tonelli’s experience in an avian biology Short Term course taught by Don Dearborn in 2017 got him started on his honors thesis project. Here, Dearborn’s students head out to do fieldwork on Kent Island last May. (Don Dearborn)

Dr. Prothen has created what’s known as an individual-based model, also called an agent-based model, that seeks to predict the behavior of stem cells involved in lung tissue regeneration. I thought about Don’s central question, how songbirds transport ticks, and how it might be more fruitful to look at the literature and then create a model of how those pieces play into the phenomenon as a whole, as opposed to a specific study of a specific bird species.

So I got the methodology from UVM and got the idea from Don and then combined those.

Tell us more about your individual-based model.

An individual-based model is an interesting way to answer questions about the natural world. It is based on the idea that behavioral patterns of an individual, or agent, can explain a wide, system-level dynamic.

My model depicts each bird as an individual. That meant I had to learn their behavior, so I went into the existing literature to find information; from that, I created the parameters for the model.

This animation of Ben Tonelli’s individual-based model shows how songbirds transport ticks southward during fall migration. The animation starts with 800 black dots, simulating the ovenbird species, in their northern breeding grounds. Their departure southward turns the black dots to blue. Certain dots pick up ticks and turn green. The attachment site of each tick is an orange dot, and the dropoff site, farther south, is red.

What are some of the parameters that you used?

For ticks, the parameters are pretty simple: Where they are in the U.S., the seasonal timing of their activity patterns, the rate they attach to birds, and how long they stay on.

Birds are way more in-depth. I used two different species, ovenbird and wood thrush, in the model; each forages on the ground, and researchers know a lot about them.

I had to know where they breed in the U.S. and Canada, how fast they can go, at what rate do they regain their energy stores when they stop, at what times do they start migrating, in what numbers are the initial populations, etc.  Anything that you can think of, because at the end of the day there are just a ton of parameters.

Did you have to learn any computer programs for your thesis?

Before last summer, I did not really know how to code. During the summer when I was working at UVM, I worked with CT scans and ended up learning how to code by learning MATLAB, a platform for engineers, mostly bioengineers, but people use it for all types of things. I had to learn that to create my model for this thesis.

With Bates now having a Digital and Computational Studies Program, students will be able to do research rooted in the natural life sciences but also have a computational end to it. The more you do it, the easier it gets.

How do you make what you write about accessible to all students, like me, who are not in STEM fields?

I’ve been motivated by the fact that this topic has an impact on human health; people have personal experiences with tick-borne diseases like Lyme.

So when writing I think about how I am going to explain it to my mom and my brother, and kind of orient it toward simple language when possible. At the end of the day, hopefully this will say something about effects on humans.

I wanted to major in religious studies because I think it is a great way to access the humanities, including history, cultural studies, and philosophy.

I also like how religious studies allows for the consideration of topics surrounding human suffering in a way distinct from the sciences. 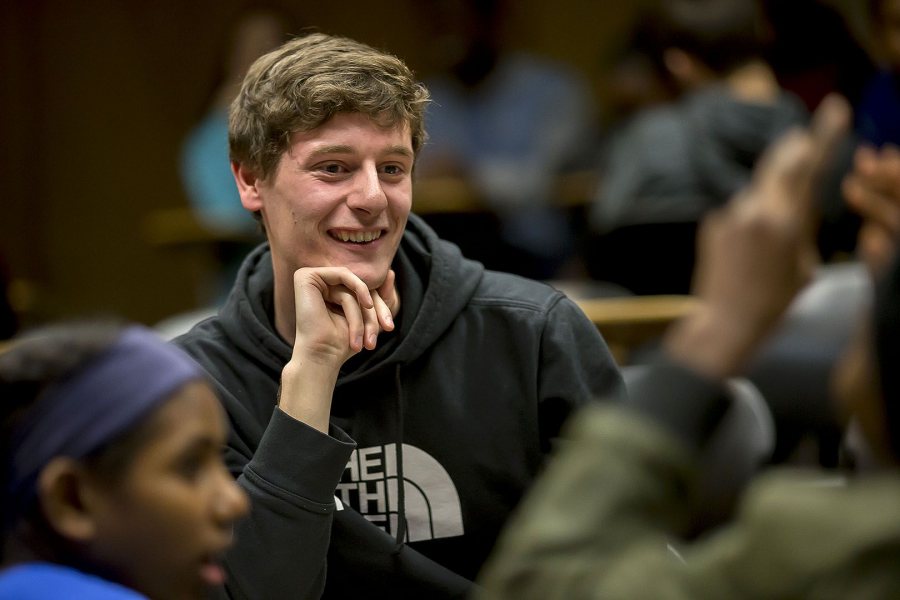 In the Filene Room, Tonelli talks with Lewiston High School track athletes following a February 2017 screening of the documentary Freedom Runners, about an Israeli teacher who forms a running team for his students, young African refugees and asylum seekers. The screening was a collaboration between the Maine Jewish Film Festival and the Harward Center for Community Partnerships. (Phyllis Graber Jensen/Bates College)

How is your relationship with your adviser?

Don is an absolutely great adviser. Sometimes I get really stuck and am trying to think through how best to parameterize something in the model. I will explain it to him, and he will sit there for what seems like an uncomfortable amount of time while he thinks about it. Then he will give a really thought-out answer that will shift my thinking and really push me.

The biggest thing that Don has given me is the background in avian physiology and behavior. If I had an adviser who did not know so much about birds, the project would not have been possible because I had to learn a lot of these individual behaviors. My project is mostly self-directed, but he put the seeds in for places for me to start looking. 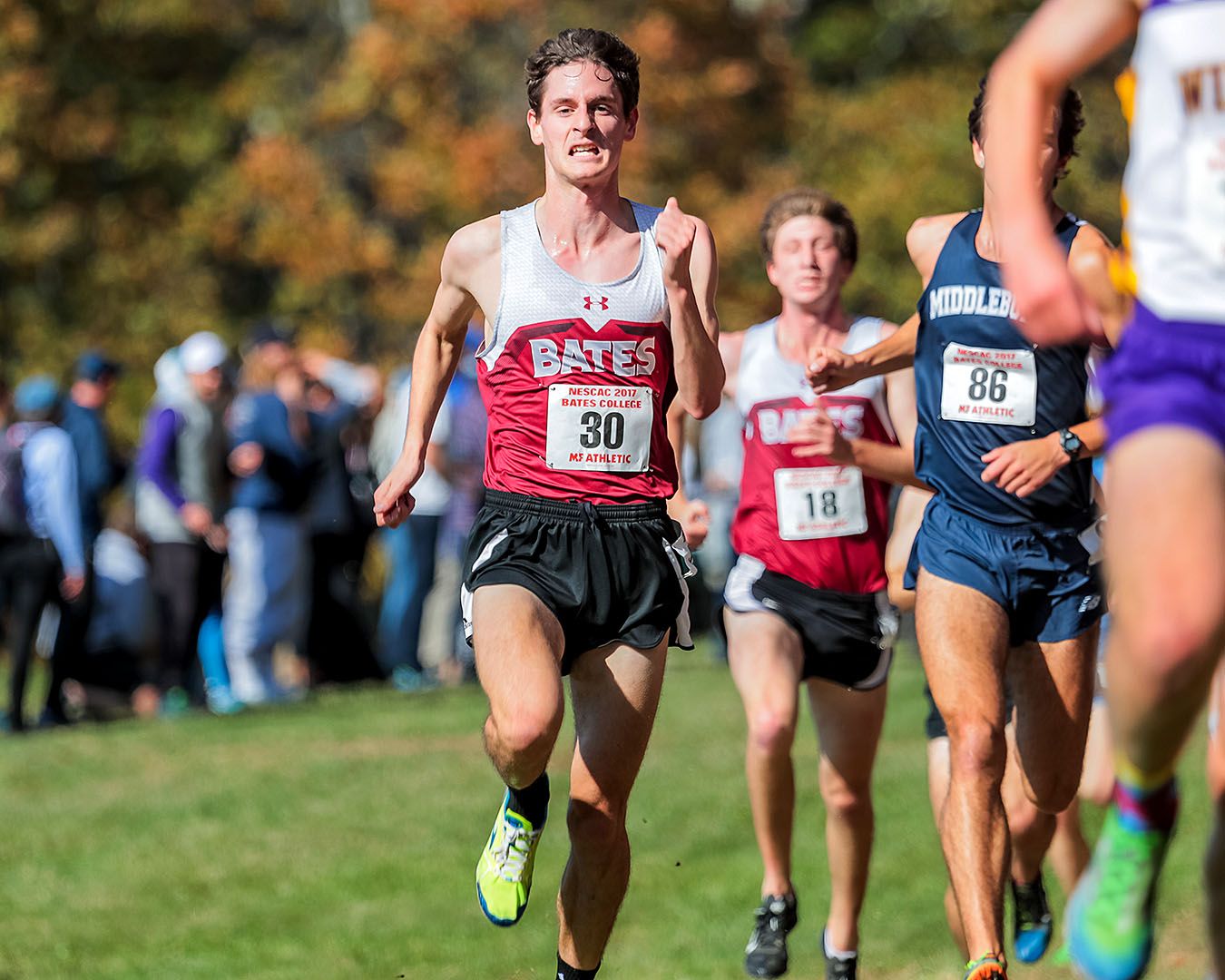 What has been the most enjoyable part of your thesis?

I think just being self-directed and being able to pursue my question. Don’s huge background in all things avian means I can learn something totally new but also do it on my own time. That’s been really cool.

Do you have a favorite work spot on campus?

If I am coding, I work in Coram because the computer screens are huge so it is easy to have MATLAB and something else up. When I was doing the research I mostly did it in Commons upstairs, which is good because I could get plenty of coffee. I usually try to work there in the mornings because it is very quiet.

Any favorite snacks that you like to have while you are working?

If I’m working in the morning, I go upstairs in Commons and pound back breakfast in the first 10 minutes because I don’t want to get my computer all gross. Then I will just drink a ton of tea and coffee.

Find something that you are really interested in and then from there, try to think through a research question that you can answer during your time doing thesis.

Think about that early because I think that a lot of people who have the most success start doing stuff over the summer. 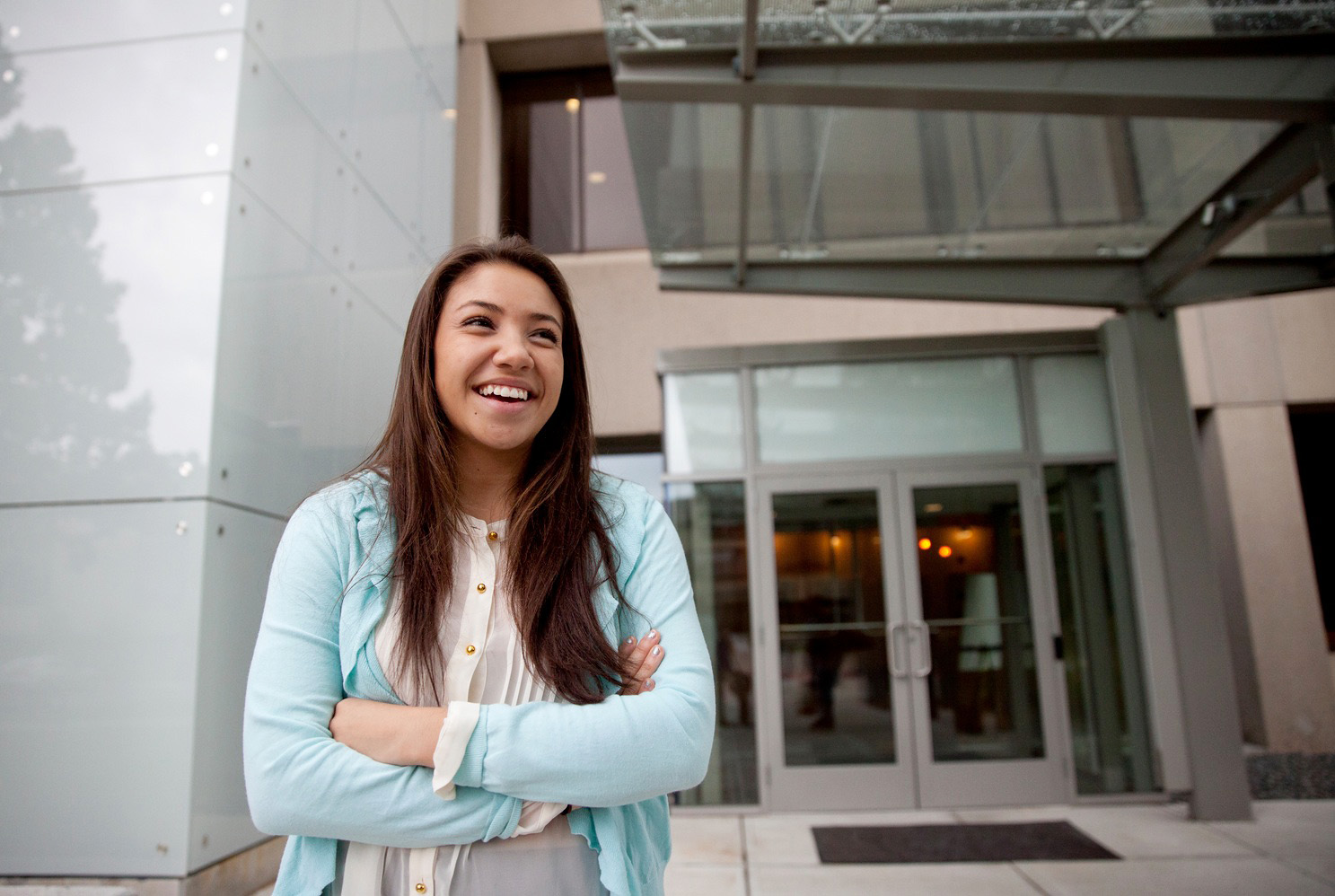