Professor of German Craig Decker ’78, an ‘irascible and quick-witted’ teacher and scholar with ‘great depth and curiosity,’ dies at age 61

As a senior in the fall of 1984, Jeff Schneider ’85 was back at Bates after a year in Germany. Like many study-abroad returners, he felt both transformed and a bit adrift at first. Then he met Craig Decker ’78, a first-year German instructor, who guided his re-entry, became a mentor, and inspired him toward a career in the academy.

Decker, who over the next 34 years would become a revered German professor and highly respected scholar, died on March 17 of cardiac arrest precipitated by respiratory failure. He was 61 years old.

“Craig was a highly respected scholar and renowned translator who explored the connections and intersections of German and Austrian social, literary, and cultural history,” said President Clayton Spencer in her announcement to the campus.

“As a teacher, he guided generations of Bates students toward profound and prolonged encounters with German and Austrian literature and culture. With exceptional yet unassuming diligence, talent, and care, he helped his students explore new ways of structuring, perceiving, articulating, and being in the world.” 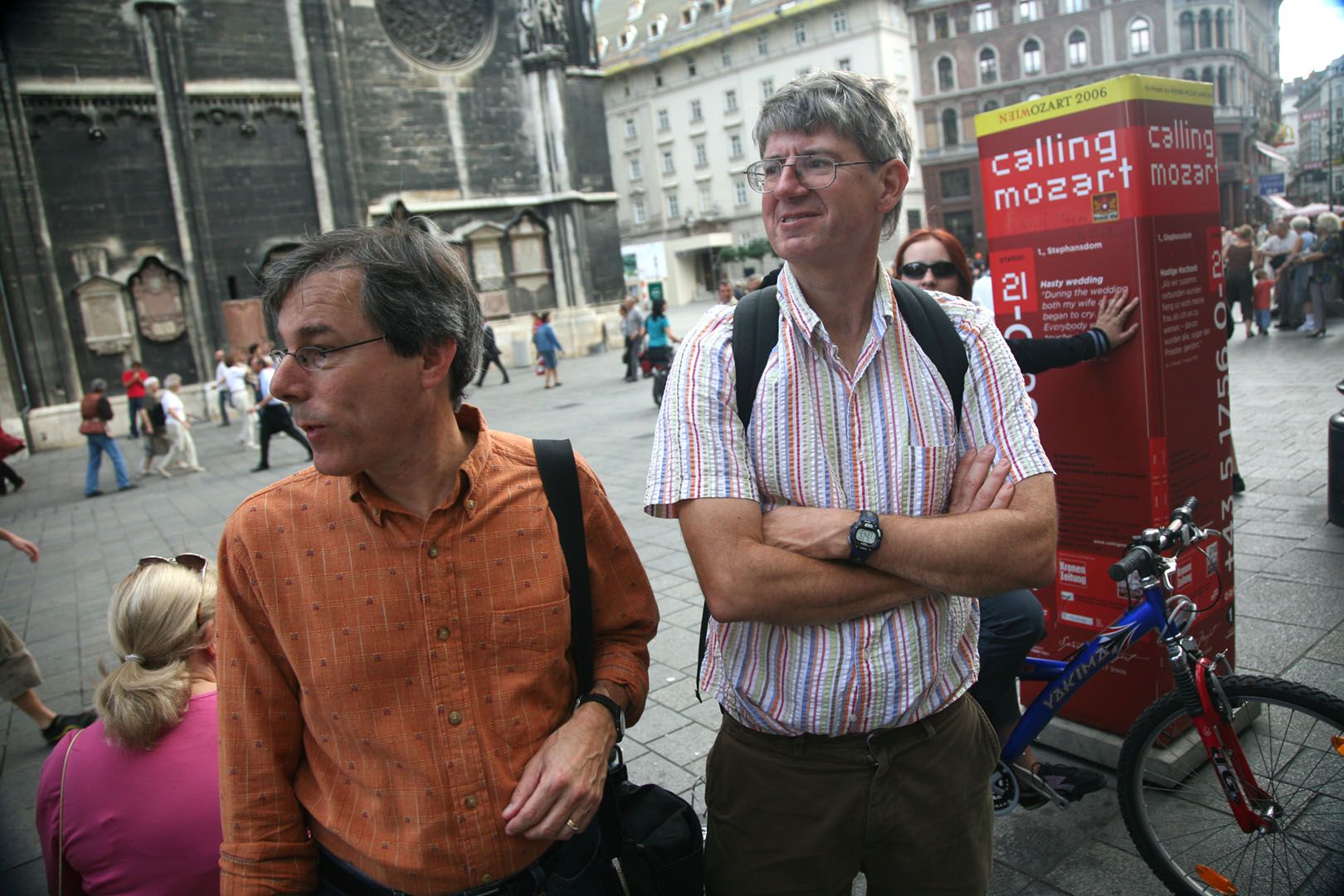 Schneider, who is now an associate professor of German studies at Vassar College, took three courses with Decker in his senior year. Perhaps more formative and memorable was the generous attention that Decker and his wife, Susanne Fetherolf ’77, devoted to Schneider and other German students outside of class.

“When I would come over to his place in the afternoon to discuss a paper, he and Susanne almost always invited me to stay for dinner, which meant hanging out with them pretty much until it was time for me to go home to sleep,” Schneider says. “They gave me a sense of community at Bates after I had been abroad. As a mentor, he was instrumental in my decision to pursue graduate studies.”

Arriving as an instructor in German at Bates, he was promoted to assistant professor in 1986, associate professor in 1992, and full professor in 1998. He served as chair of the Department of German and Russian Studies and was a member of the interdisciplinary Program in European Studies. 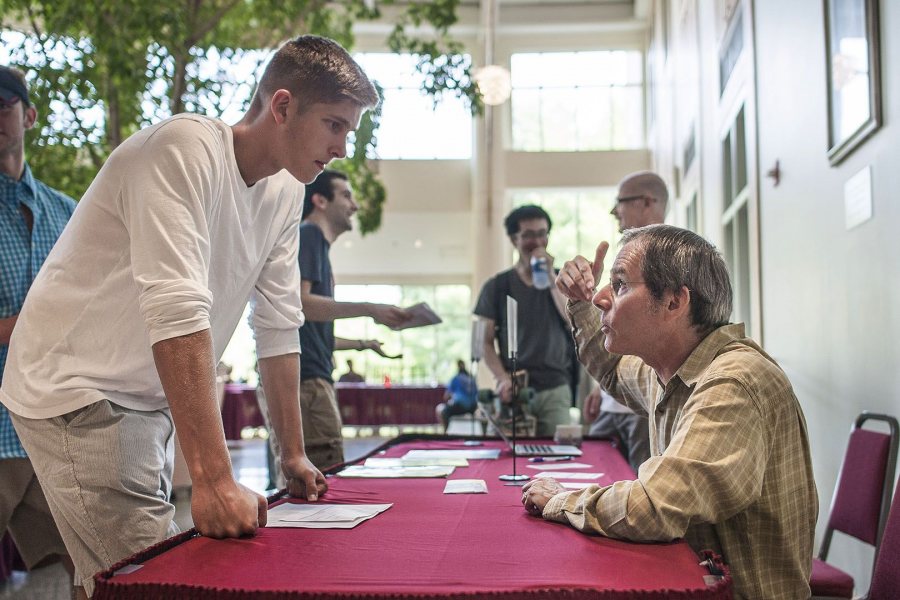 Decker taught more than 20 different courses during his Bates career, from introductory German to senior seminars, exploring such topics as German cinema and Austrian literature; the legacy of Nazism and representations of Austrian fascism; pre-World War I Berlin and Austria; and German dramaturgy, reflecting his longstanding interest in the history and theory of the Volksstück (popular drama).

For Schneider, Decker’s teaching offered “a great overview of key texts and developments in German and Austrian literature, some based on his own research. Classes were always discussion-oriented, and he opened up meanings in the text that were not obvious.”

Schneider also remembers the “care and attention he gave to our papers. Though they often came back covered in red ink in his distinctive handwriting, I learned so much from the feedback on grammar and vocabulary — as well as the capacious comments on my ideas.” 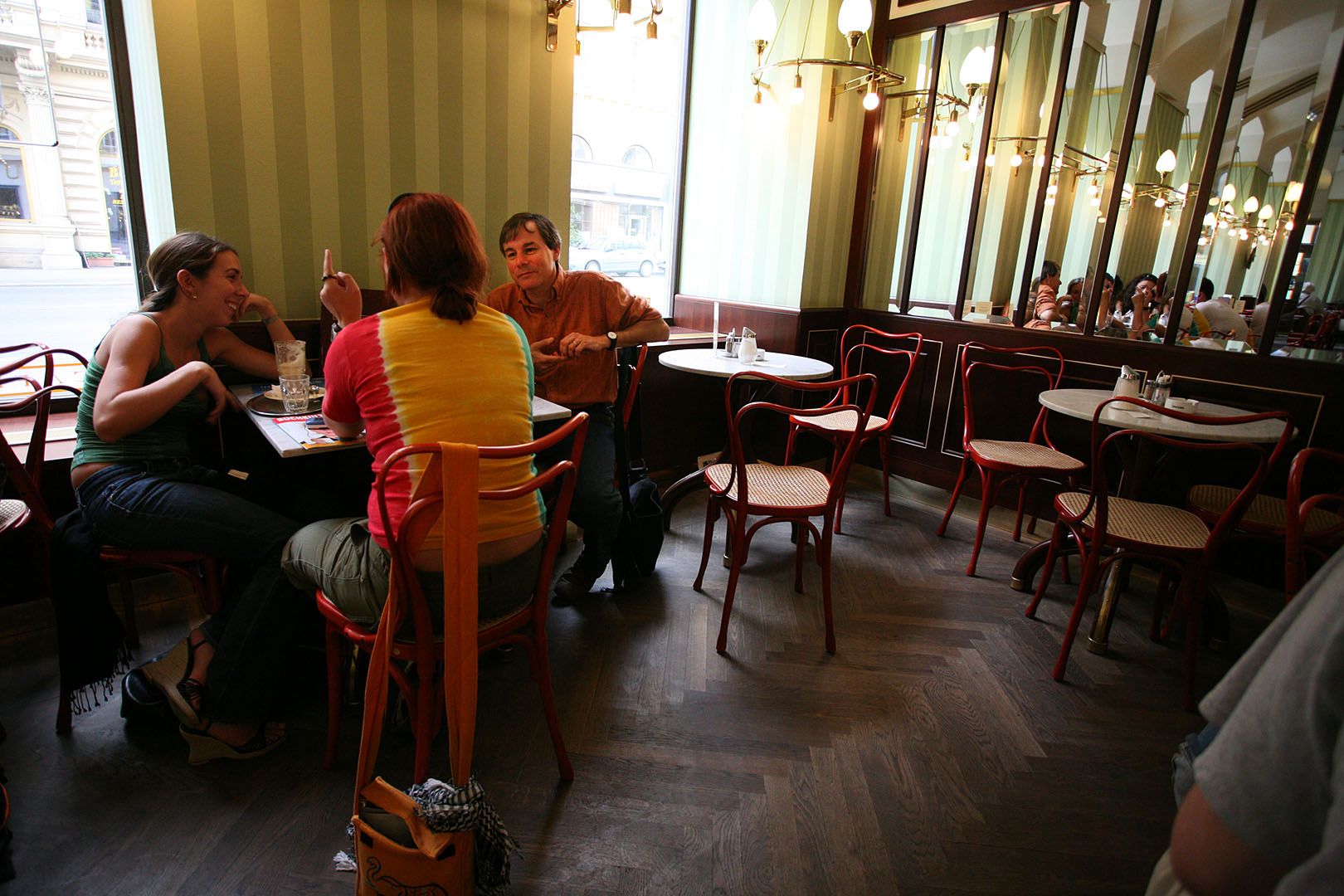 A frequent leader of Bates programs to Germany and Austria, Craig Decker meets with his students during the 2006 Bates Fall Semester Abroad Program in Vienna. (Lincoln Benedict ’09)

Decker was a frequent leader or co-leader, with faculty from other disciplines, of Bates Fall Semester programs to Berlin and Vienna, as well as Short Term programs to Austria. “Craig loved his FSAs,” says his longtime friend, Gerda Neu-Sokol, a retired lecturer in German at Bates. “And he was always in touch with contemporary Austrian life and politics.”

“He really enjoyed the cross-fertilization that happened as our classes would overlap,” said Professor of Politics James Richter, who joined Decker for two Bates programs in Vienna. He might be teaching Austrian literature of the 20th century, while my students were learning about three Hapsburg capitals.” For students, the result were invigorating intellectual and academic connections across disciplines.

As a sophomore in 2006, Lincoln Benedict ’09 joined Richter and Decker’s fall semester program in Vienna. He did extensive photography during the semester, yet finding images of Decker among his archives proved difficult. “He was a bit elusive in that way,” Benedict says, “but he certainly is one of the people who had the most profound effect on me at Bates.”

Among the few photos, two Benedict favorites are “one of him with his coat with his back to us, and one of his eyes. I guess it’s fitting I never got a portrait of him — it wasn’t his style.”

In 2011, he reconnected with Decker in Vienna when both were there for work, Benedict as a videographer and art director for L.L.Bean, and Decker as he prepared for another fall semester program for Bates.

“I may have seen him briefly since then,” Benedict says, “but the memory I’ll choose as my last is of strolling the streets in the late evening with him. He loved that city so much and was quite like it: quick-witted, irascible, a bit unpredictable, but with great depth and curiosity.” 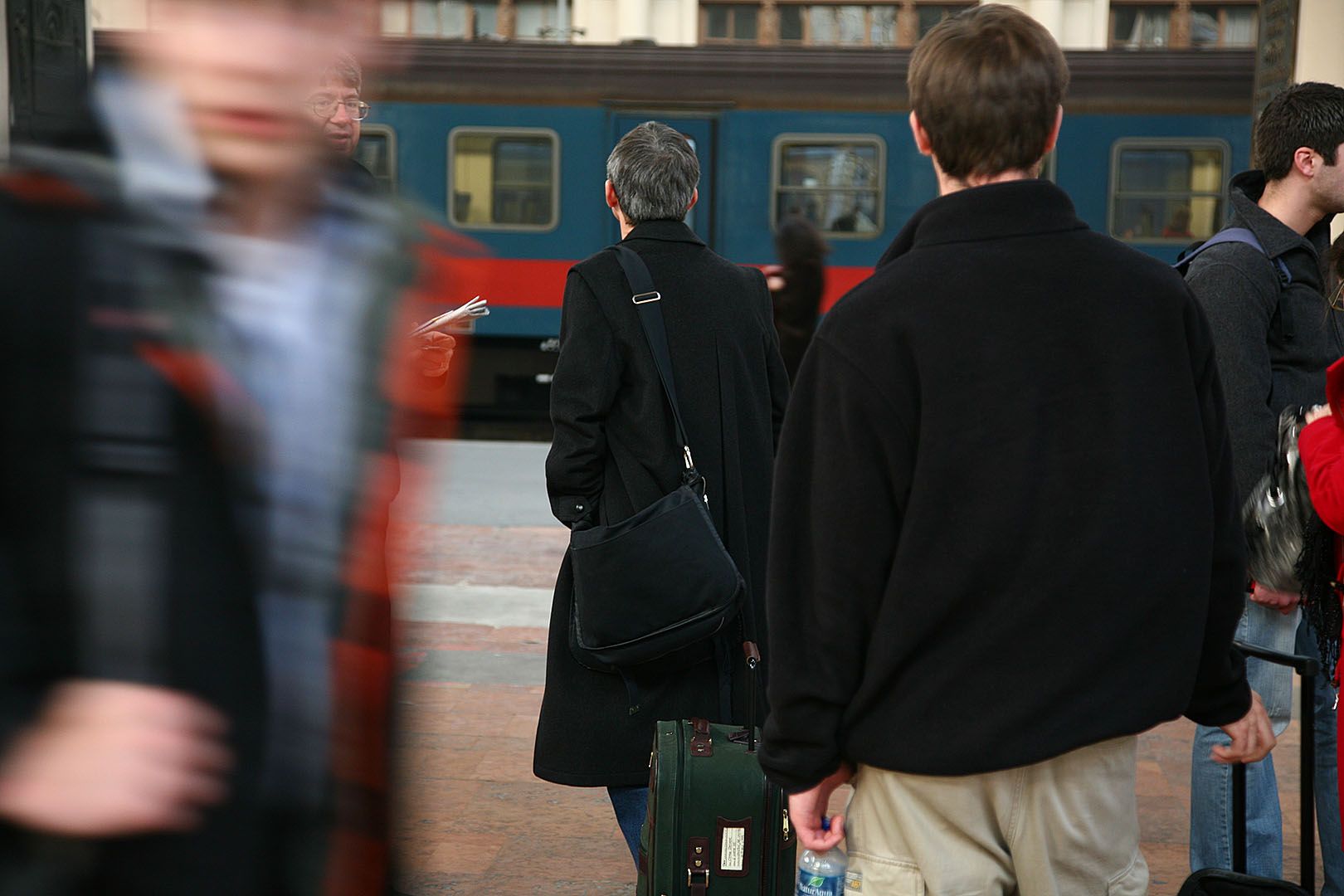 Lincoln Benedict ’06 counts this photo of Decker, in a black coat, back facing the camera, from his 2006 Fall Semester Abroad Program in Vienna, as one of his favorites. “I guess it’s fitting I never got a portrait of him — it wasn’t his style.”

Decker was a renowned translator of 20th-century Austrian fiction and memoir and was, at the time of his death, translating the novel Die Hauptstadt (Capital City) by Robert Menasse, winner of the German Book Prize of 2017.

“He loved doing translations,” says Richter. “He was a very logical and orderly thinker: very meticulous and concerned about being accurate. Translation appealed to that part of him. He just loved taking German words and finding English words that worked best. Some of his authors said that his translations did a better job conveying ideas than their original text.”

When teaching Bates students in Vienna, Decker often brought to class authors that he had worked with, recalls Richter. One was Peter Henisch, whose books A Very Little Woman and Stone’s Paranoia Decker translated.

Henisch talked to the class about another of his books, Negatives of My Father, about his father, a press photograher for the Wehrmacht on the Eastern front during World War II. The discussion “brought up issues of art, photography, as well as moral and historical conundrums, and how the son dealt with all of that. It was fascinating.”

From 2008 to 2011 Decker was the editor of Modern Austrian Literature (now the Journal of Austrian Studies), the peer-reviewed journal of the Modern Austrian Literature and Culture Association. He was the editor, translator, or author of numerous scholarly publications. He edited the German-language drama section of The Columbia Encyclopedia of Modern Drama (Columbia University Press, 2007) as well as Austrian Identities: Twentieth-Century Short Fiction (Ariadne Press, 2004), and Balancing Acts: Textual Strategies of Peter Henisch (Ariadne Press, 2002).

At the time of his passing he was president of the Austrian Studies Association.

He frequently moderated panels at the ASA’s annual conference, including recent discussions about “Shaping and Escaping Modernity’s Networks” and “Austria from the Peripheries.”

In addition to his wife, Decker’s survivors include children Andrew and Grace Decker; two grandchildren; and their families. A family memorial will take place this summer.