The “essence of global politics today,” said career diplomat and Harvard professor Nicholas Burns, is that no country can go it alone.

Issues like climate change, public health crises, the threat of chemical and nuclear weapons, and cyber attacks are transnational problems requiring transnational solutions. But while a global mindset is more necessary than ever, the United States’ highest leaders are drawing back from the world.

“We’re led by the first president since the 1920s who doesn’t believe that the United States has a fundamental responsibility to help the world be knit together, to be the first responders, to cope with the big problems and the small problems,” Burns said to a Bates audience on March 29.

Burns, a former ambassador to NATO, former U.S. undersecretary of state for political affairs, and current professor at the Harvard Kennedy School of Government, outlined the challenges to the U.S.’s global leadership under the Donald Trump administration.

In four key areas, he said, Trump has departed from established practice.

Burns had been the ambassador to NATO for 12 days when 9/11 happened. As he watched events unfold from NATO headquarters in Brussels, country after country came to him willing to invoke Article 5, the alliance’s commitment to collective defense. 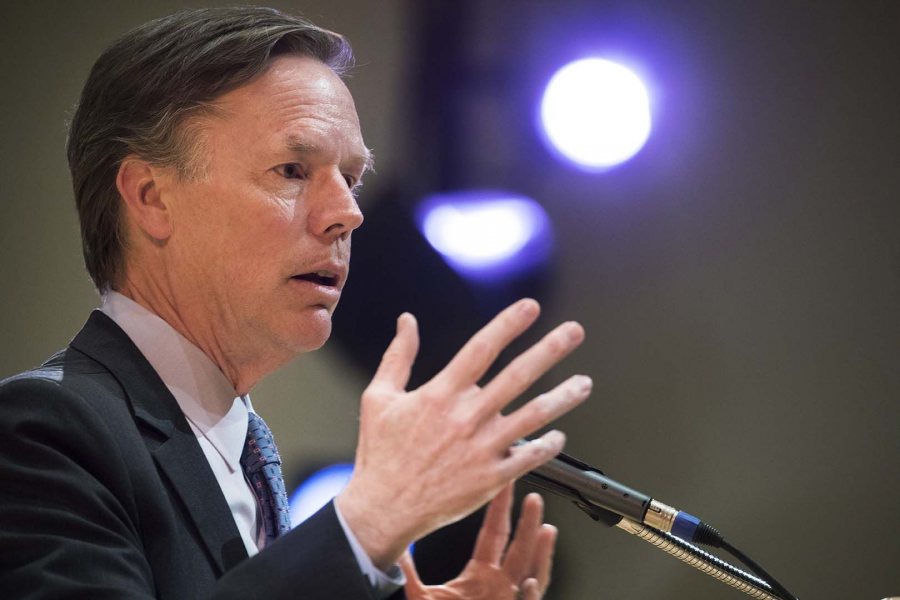 To Burns, that day illustrated the value of the NATO alliance — and how willing the allies were to help the U.S.

“At our lowest moment, our most vulnerable moment — we’d been attacked for the first time strategically since Pearl Harbor — we had Canada and all these European countries come to us and say, ‘We’re with you,’” Burns said.

“They all went into Afghanistan with us, and they’re still there, 17 years later. Almost all of them went into Iraq with us and all did something in Iraq with us, even those who opposed the initial invasion. You can’t buy this kind of friendship, solidarity, support.”

Since then, the world has become more interconnected, and threats such as cyber attacks and nuclear weapons cross borders more easily. Alliances are more necessary than ever, Burns argued, but Trump has questioned NATO and cast the European Union as a competitor, rather than a strategic partner.

“You can’t buy this kind of friendship, solidarity, support.”

“He’s drawing us away from our alliances, and he’s weakening American leadership,” Burns said.

For the better part of a century, the United States maintained the self confidence to trade relatively freely, leading to agreements like NAFTA and the Trans-Pacific Partnership, which, Burns argued, have helped alleviate  poverty around the world.

Trump, however, has pulled out of the TPP, threatened to exit from NAFTA, and stalled a free trade agreement with the EU.

“He is disavowing what made us great economically,” Burns said. “Seventy years of trade with the rest of the world profited not only the American people and our businesses, but people around the world.”

As a “nation of immigrants,” Burns said, the United States took in a large proportion of refugees during 20th-century crises.

Trump, however, has signed an executive order halting visas for people from several Muslim-majority countries, and he has suspended all refugee admissions.

Every president since Franklin Roosevelt, Burns said, has at least paid lip service to the ideals of democracy and personal liberty. (“We’ve been highly imperfect in execution,” he acknowledged to a student who pointed out the number of authoritarian regimes the United States supported during the Cold War. “It’s is part of the job to try to honor those principles, to try to do better.”)

“Voting in our democratic society means we run the country, and we get to determine who sits in the Oval Office.”

But, from embracing authoritarian leaders in the Philippines and Saudi Arabia to equivocating about neo-Nazi and anti-racist demonstrators in Charlottesville, Va., Trump “isn’t even trying,” Burns said.

Historically, “all of our leaders have said we need to promote liberty, human freedom, democracy,” he said. “Find one significant statement he’s made about human liberty and human freedom, which is the most American thing that we struggle throughout our history to equal.” 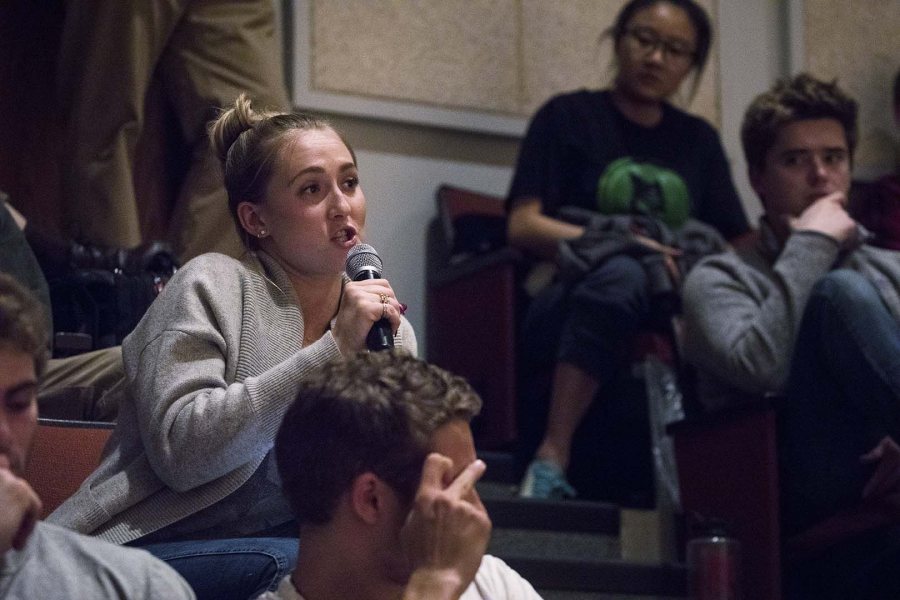 But for all its challenges, Burns said, the U.S still has a great deal of political, economic, and military power.

And determining how it is used comes down to a basic civics lesson.

“Voting in our democratic society means we run the country, and we get to determine who sits in the Oval Office.”