Here are a few items and photographs from the Muskie Archives and Special Collections Library, items discovered elsewhere on campus — and beyond.

“Fast and furious and marked by many swinging sticks,” wrote The Bates Student in its report on the first game of the 1927 hockey season, a Jan. 5 scrimmage between Bates and the Brunswick Cabots, a club team sponsored by that town’s cotton textile mill.

As noted on this inscribed puck (part of an assortment of historical sports items in Alumni Gymnasium) the game was a 3–0 win for Bates. The account doesn’t say where the game was played, but perhaps it was on the college’s first official hockey rink, which would become Lake Andrews. 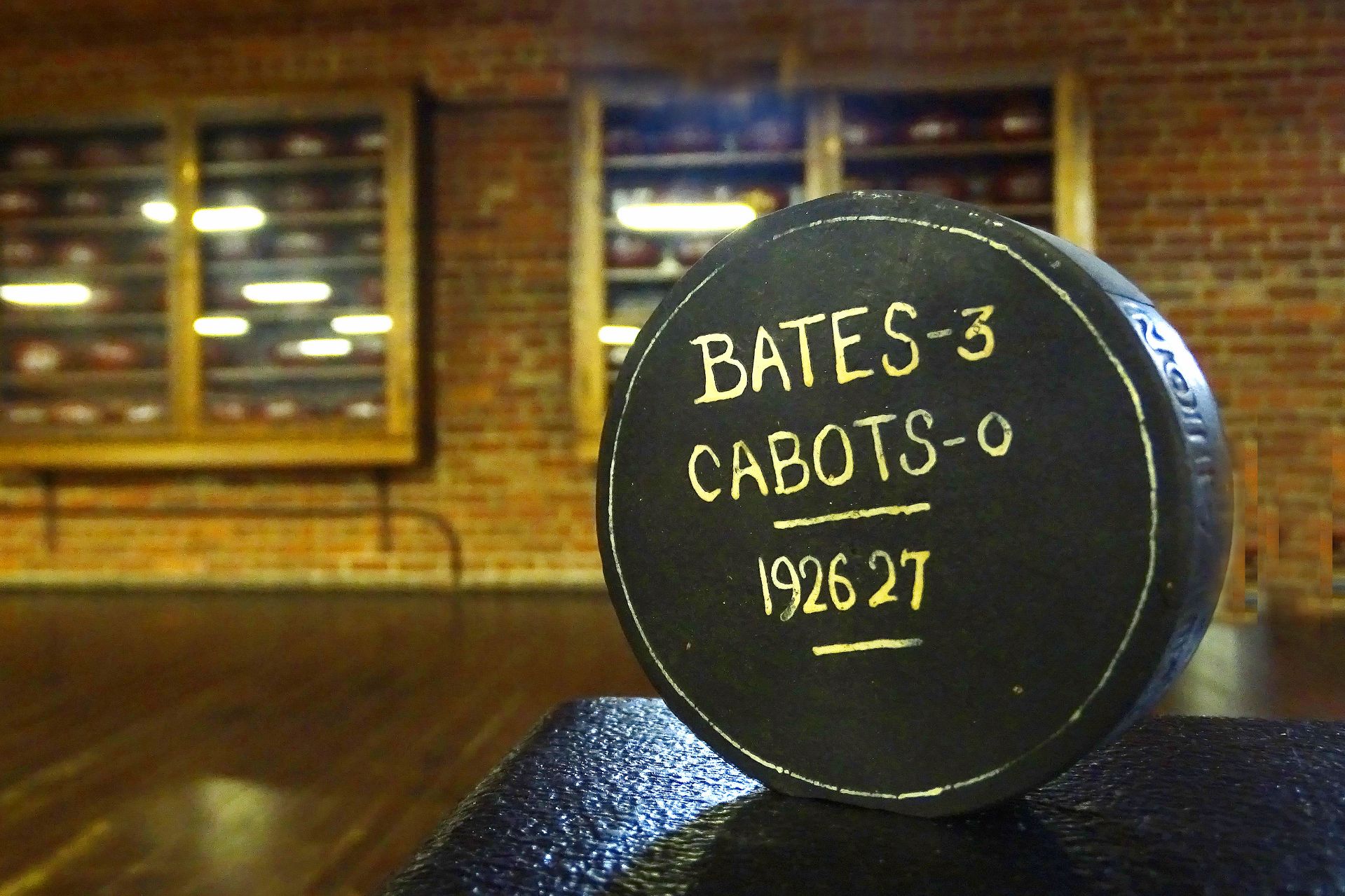 This inscribed puck (part of a collection of historical sports items in Alumni Gymnasium) reflects a 3–0 win for Bates hockey vs. a team representing the Cabot Mill in Brunswick. (Jay Burns/Bates College)

(Four Turcottes? Sort of like the Hanson brothers from the movie Slap Shot.)

The play was chippy. A few minutes after the Bates captain, Lewiston-born Almon Lane Jr., scored the first goal, “the pugnacious Al was crashed into the boards by one of the Turcottes, and flying fists were in evidence till they were sent from the ice for two minutes,” reported the Student, which noted that the quality of play by the third period was “handicapped by the darkness.”

A century ago, postal carrier George Faunce delivered all Bates mail to campus. He had the college mail route from 1891 to 1922, the last 17 as a mounted carrier driving this horse-drawn wagon.

When he retired, he’d delivered 6,578,692 pieces of college mail, according to the March 1923 issue of the Bates Alumnus, citing “college mathematicians” as the source. 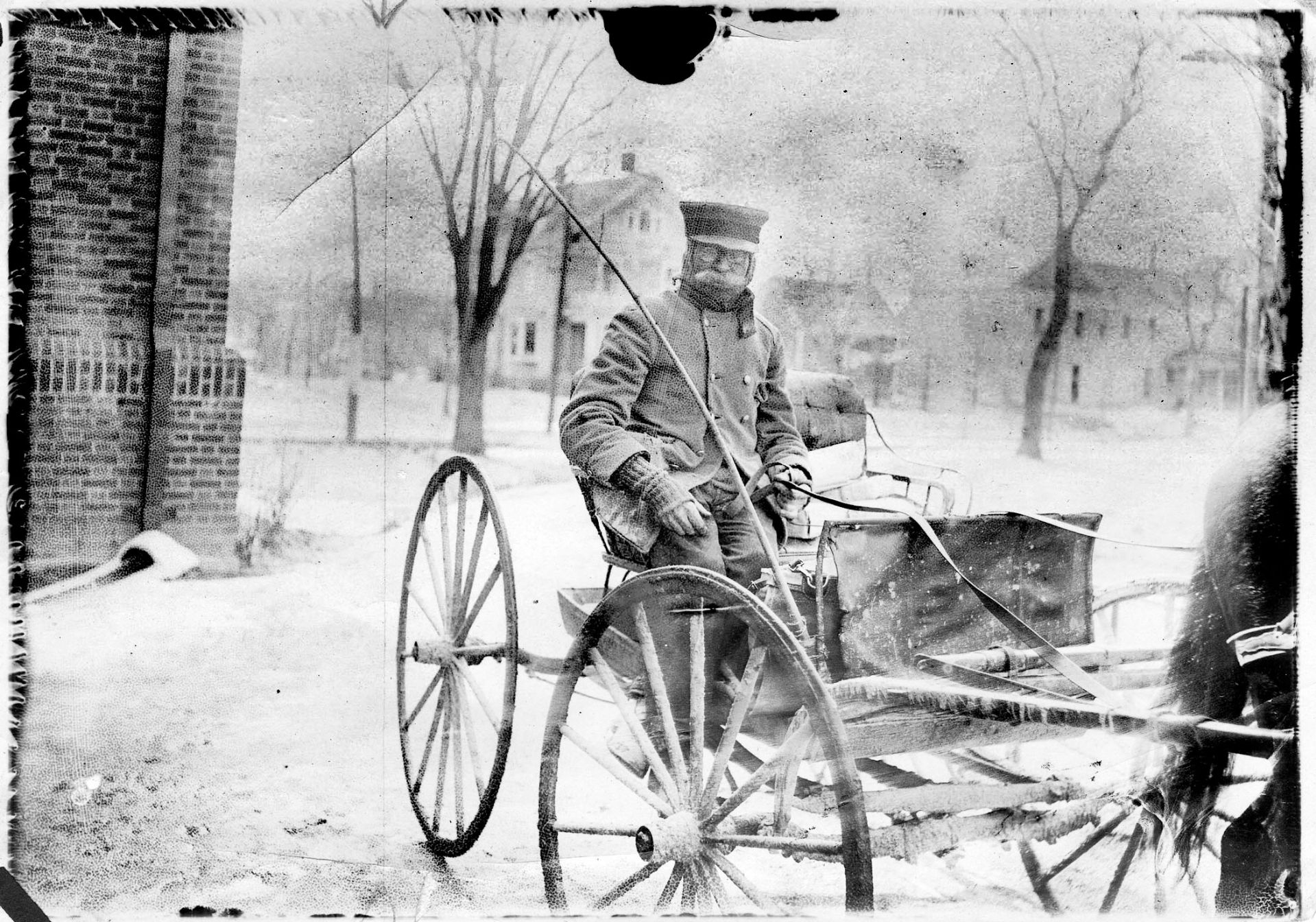 “George’s horse and wagon became as familiar and popular a visitor to the campus as George himself,” said the Alumnus. Faunce himself was “likable, faithful, and devoted to his duties, which is appreciated by hundreds of Bates graduates.”

Though Faunce’s young and dashing successor chose a “fashionable lizzie” (Ford Model T) as his delivery vehicle, and while the new carrier might “bring the mail to the college in short order…he doesn’t fill George’s place. Not yet.”

Graduates of the Class of ’16 — that’s 1916 — could purchase a garnet- and gold-colored class pin. This one belonged to Bernice Hood Greenlaw ’16.

An educator who raised a family in Norway, Maine, she served as president of the Maine Teachers Association. 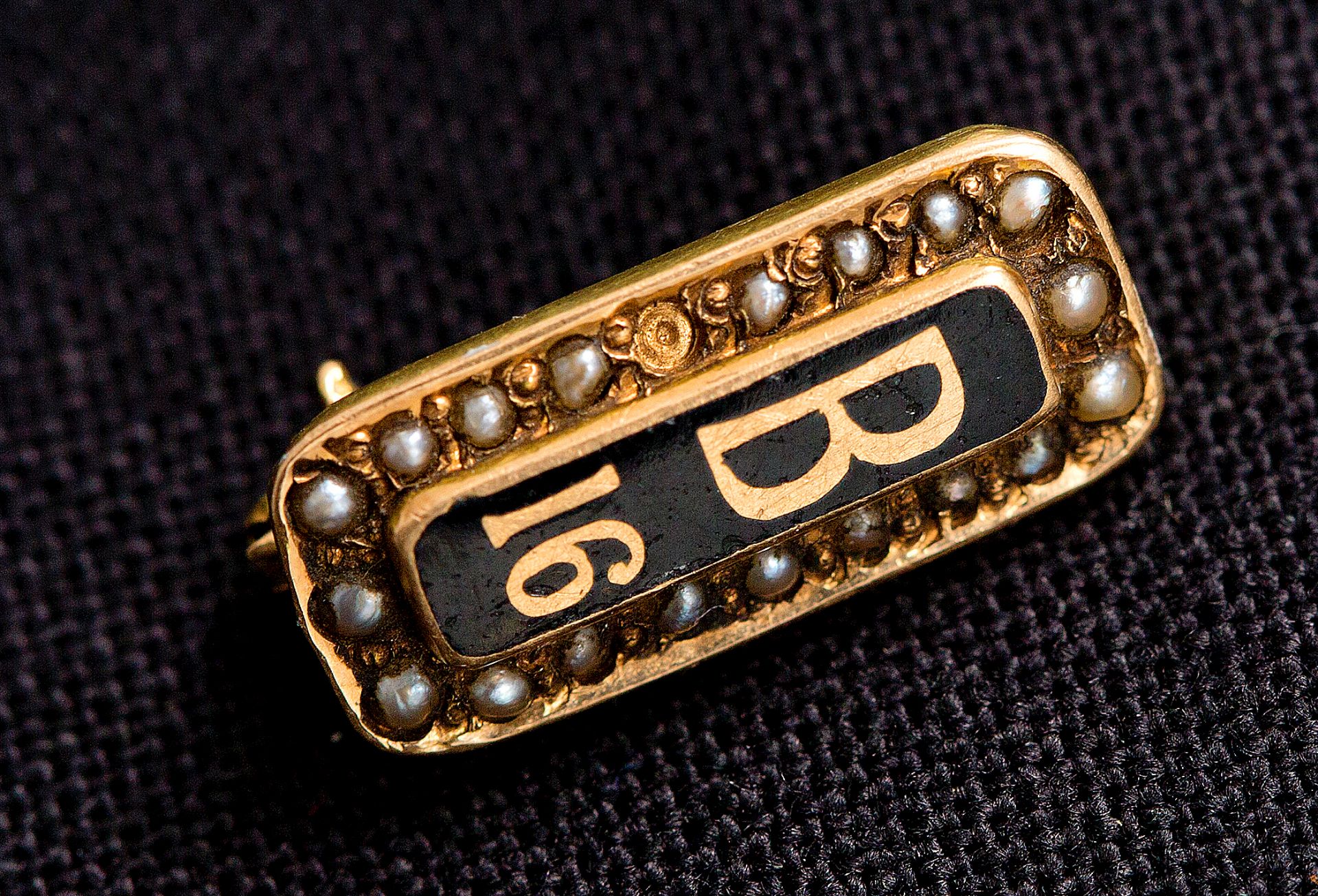 The Freedoms Foundation awarded this medal, about the size of a CD, to Bates in 1956 for efforts to make citizenship education part of the Bates curriculum.

The inscription on the flip side of the medal praised the college’s “Citizenship Lab” for “bringing about a better understanding of the American way of life.” 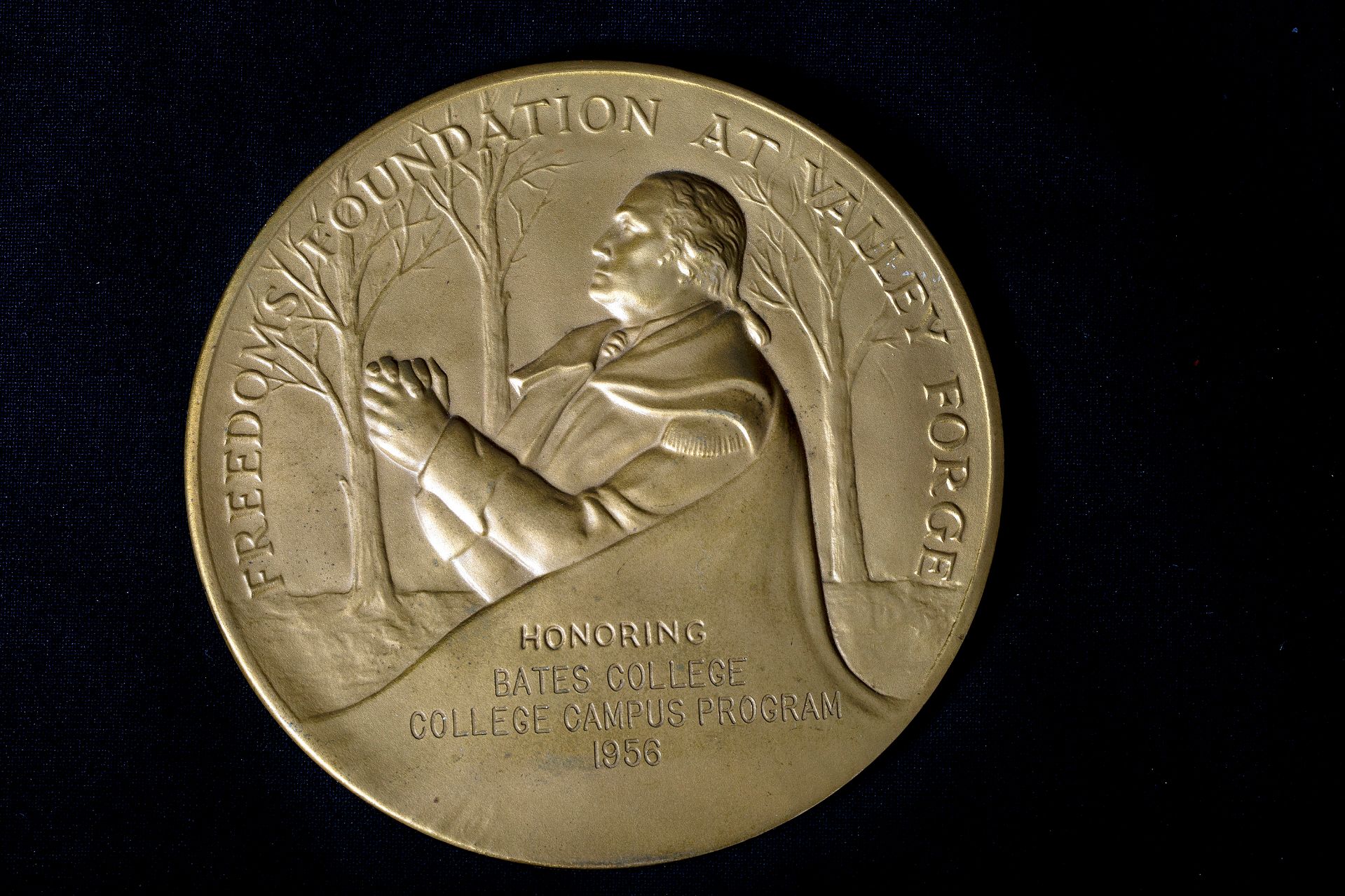 The Freedoms Foundation awarded this medal to Bates for its work to make citizenship education part of the curriculum. (Phyllis Graber Jensen/Bates College)

The Citizenship Lab was the brainchild of Bates President Charles Phillips, who sought to “train students for more active and effective participation in the public life of their communities and of the nation, not as active politicians, but in their capacity as citizens.”

The program, which continued into the 1960s, welcomed a multitude of guest speakers from all areas of public life, including labor leaders, members of Congress, district attorneys, city managers, tax assessors, state legislators, academics, newspaper reporters, and citizen activists.