Toward the end of his talk in the Olin Arts Center Concert Hall, just before the floor was opened to audience questions, former U.S. Rep. Bob Goodlatte ’74 encouraged Bates students to be politically engaged: to work on campaigns and to “ask tough questions — like some of you are going to get to do in a minute.”

Goodlatte, a Republican who represented Virginia’s 6th Congressional District for 26 years before retiring in 2019, came to campus May 7 at the invitation of the student College Republicans club. 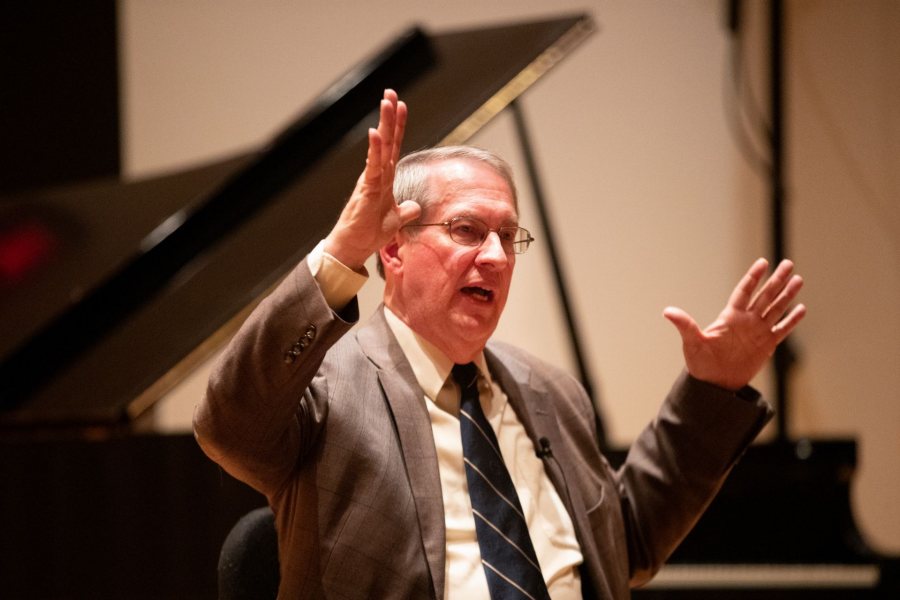 In his long tenure in the House, Goodlatte was well-known for his work on technology, intellectual property, and copyright issues. A leading conservative voice on immigration reform in recent years, he chaired the powerful House Judiciary Committee from 2013 to 2019.

The Olin talk was in an interview format, as Goodlatte took questions from College Republicans co-presidents Frank Fusco ’19 of Cheshire, Conn., and Charles Harker ’19 of Janesville, Wis.

The pair’s questions ranged widely, touching on everything from what was important to students during Goodlatte’s time at Bates (the Vietnam War and pushing the college to allow coed dorms, he said) to the nature of political polarization and bipartisanship today. 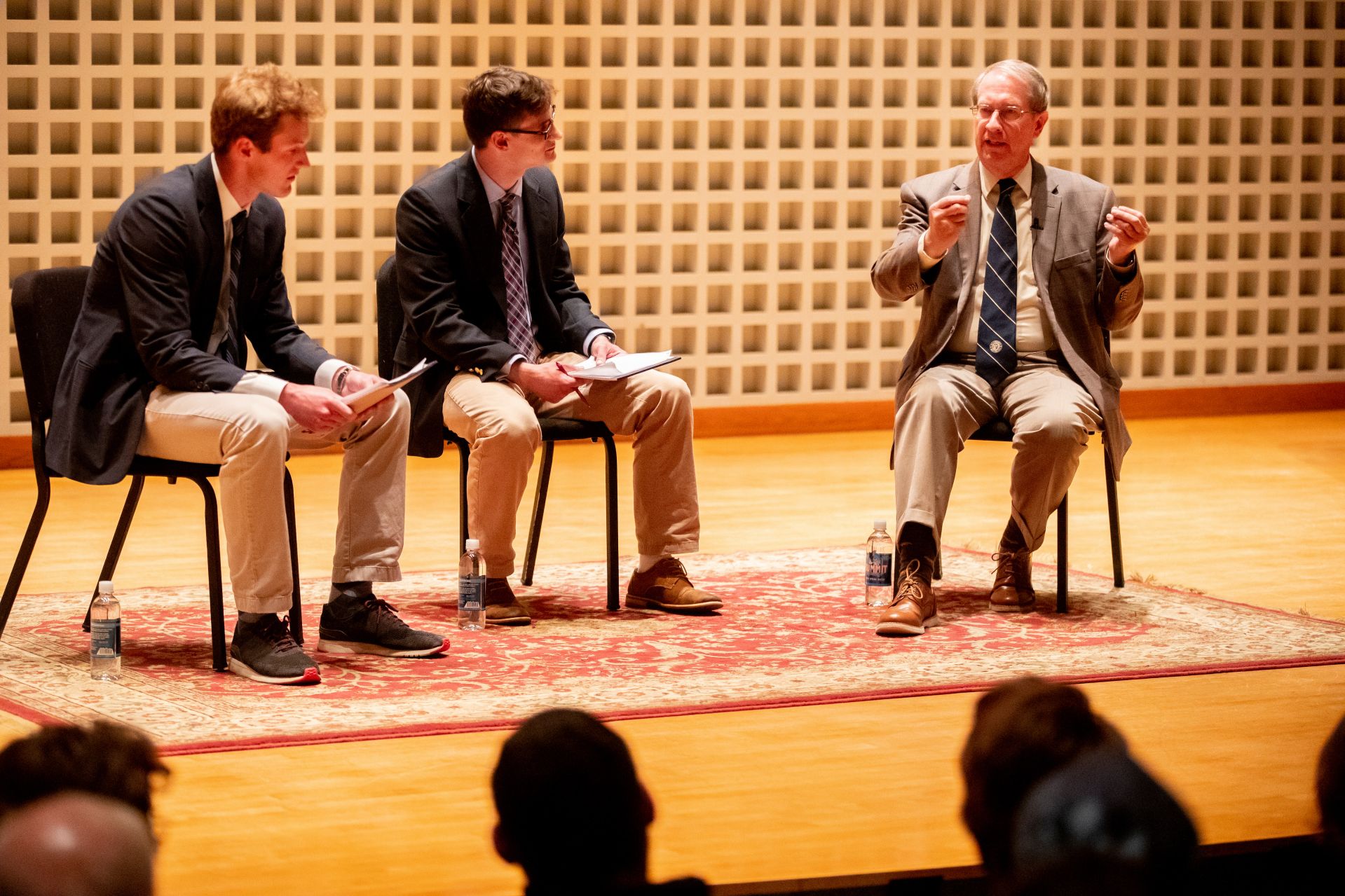 Regarding the latter, Goodlatte pointed to the bipartisan First Step act. Signed by President Trump in December, the law shortens sentences and expands job training for some prisoners.

Bipartisan deliberation, Goodlatte pointed out several times, is vitally important but more difficult these days due to social media and an ever-faster news cycle.

“It makes it harder to be the kind of deliberative body the House and Senate need to be,” he said. “The more you talk about an issue before you vote on it, the more people can get riled up and into camps.”

Prior to the talk, a few dozen students and faculty held a demonstration, arriving at Olin with signs pointing out Goodlatte’s stances on immigration and other issues. Many of them stayed for the talk, and some asked questions during the audience Q&A. 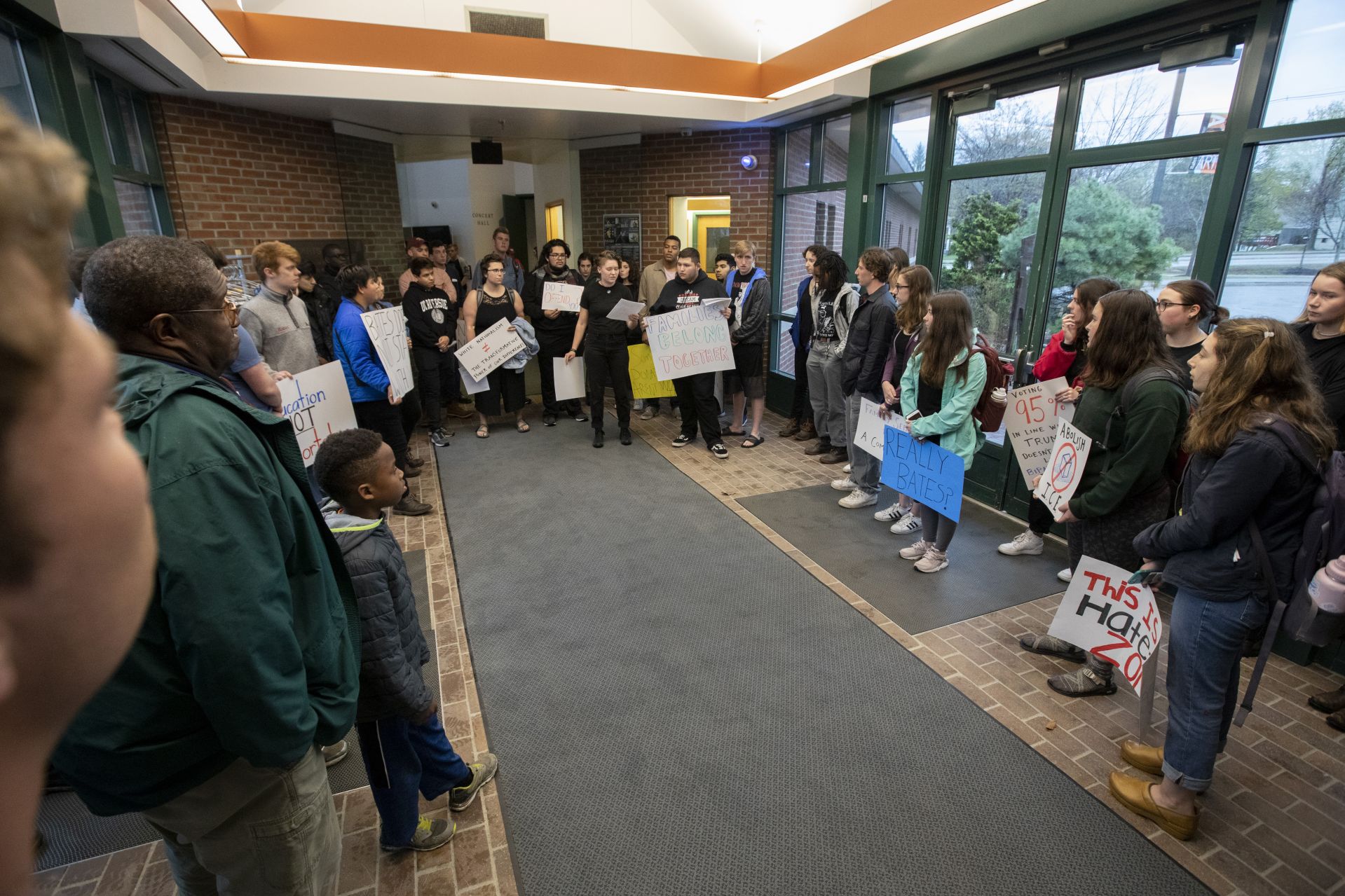 As Goodlatte had anticipated, most of the questions were pointedly delivered from the other side of the political spectrum. One student asked why, in 2018, Goodlatte had stalled a bill, passed by the Senate, that sought to combat violence against Native American women. The bill as it was took funding away from other areas of law enforcement, Goodlatte said.

“It caught everyone by surprise that it went through the Senate as rapidly as it did,” he said. “Just because it did doesn’t mean it’s not deserving of closer scrutiny.”

Another asked Goodlatte why, in 2017, he supported efforts by the House Republican Conference to curtail the power of a newly established Office of Congressional Ethics. (The proposal was later withdrawn). 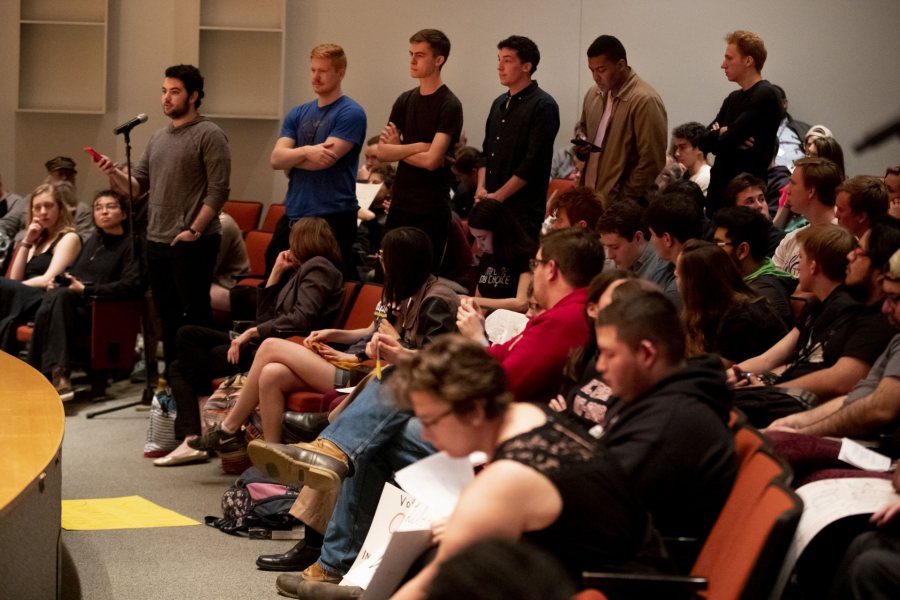 Goodlatte said the office, which investigates ethical misconduct of House members, was overzealous and threatened members’ right to due process.

“It’s not right or fair for somebody to be accused of something and go through that kind of mistreatment under a system where there are massive leaks of charges against people,” he said.

During the Fusco and Harker Q&A, Goodlatte talked about his first political activities at Bates, leading the College Republicans while majoring in politics. Professor Emeritus of Politics Douglas Hodgkin was his thesis adviser.

“I think in a lot of ways my experience at Bates was an opportunity to engage with people who had different ideas than you do, and to get involved,” he said. 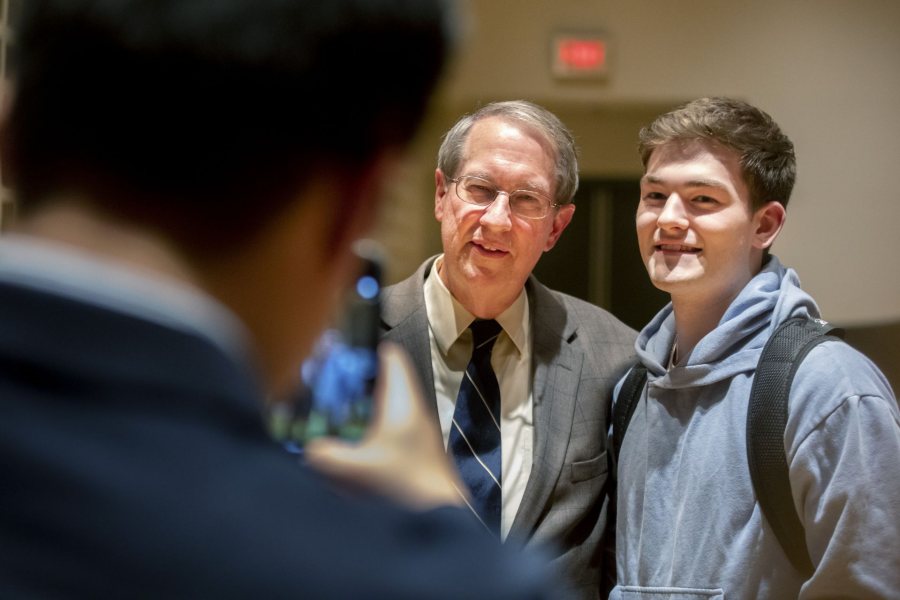 Goodlatte and a student pose for a photo after his talk in Olin Arts Center. (Phyllis Graber Jensen/Bates College)

With encouragement from then-Dean of the College Jim Carignan ’61, Goodlatte and his wife, Maryellen Goodlatte ’74, both went to Washington and Lee School of Law, which is in the 6th District. They liked the area and stayed, Goodlatte working as an aide to Virginia Rep. M. Caldwell Butler, who represented the district from 1972 to 1983.

When he decided to retire last year, voters elected as his successor Republican Ben Cline ’94, who was a Goodlatte aide for eight years after graduation.