The 2019 U.S. Universities Debating Championship at Clemson University saw 204 teams compete for the highest-level debate prize in the country.

Bates’ Brooks Quimby Debate Council has long been hailed as one of the best college teams out there, but the team of Harry Meadows ’19 of Princeton Junction, N.J., and Abby Westberry ’19 of Readfield, Maine, knew the competition would be stiff. Plus, they’d only recently begun to debate as a team.

Maybe they would successfully “break” from the preliminary rounds into the octofinals. If they were lucky, maybe they’d reach the quarterfinals.

Modest dreams, it turns out: Westberry and Meadows made it all the way to the grand final round, facing teams from Harvard, Yale, and Duke, the eventual winner. Westberry was named the tourney’s fifth-best speaker, while Meadows tied for 11th best.

Their success left the debaters both surprised and somewhat bemused.

“After semis, I really didn’t think we had gone through, but I was content with that result,” said Meadows, reflecting on the tournament in an interview. “Then they announced the results, and the whole team went up cheering. 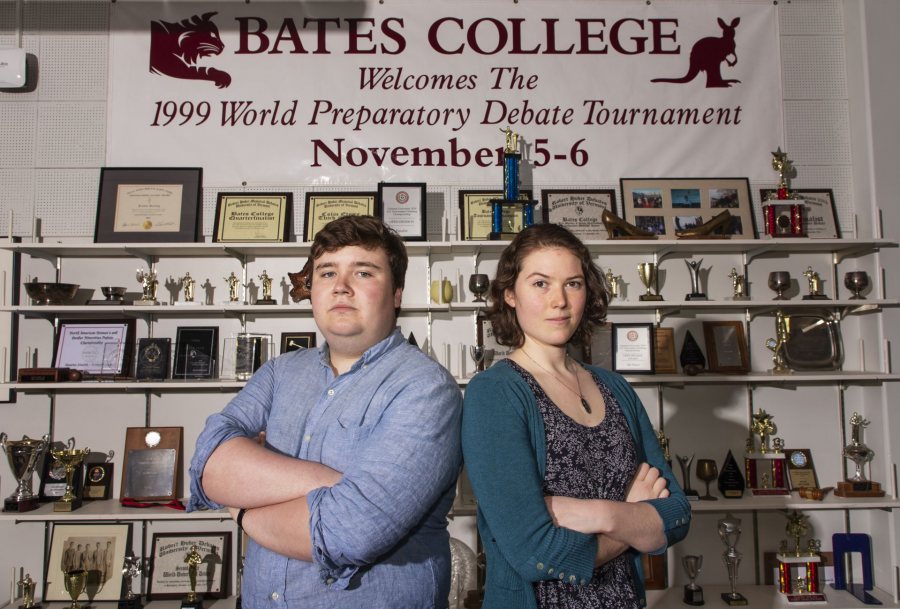 Harry Meadows ’19 and Abby Westberry ’19 were finalists in the U.S. Universities Debating Championship. Here, they pose with a wall of debate plaques and trophies in Pettigrew Hall.  (Theophil Syslo/Bates College)

In terms of their becoming a team, it’s a case of better late than never.

“We have very different skill sets,” said Meadows. “Abby’s really good at articulating arguments in a way that makes them powerful and difficult to beat. I do a lot more work of coming up with the arguments before the round.”

“I don’t know that either of us would have done this well at this tournament without the other one,”added Westberry.

“There was an excellent level of working trust between us both during prep and during the round,” Meadows agreed.

“I was so exhausted I could barely think straight.”

In typical British Parliamentary debate style, in which four teams argue for or against a motion, the championship was fast-paced, with 12 rounds — each lasting up to two hours — in three days.

Though widely renowned for its debate team, Bates does not typically make it to grand finals at the championship. “We had a little bit of an underdog status,” Meadows said. “The crowd liked that and liked us.”

By the time the pair advanced to the finals, “I was so exhausted I could barely think straight,” he added.

But there was work to do. In the grand finals, the four teams would debate whether the United States should be broken up into multiple countries. Despite their exhaustion, the two agreed that their preparation for grand finals was the highlight of the tournament. 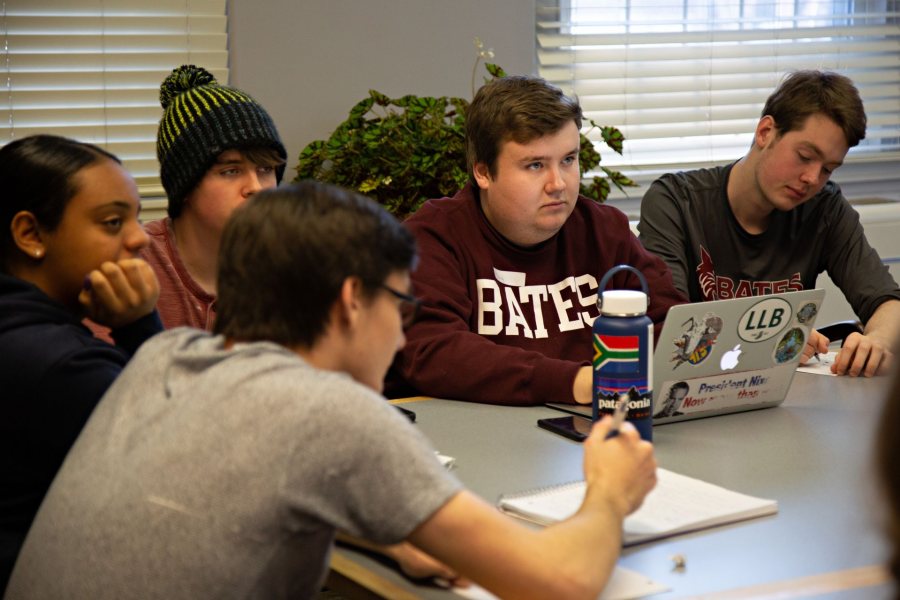 “It was very surreal,” said Westberry. “Usually, 15 minutes before you have to debate, they announce the round, and everyone will rush out in a giant swell. This time it was just four teams in a quiet room.”

“It was fun to get that motion, sit down, and think: What could we say in front of all these people that would make ourselves sound distinct?” said Meadows. “We wanted to give arguments that were interesting and compelling, not mechanistic and boring.”

“We did a good job of that, even though we didn’t win,” he added, Westberry nodding in agreement.

“We definitely got the biggest round of applause,” said Westberry. “We were by far the crowd favorite.”

Besides the surreality of competing in the grand finals, both seniors mentioned another favorite motion from Day 1, in which they had to argue for or against embracing transhumanist philosophy.

“Transhumanism is the philosophy that we should edit humanity through cybernetic enhancements and gene editing,” said Meadows, who studies philosophy at Bates. “We were on opposition, which was nice because we got to defend humanity as it is.”

“Those were our highest speaker scores as well,” said Westberry. 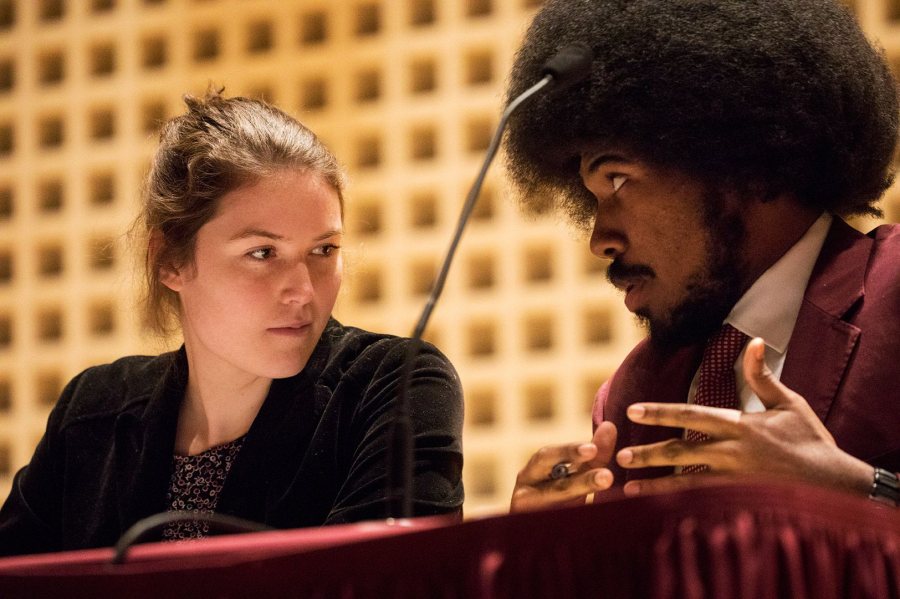 With the championship now behind them, Meadows, an English and philosophy double major, and Westberry, a sociology major, are preparing to graduate.

“It has been my pleasure to work with Harry and Abby over the past four years,” said their coach, Lecturer in Rhetoric and Director of Debate Jan Hovden. “They are both remarkable people who are incredibly talented debaters, but they are also amazing teammates and leaders on the BQDC. They will be greatly missed.”

Even though they’ll no longer be debaters, tournaments can still play an active role in their lives.

As alumni, Meadows and Westberry have the possibility to return to debate events as adjudicators, the judges who evaluate debate rounds in tournaments.

“The best way to return to debate is when it’s still fresh in your mind and you have friends who have recently competed. That’s a good way to stay engaged,” said Westberry, who has accepted a Fulbright Student award to teach English in India next year.

“I do think that debate skills like public speaking and quick thinking translate to other areas,” said Meadows, who is planning on pursuing either education or law school. “I think debate will follow us for the rest of our lives.”

Both Meadows and Westberry credit the entire Brooks Quimby Debate Council with their success. “We progressed so far because we had a big team behind us that supported us the entire way,” said Westberry.

“Thank you to everyone who sat through a bunch of practice rounds over the years,” said Meadows. “That made us better.”